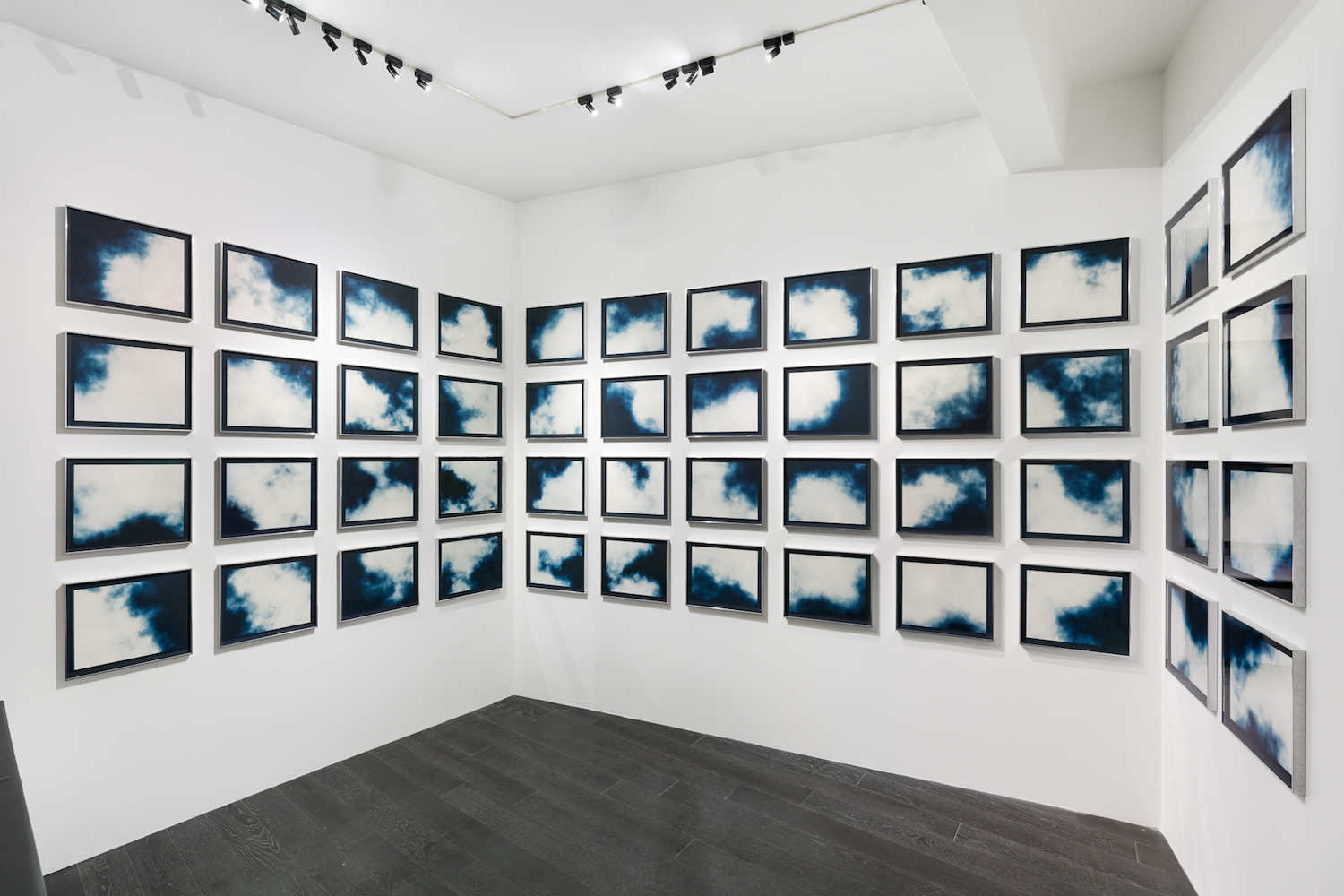 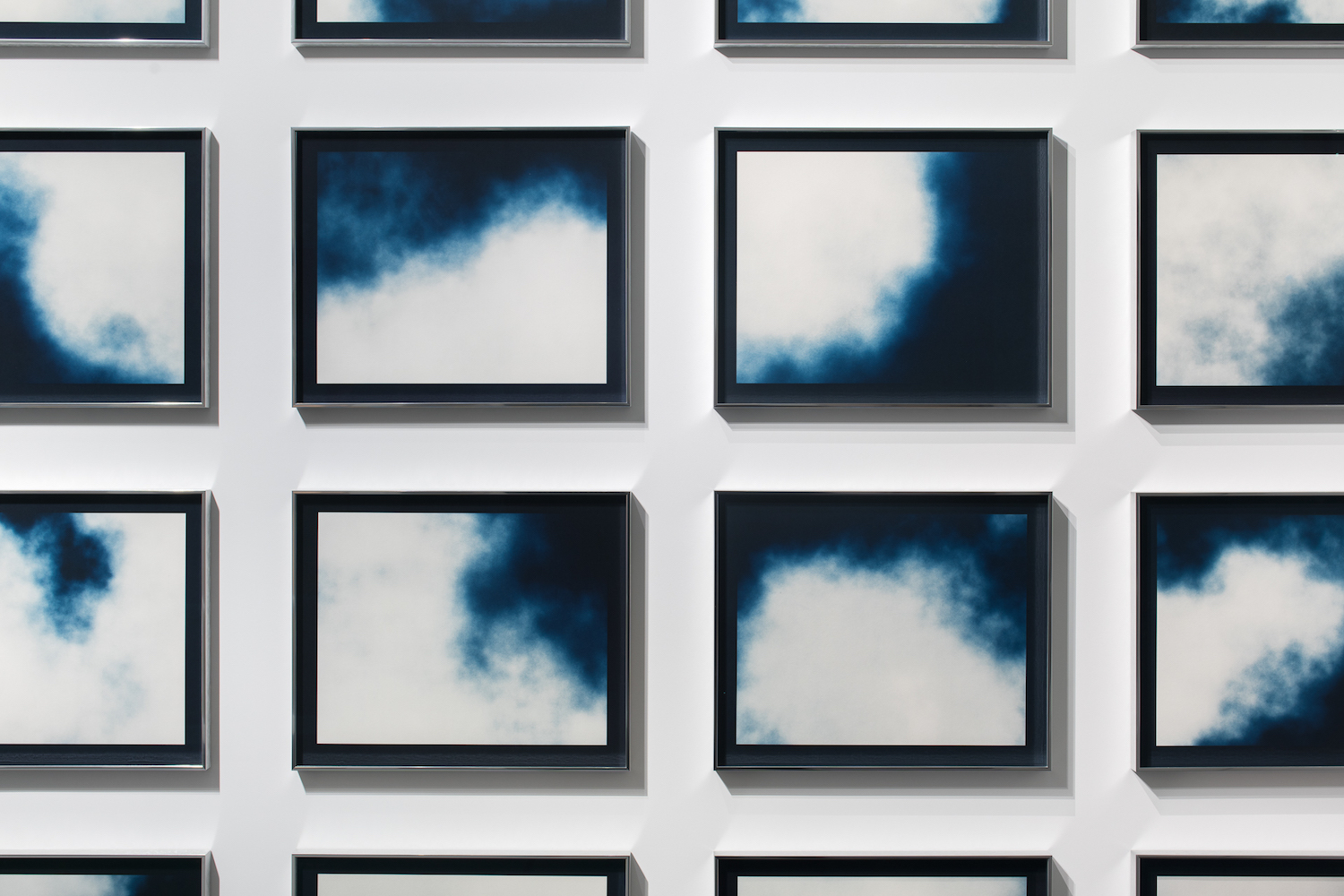 Covariance (2015) is a set of 48 photographs derived from mathematical objects realized by Raphaël Dallaporta following a dialogue with Alexandre Brouste, Professor of Mathematics at Université du Maine (France). These objects, created from mathematical functions integrating a covariance principle - a concept used in theories of probabilities and statistics - are materialized in the form of cyanotypes over platinum-palladium prints, offering the illusion of fragments of clouds in a cosmic sky.

Covariance follows Raphaël Dallaporta's artistic practice collaborating on many occasions with scientists and researchers in order to question the conditions of our existences, beginning with Antipersonnel (2010). In Covariance, each of the 48 components bares the name of Aléa (meaning 'hazard') in reference to the aleatory part of its mathematical formulation. Through these mathematical uncertainties which generate abstract and illusory images, Raphaël Dallaporta builds a continuous dialogue between science and art, questions the nature of the artistic act and evokes our own destinies resulting from numerous events, encounters and aleatory elements.

Through Covariance, Raphaël Dallaporta also comments on Equivalent (1925-31), the historical works by Alfred Stieglitz who, photographing real clouds, established a correspondance between the abstract forms and the author's moods.

Covariance was created in 2015 during Raphaël Dallaporta's residency at the French Academy in Rome - Villa Medicis. A book will be published by Rrose Editions in September.