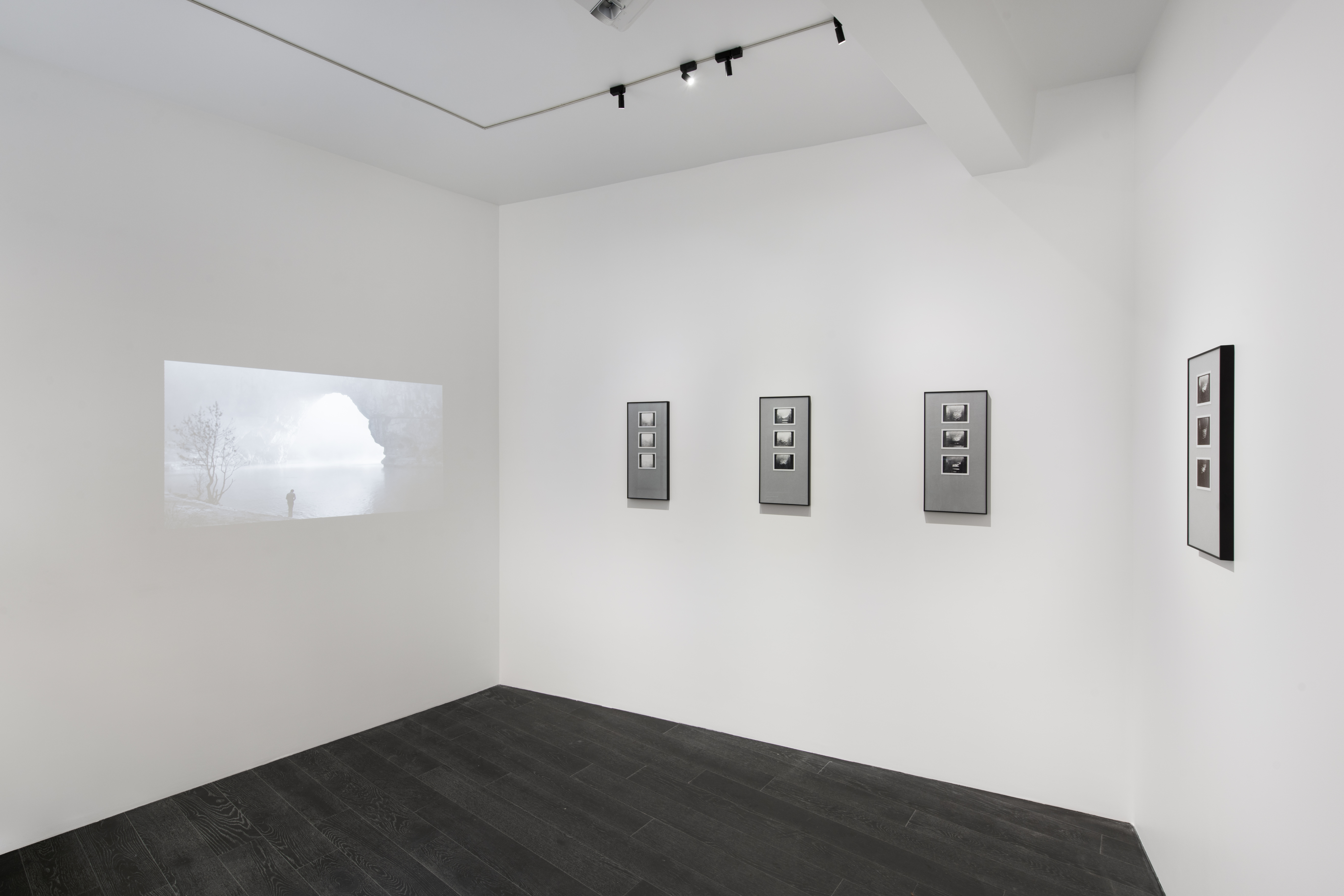 With Trouble (2016), Raphaël Dallaporta again questions the relation between science and life, by inviting the fragment of Presocratic philosopher Heraclitus: "No man ever steps in the same river twice".

In December 2015, Raphaël Dallaporta visited the Pont-d'Arc site (France) where the Ardèche river runs under a geological arch that has been standing for thousands of years. There he realized the performance entitled Trouble during which, entering the river on repeated occasions to photograph the Pont-d'Arc's reflection, he aimed to verify Heraclitus' allegorical statement. This work resulted in a video recording the artist's action and a series of Polaroids which each recorded a different image of the water surface and the waves produced by the artist's movements.

Trouble manifests the allegorical dimension of Raphaël Dallaporta's work. Using simple technical means, the artist recorded his own presence in the world and realized a metaphor of our own existences.