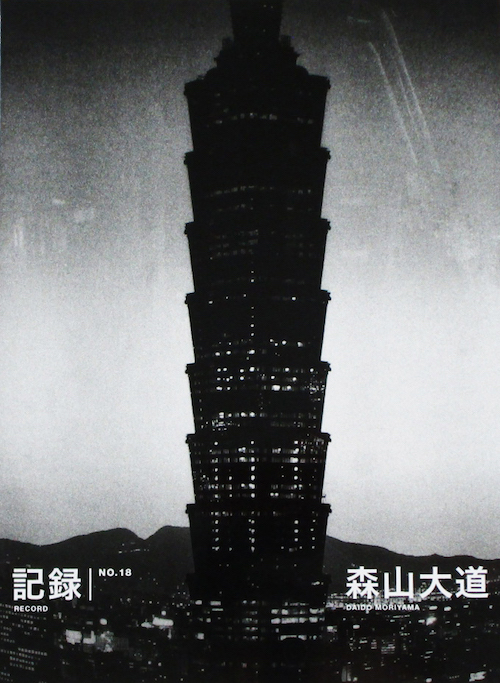 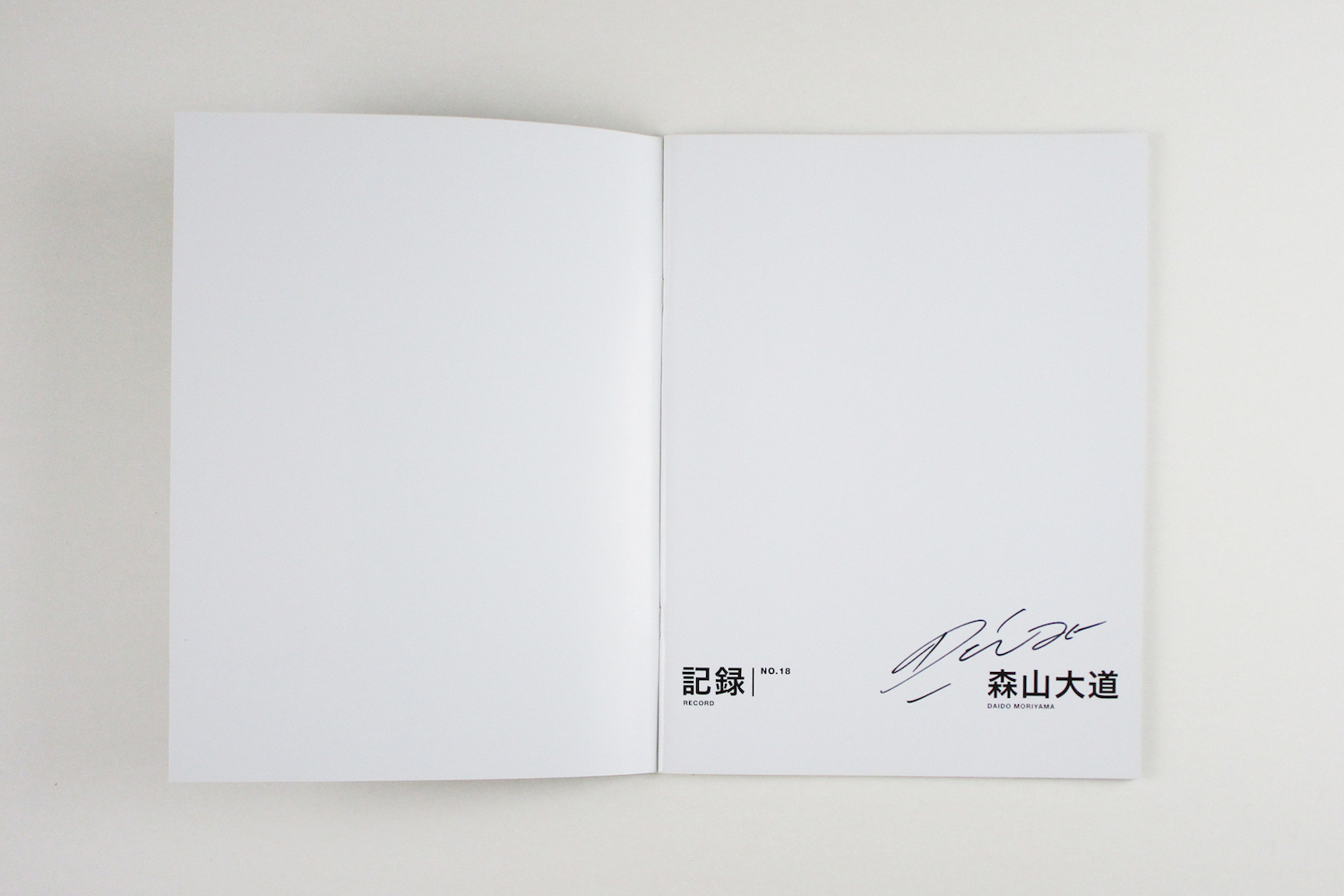 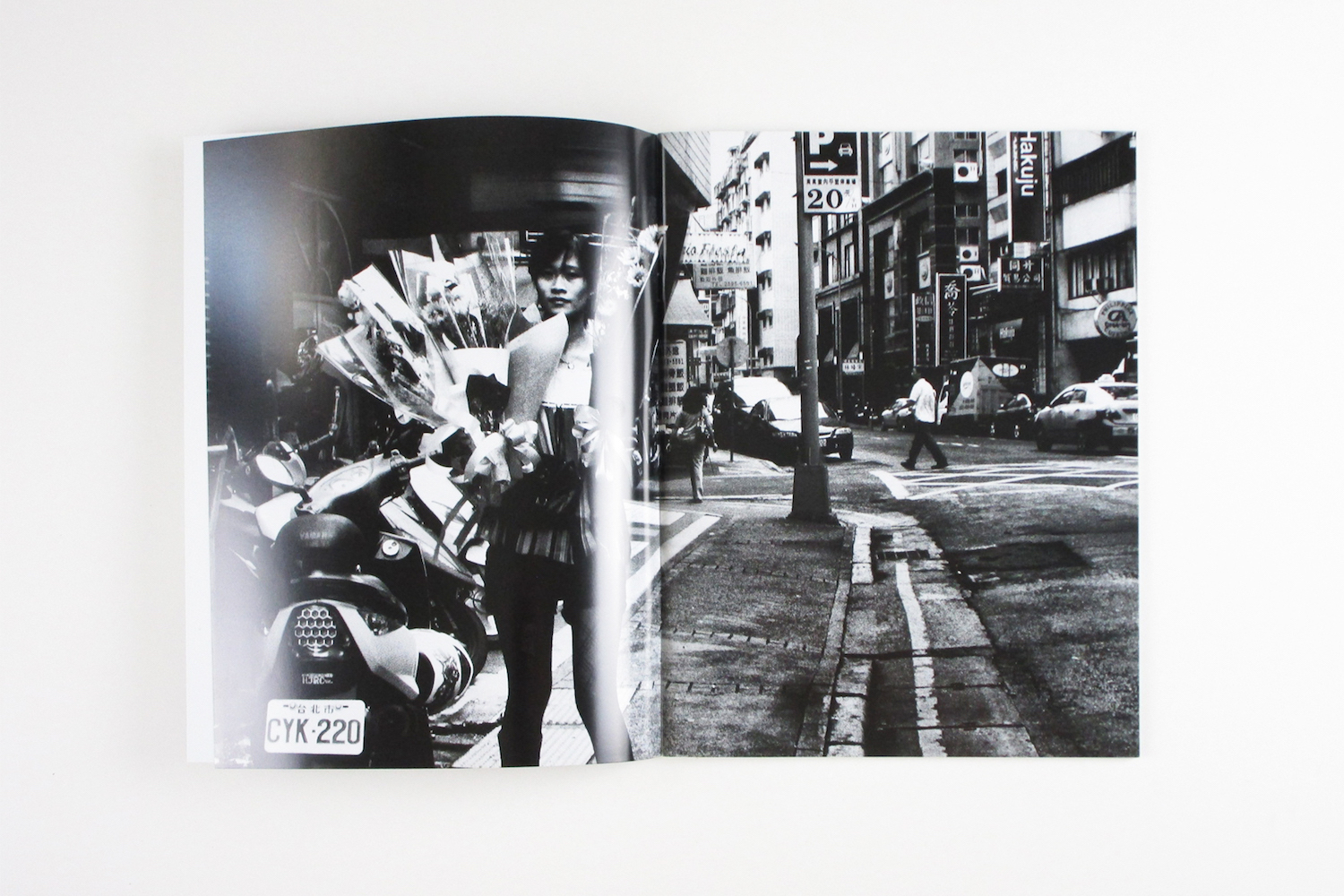 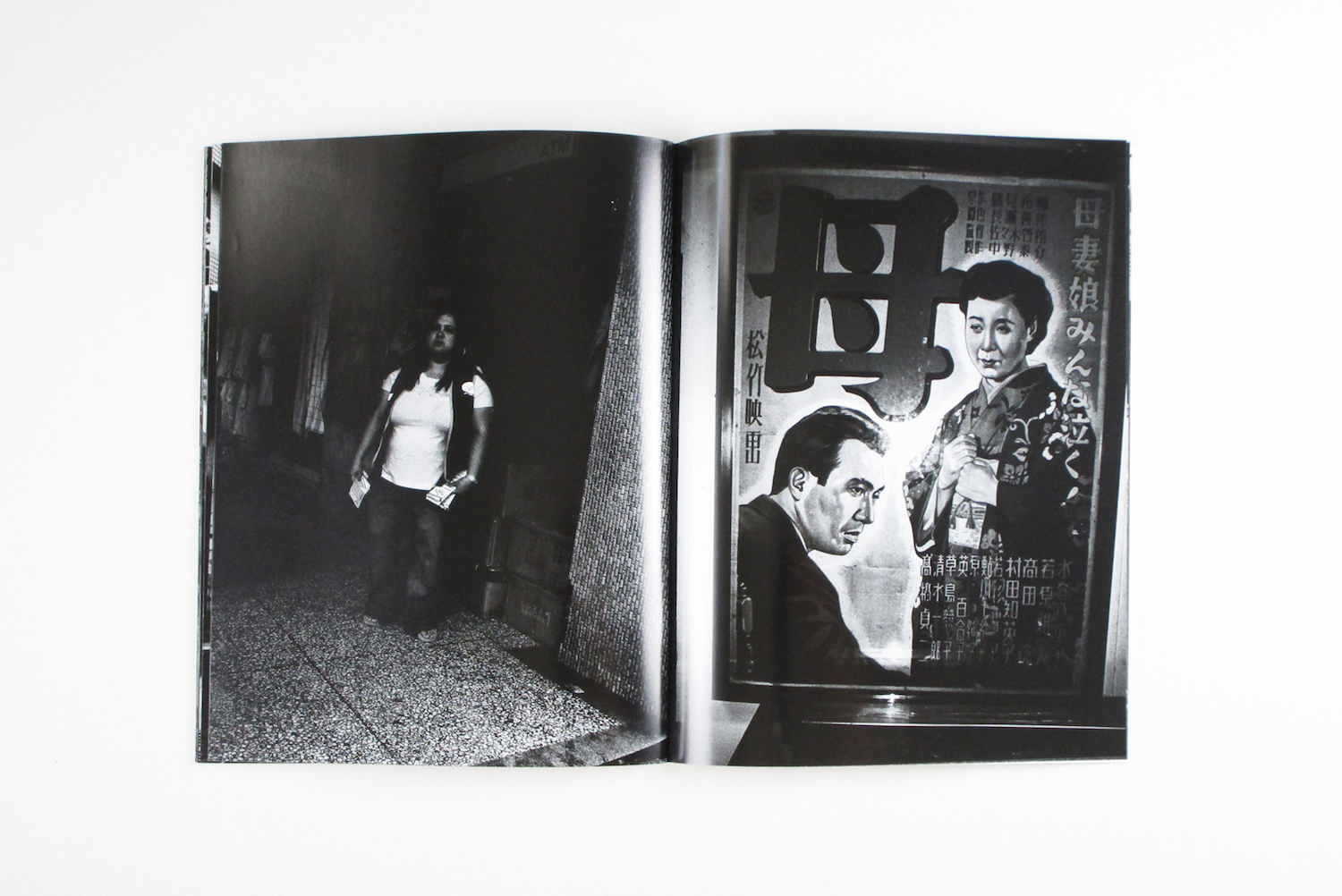 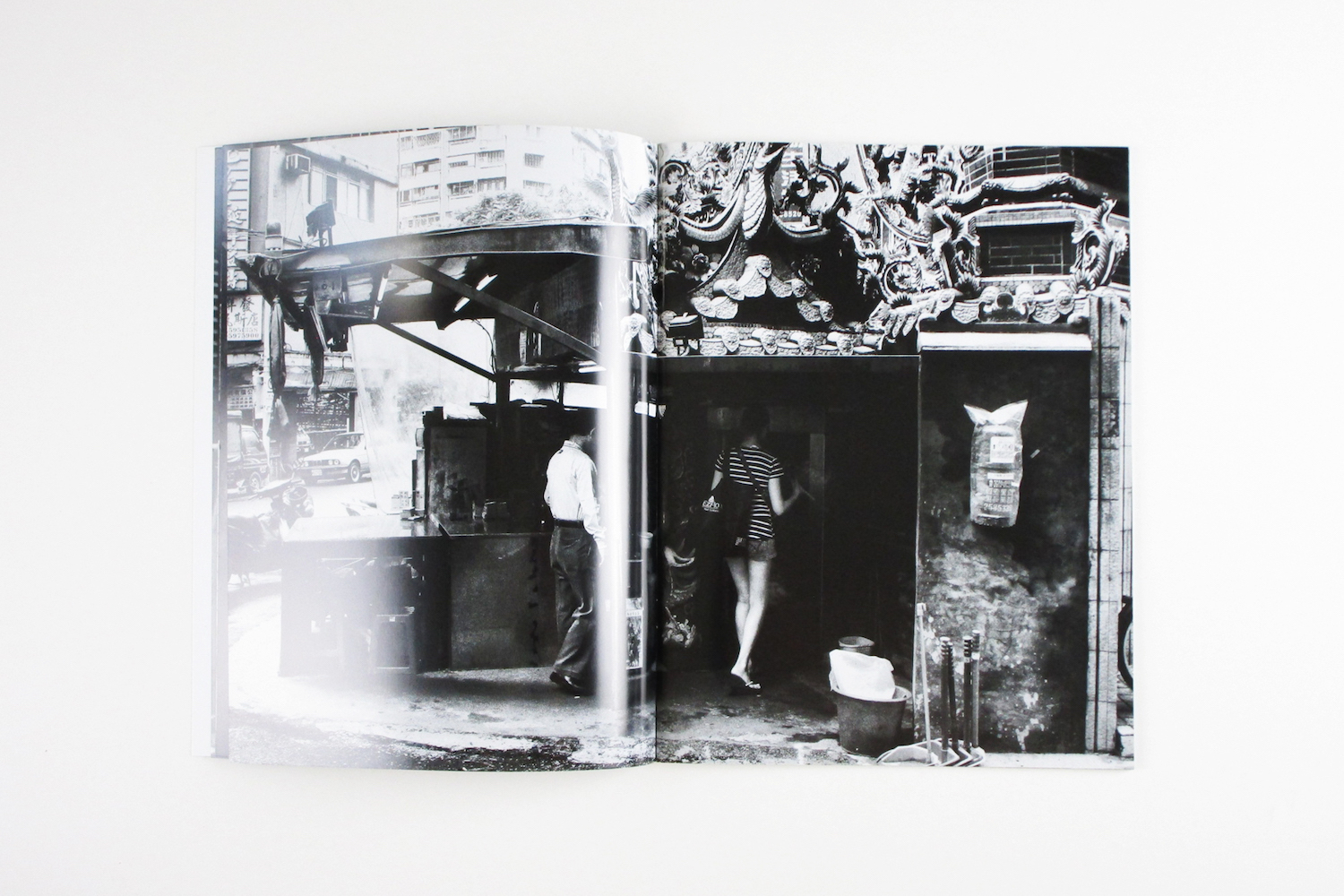 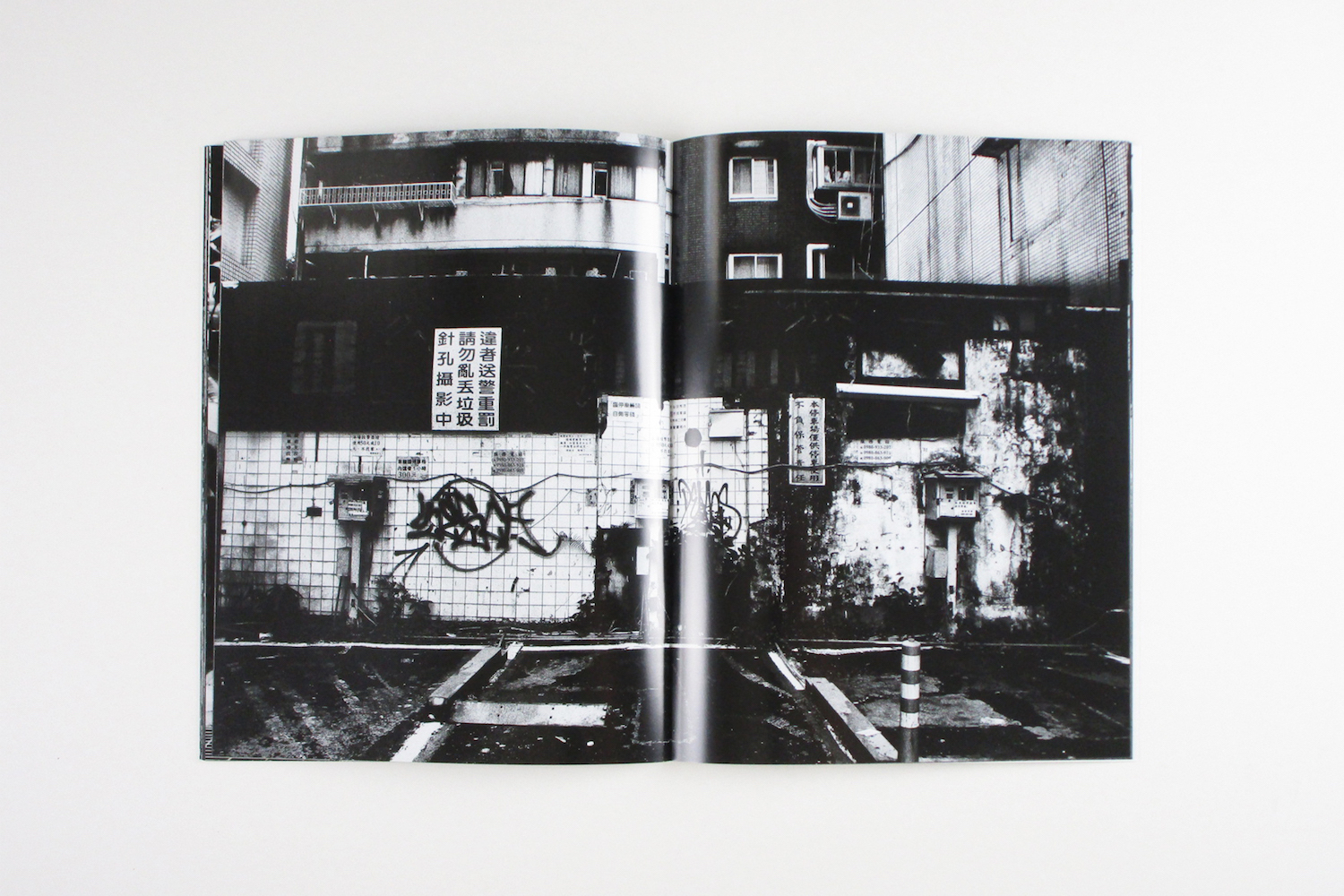 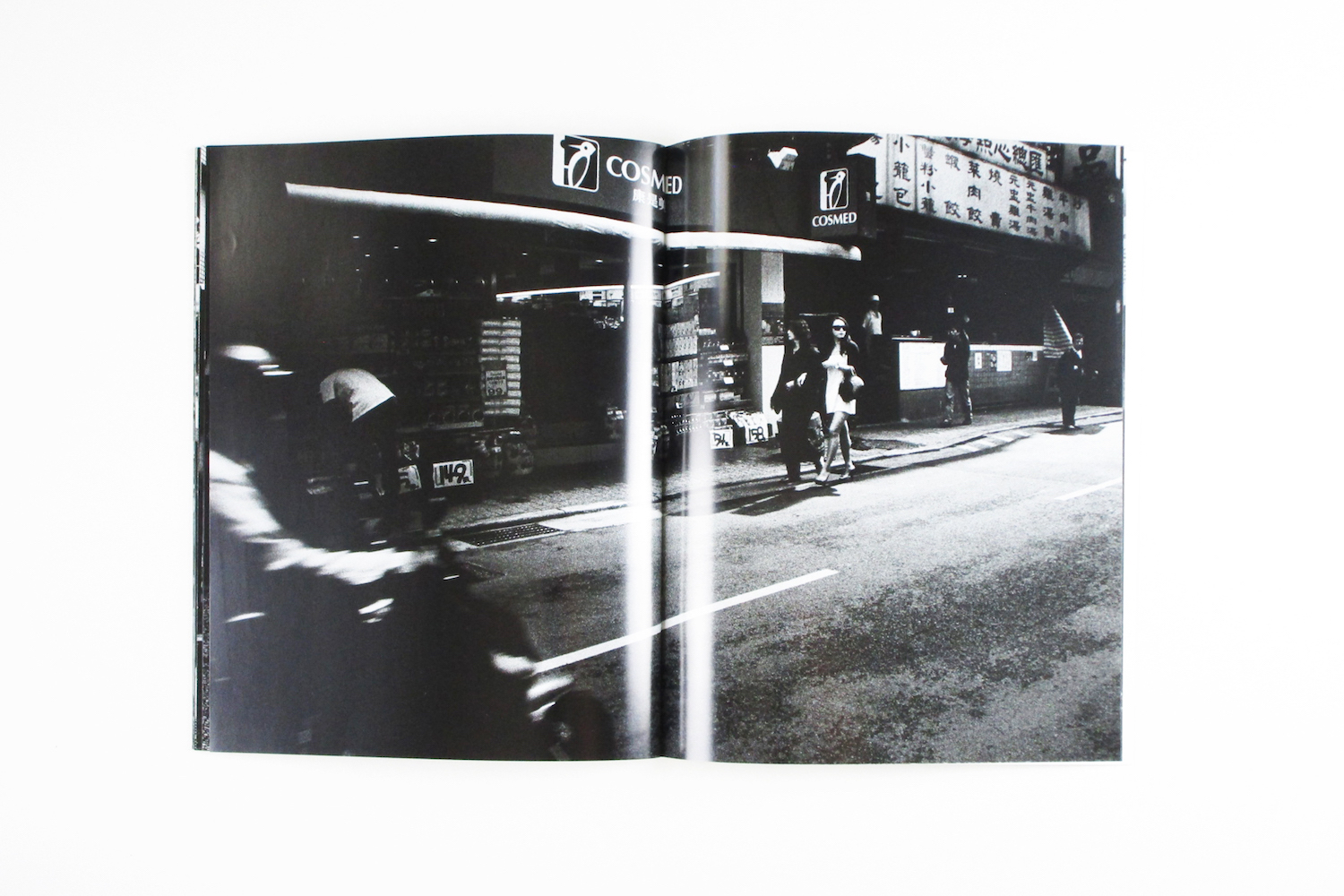 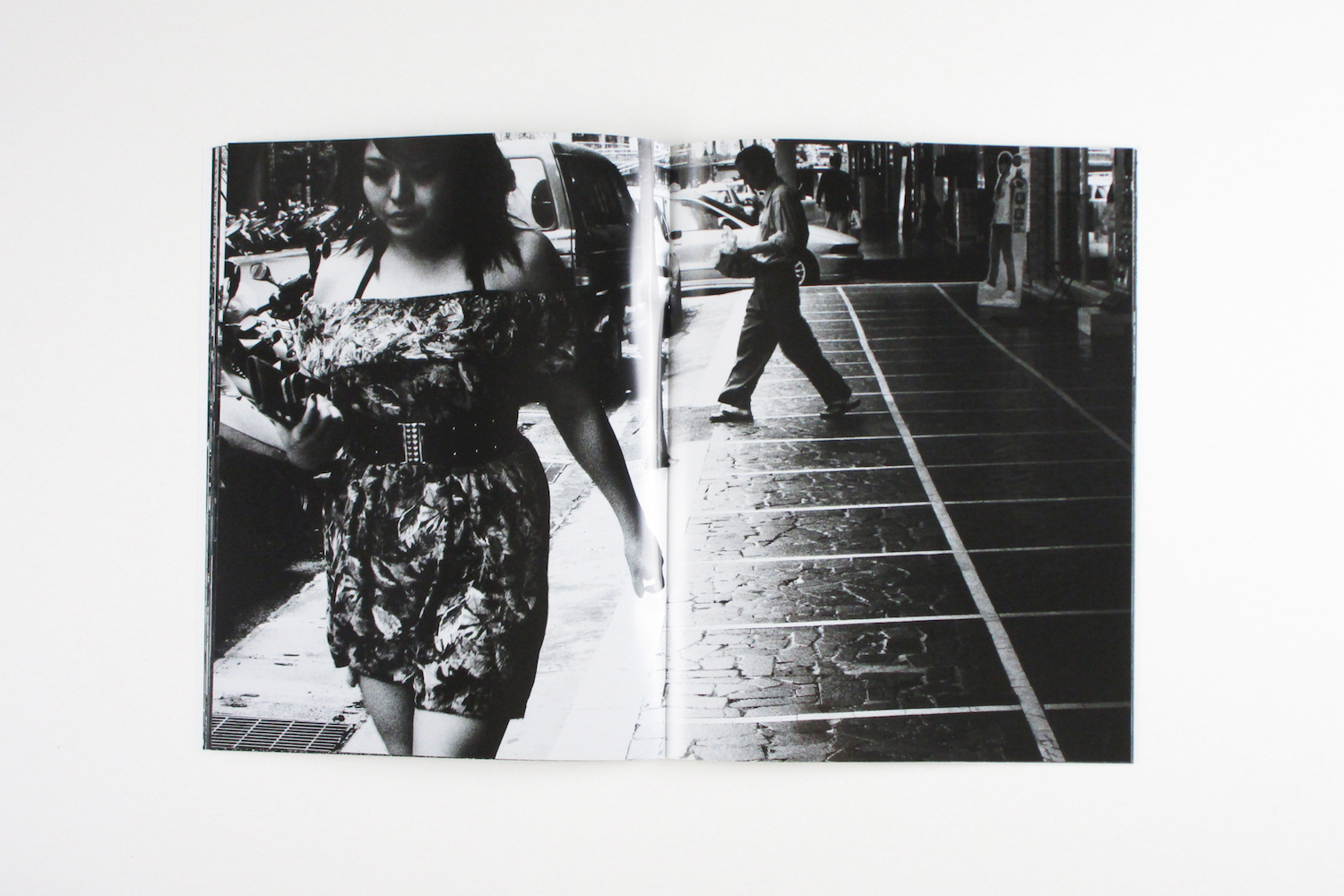 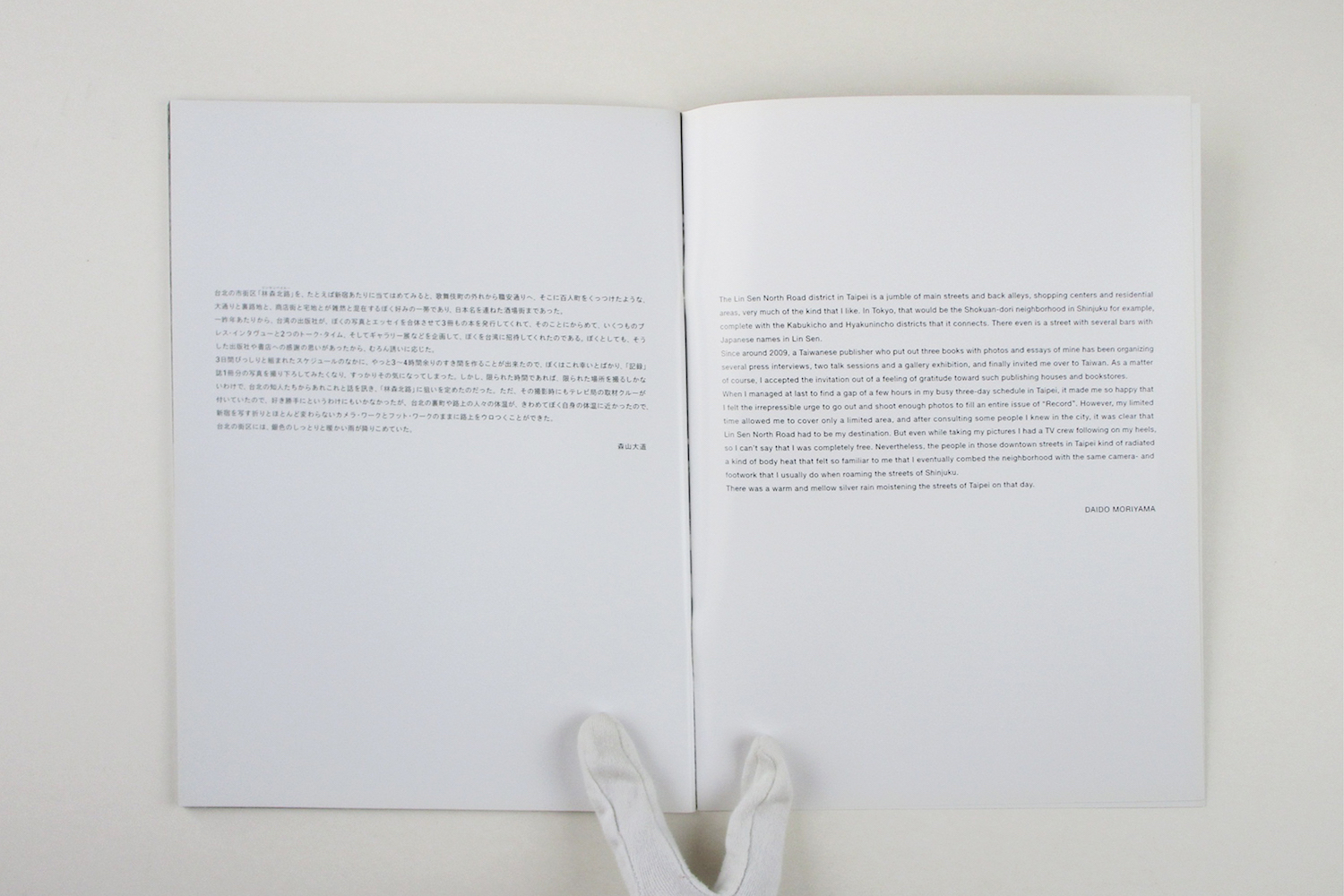 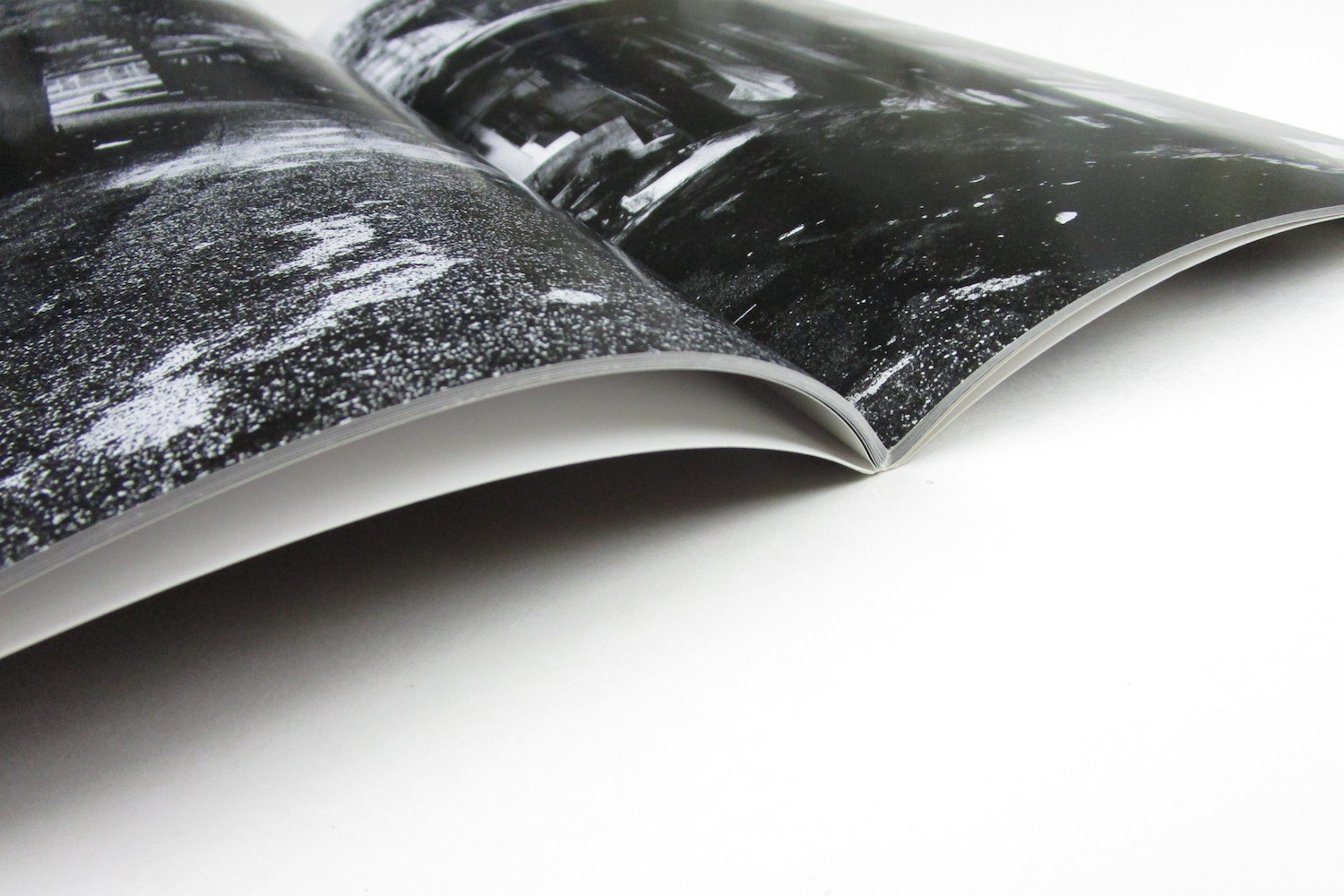 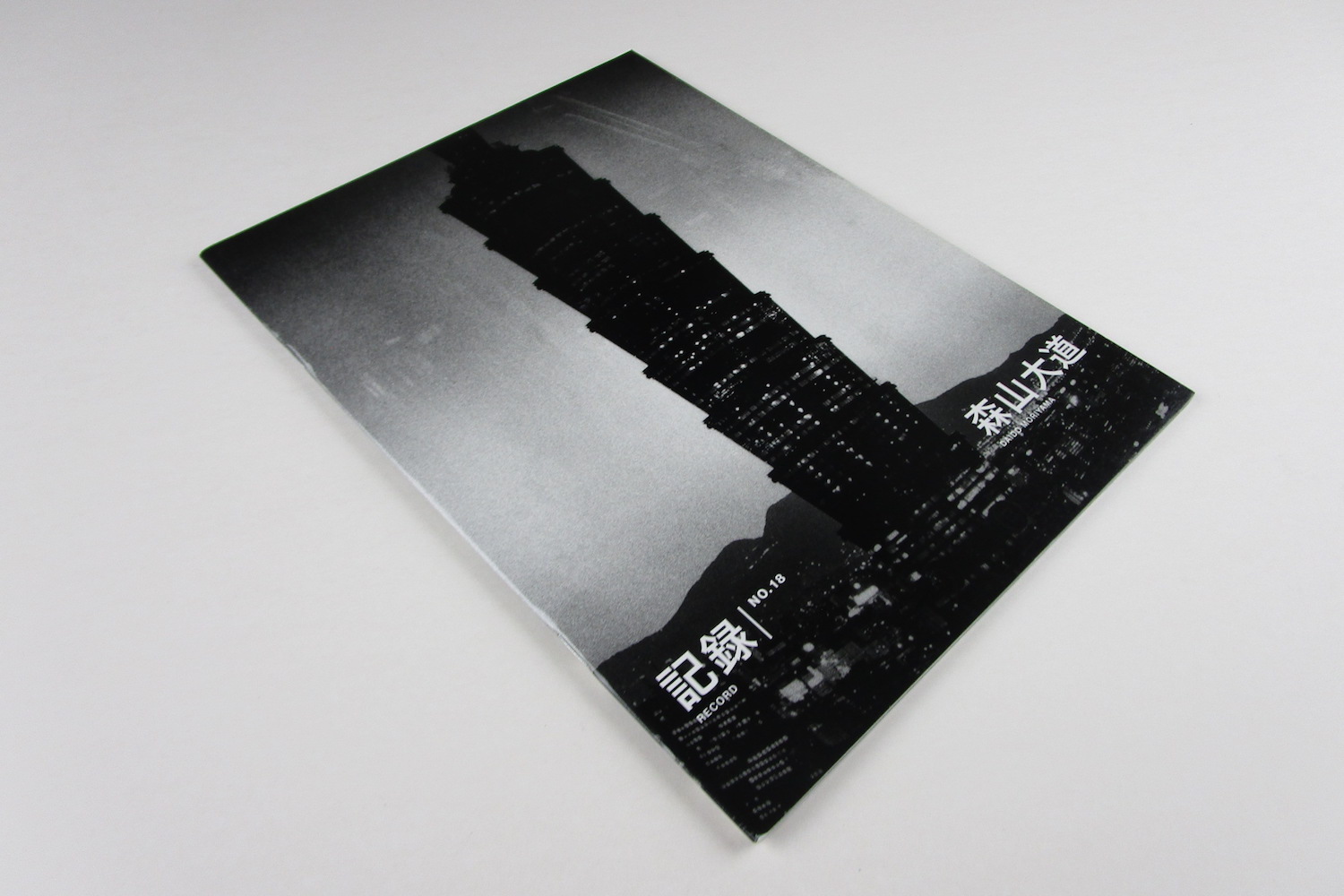 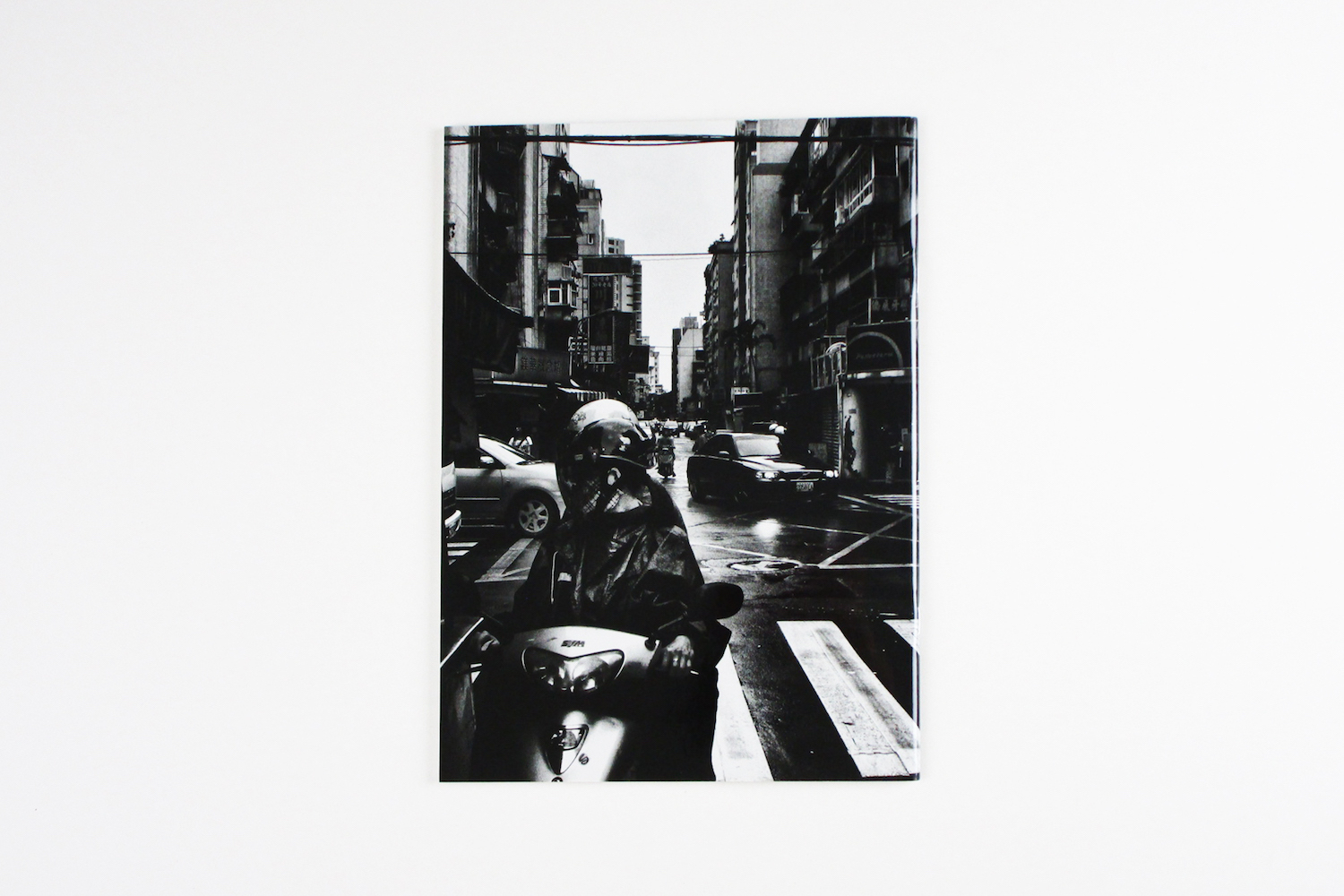 "The Lin Sen North Road district in Taipei is a jumble of main streets and back alleys, shopping centers and residential areas, very much of the kind that I like. In Tokyo, that would be the Shokuan-dori neighborhood in Shinjuku for example, complete with the Kabukicho and Hyakunincho districts that it connects. There even is a street with several bars with Japanese names in Lin Sen.
Since around 2009, a Taiwanese publisher who put out three books with photos and essays of mine has been organizing several press interviews, two talk sessions and a gallery exhibition, and finally invited me over to Taiwan. As a matter of course, I accepted the invitation out of a feeling of gratitude toward such publishing houses and bookstores.
When I managed at last to find a gap of a few hours in my busy three-day schedule in Taipei, it made me so happy that felt the irrepressible urge to go out and shoot enough photos to fill an entire issue of "Record". However, my limited time allowed me to cover only a limited area, and after consulting some people I knew in the city, it was clear that Lin Sen North Road had to be my destination. But even while taking my pictures I had a TV crew following on my heels so I can't say that I was completely free. Nevertheless, the people in those downtown streets in Taipei kind of radiated a kind of body heat that felt so familiar to me that I eventually combed the neighborhood with the same camera- and footwork that I usually do when roaming the streets of Shinjuku. There was a warm and mellow silver rain moistening the streets of Taipei on that day."

Daido Moriyama, excerpt from the afterword of Record n°18