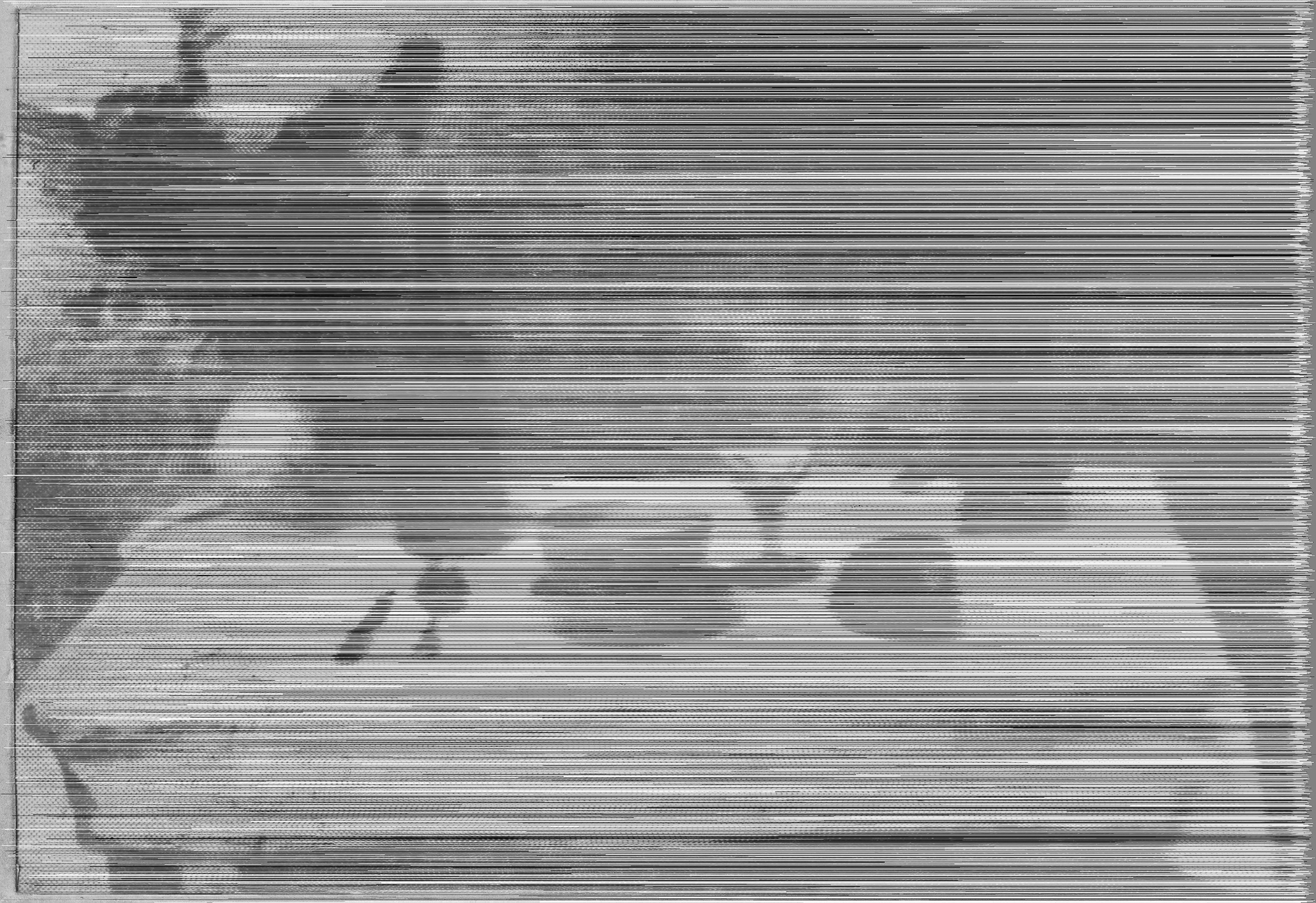 The exhibition Niépce: The Origin of the World presents, from November 3 to December 23, 2021 at Jean-Kenta Gauthier / Odéon gallery, a group of works by four artists - Daniel Blaufuks, Raphaël Dallaporta, Daido Moriyama, Hanako Murakami - each of whom is questioning the origin of photography today and thus the memory of our world.

A French engineer and inventor of genius, Joseph Niépce, known as Nicéphore Niépce (1765-1833), was the author of 133 chemical and visual experiments which, after his death, would eventually take the name of "photography". To this day, only the View from the Window at Le Gras (1827) remains, whose original plate is kept at the University of Texas. Boxes (2019) by Hanako Murakami (b. 1984) consists of 10 empty archival boxes, on which labels detail these 133 experiments, which the artist  then places on a voluminous shipping crate. As Pascal Beausse, curator of Hanako Murakami's exhibition at the Rencontres d'Arles 2019, writes, the artist offers "a sensitive dimension to the absence of these material proofs of the origin of the medium", whose history is nevertheless well known to science. This inventory, both fictional and real, is accompanied by a second work entitled Nomenclature (2019), presented from 10 to 14 November at the gallery's booth at Paris Photo, which depicts in lead letters the 27 possible designations of what would later be retained as "photography". This mural sculpture is accompanied by a stack of prints of these same terms offered to the public.

While we now take the View from the Window at Le Gras as the original image, some consider La Table servie, a still life of a table topped with dishes and a bouquet of flowers, to be the first fixed image in history. This image is said to have been made in 1823-25 with the help of the painter and photographer Louis Daguerre (1787-1851). Although it disappeared at the beginning of the 20th century, it has nevertheless survived thanks to a reproduction. As the collaboration between Niépce and Daguerre had to be carried out by letter, the two partners decided around 1830 to develop a secret code allowing them to keep each other informed of the progress of their respective work without compromising the secrecy of their invention. Each element relating to the process therefore had a corresponding number that replaced it in the letters. In 2015, Raphaël Dallaporta (b. 1980) created Correspondance by reintroducing the 101 occurrences of this encrypted code into the data of the digital image "La-table-servie.jpg" provided to him by the Musée Nicéphore Niépce in Chalon-sur-Saône, France. The result is a mysterious image that bears the trace of its epic elaboration and whose visual degradations suggest both the precautions taken by the two inventors and the impermanence of any photographic process, like the fate of this plate lost a century ago.

With The First Image (2012), Daniel Blaufuks (b. 1963) has reiterated Nicéphore Niépce's gesture in creating La Table servie, creating a set of 14 unique photographs made with an instant camera. These images, made in the author's house, show a table, domestic objects, the artist's hand- in other words, what constitutes the artist's immediate environment. For "if you are a photographer, you photograph the things closest to you, as Niépce did", reminds Blaufuks. Except that while Blaufuks was able to use a modern technique of instantaneous reproduction, Niépce's initial photograph required an exposure time of several hours dictated by the rudiments of photography at the time. In this way, Daniel Blaufuks' polaroids reveal the illusion of La Table servie which, for the 21st century viewer used to the instantaneous, appears as a banal scene of daily life.

In the 1970s, Daido Moriyama (b. 1938) discovered, thanks to a Japanese magazine, a reproduction of View from the Window at Le Gras, a photograph made by Niépce in the summer of 1827 and depicting the inner courtyard of his house in Saint-Loup-de-Varennes in Burgundy. From the 1980s onwards, this image became a recurring motif in the work of the Japanese artist, who hung an 80x100 cm reproduction on the walls of his room. "I can see it several times a day. Every time I look at this photograph, it speaks to me. As a photographer, it reminds me daily of the origins and essence of photography, and of the existence of light and shadow," he wrote. In 1984, while writing a series of articles that would constitute the first volume of his autobiography, Moriyama devoted an entire text entitled "The Myth of Light" to the View from the Window at Le Gras. He writes: "This fossilised image is for me nothing other than the memory of light. And the memory that this first photograph carries is absolutely not Niépce's, nor mine, I who look at it. This photograph is, in a way, the memory of the world and the memory of photography [...]. The irony of history is that this image ended up becoming both the world's first photograph and the world's first memory of light. In my opinion, it is therefore also the myth of light. In 1990, Daido Moriyama published Letter to Saint-Loup (for Saint-Loup-de-Varennes), a fictional letter sent through time and space of 128 images to the inventor of photography. In 2008, he made his long-awaited trip to Saint-Loup-de-Varennes, where he made a photograph from the same vantage point as Niépce in 1827, facing the first floor window of the house. The three photographs presented in the exhibition were published in 2013 in View from the Laboratory, a book dedicated to this journey to Burgundy. In 2017, Daido Moriyama visited the University of Texas and photographed the original plate, which was kept in a box to protect the object from corrosion and blackening, thus concluding a project that had lasted more than three decades.

Like Daido Moriyama, who wrote about the View from the Window at Le Gras that "it would perhaps be more accurate to say that this photograph must be felt and sensed, rather than seen with the eyes alone, in order to truly appreciate it", Niépce: The Origin of the World attempts not to explain the technical birth of photography but to express the mystery and miracle that constitutes the invention of the medium.