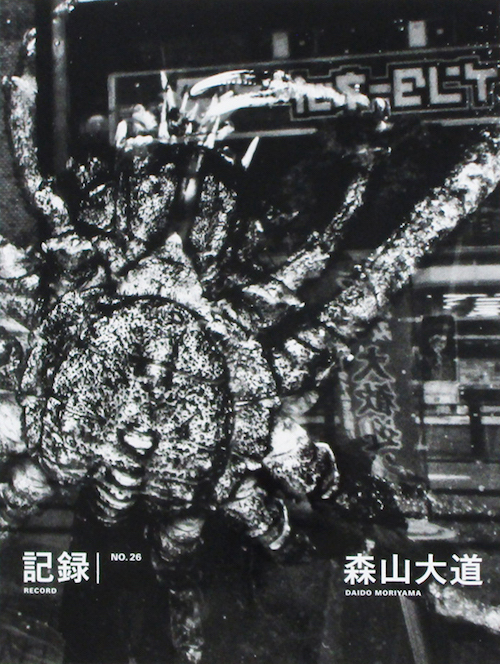 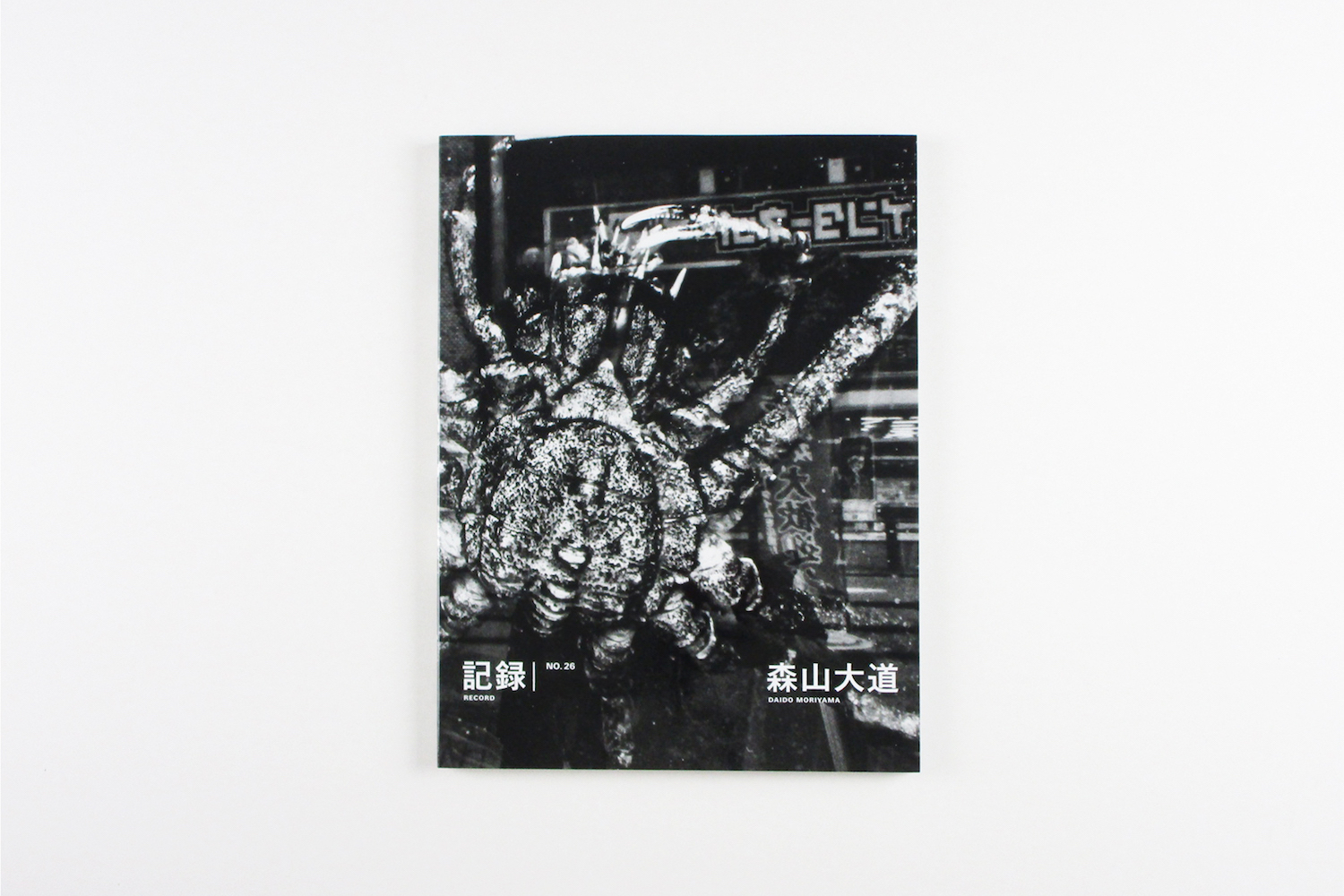 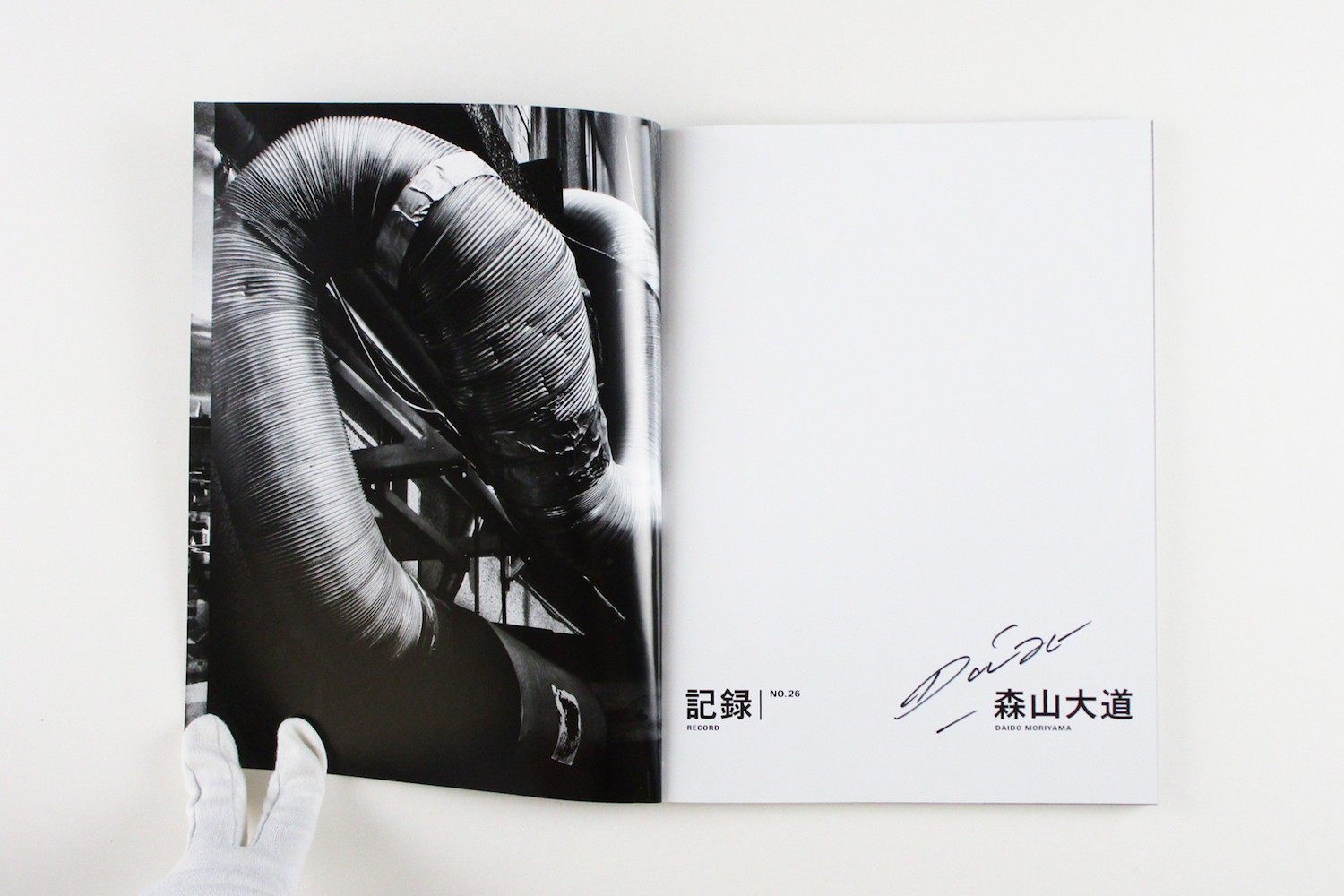 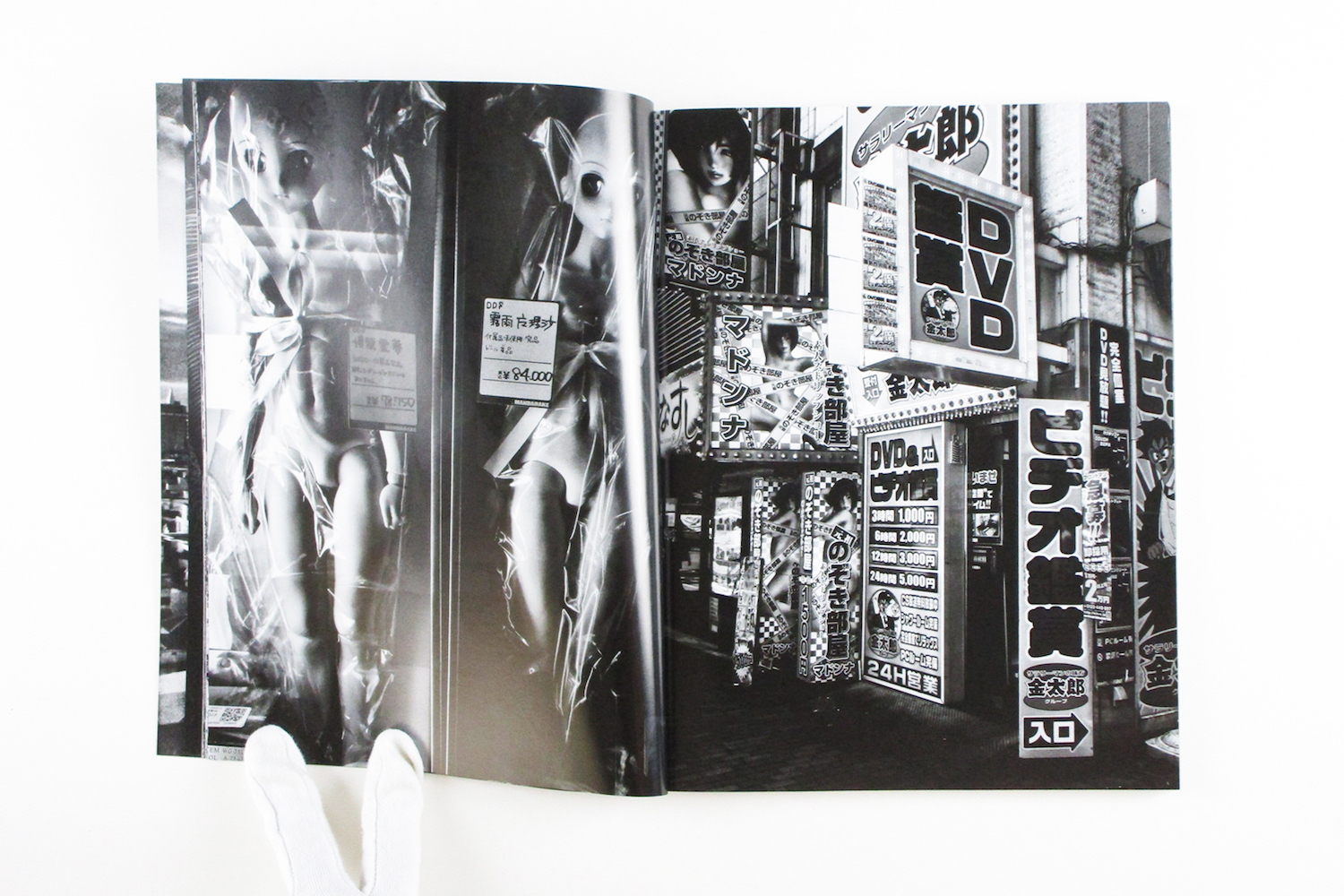 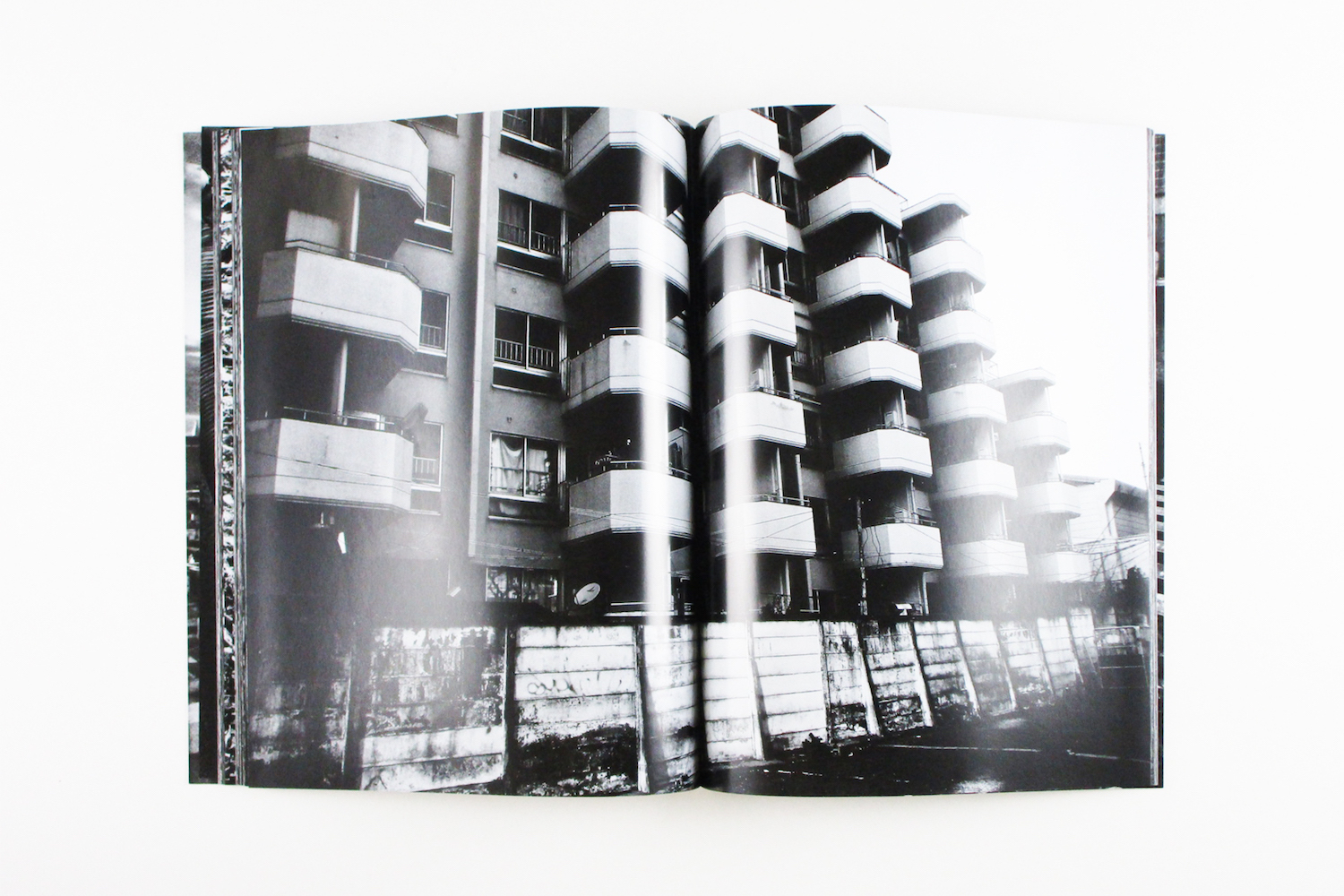 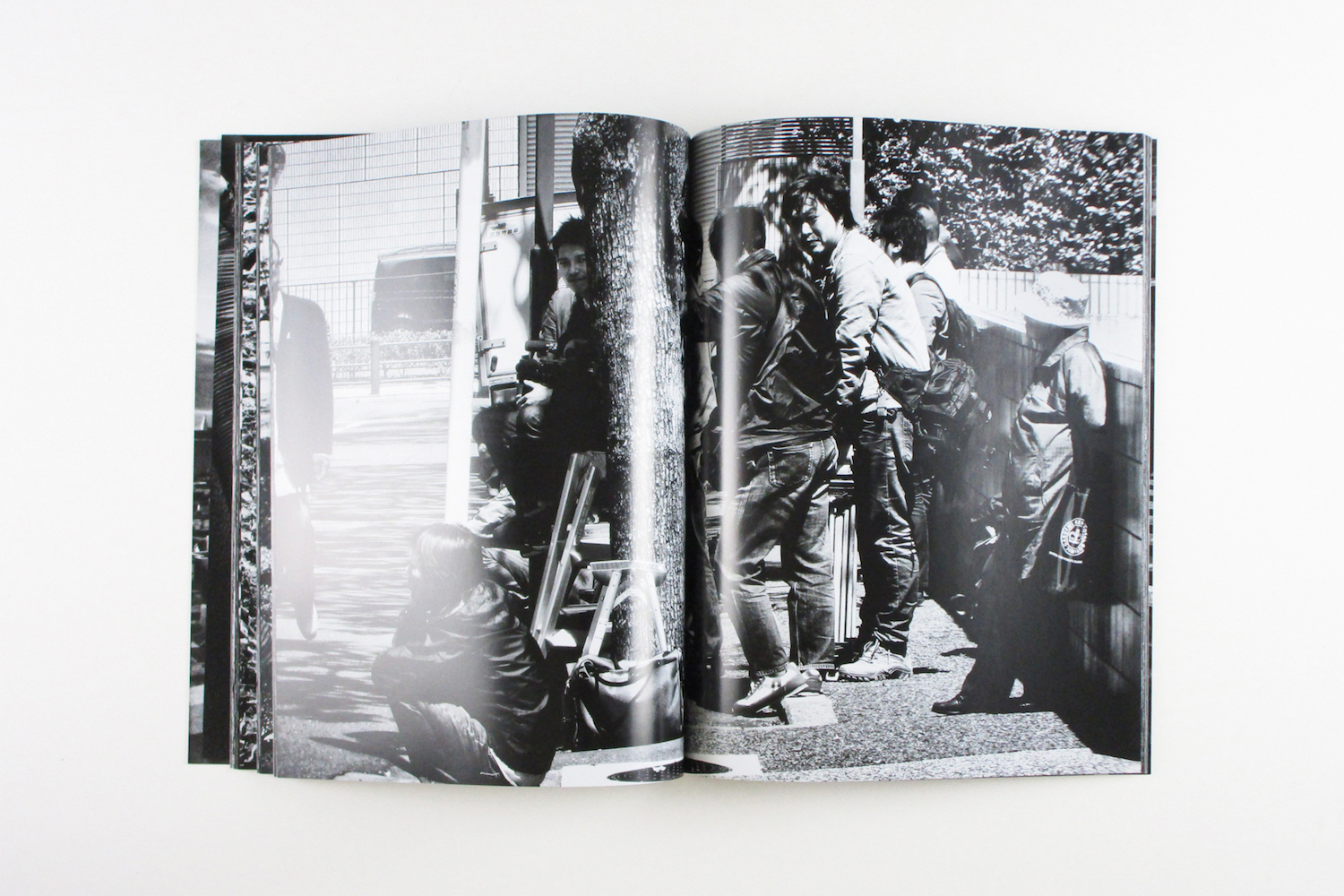 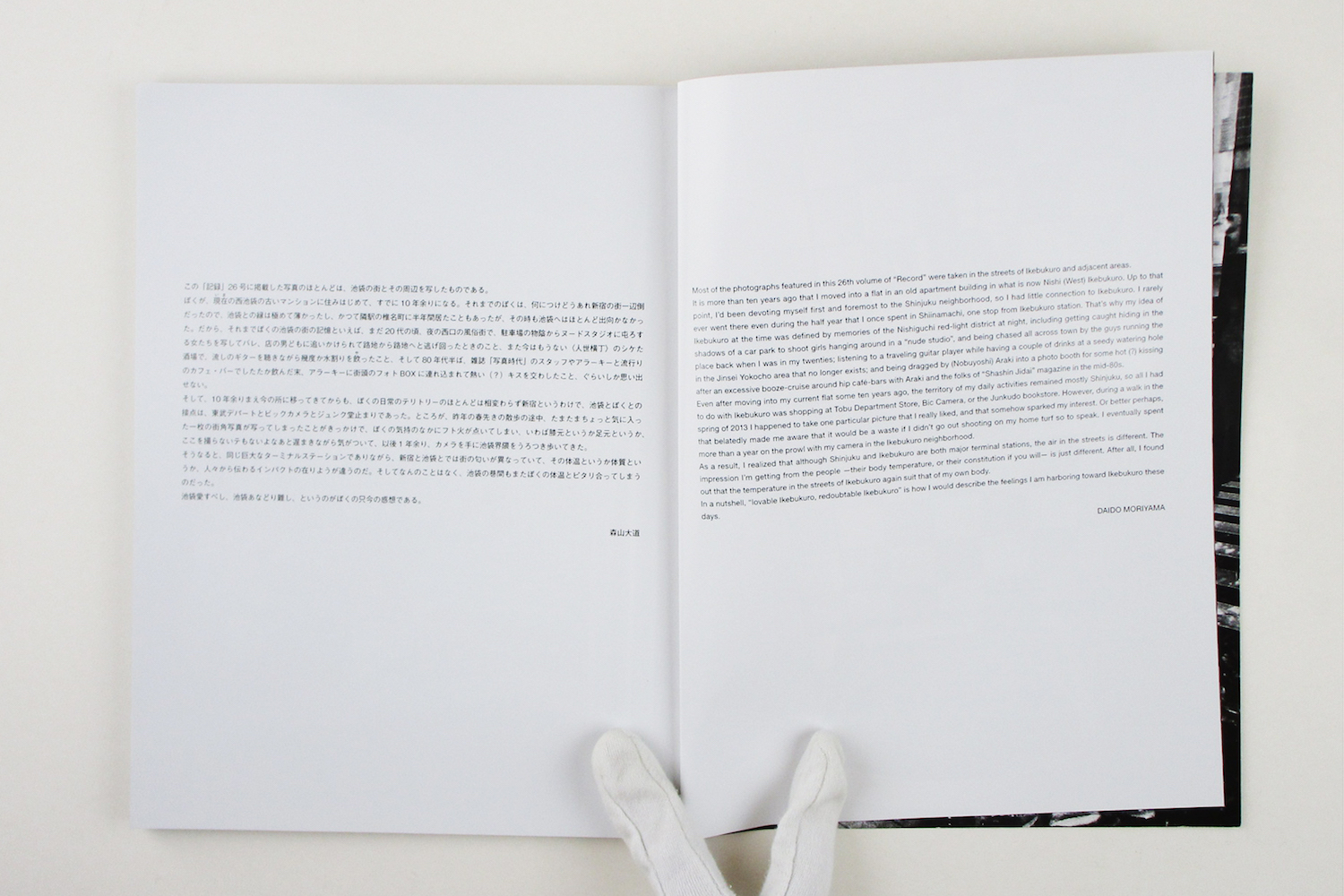 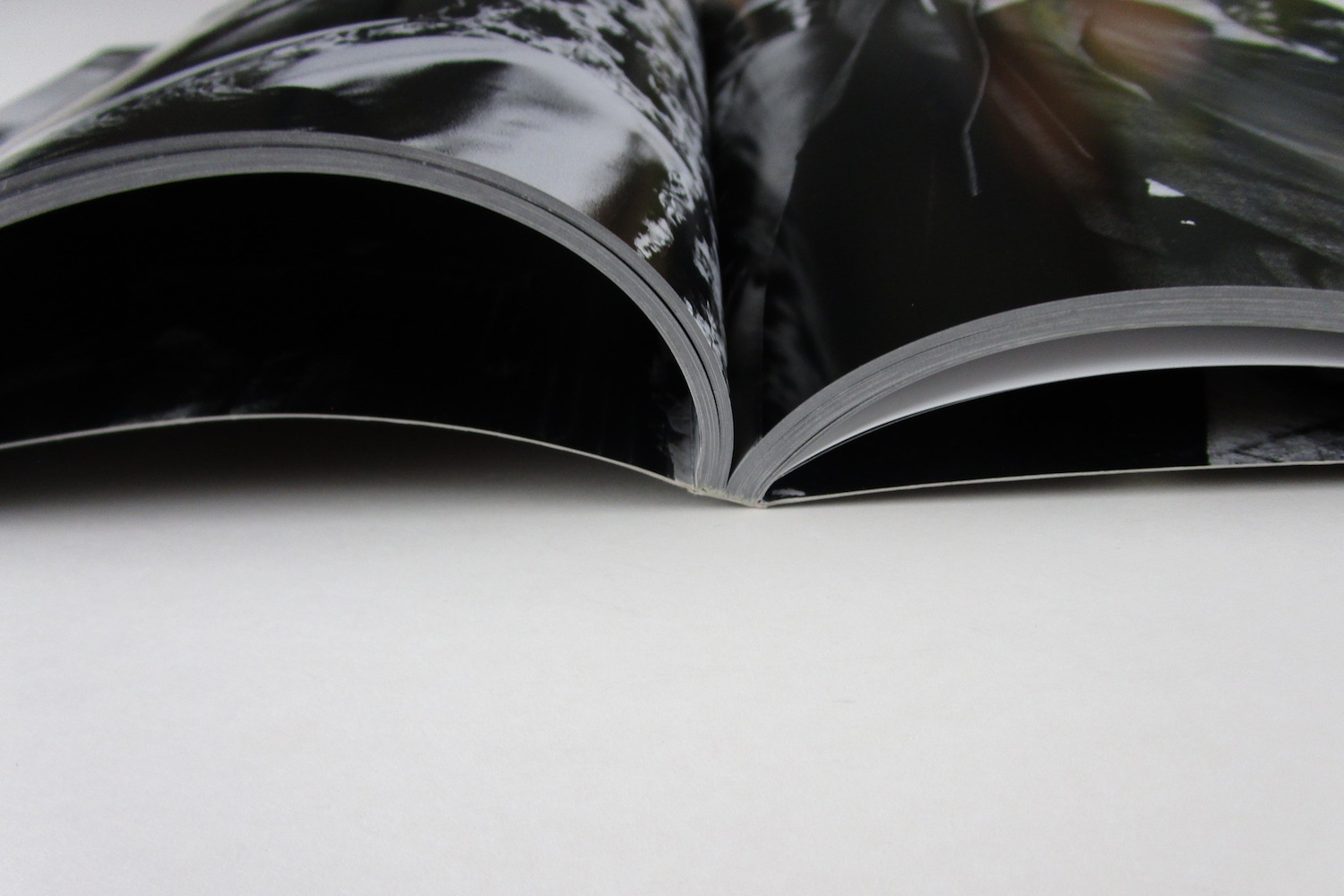 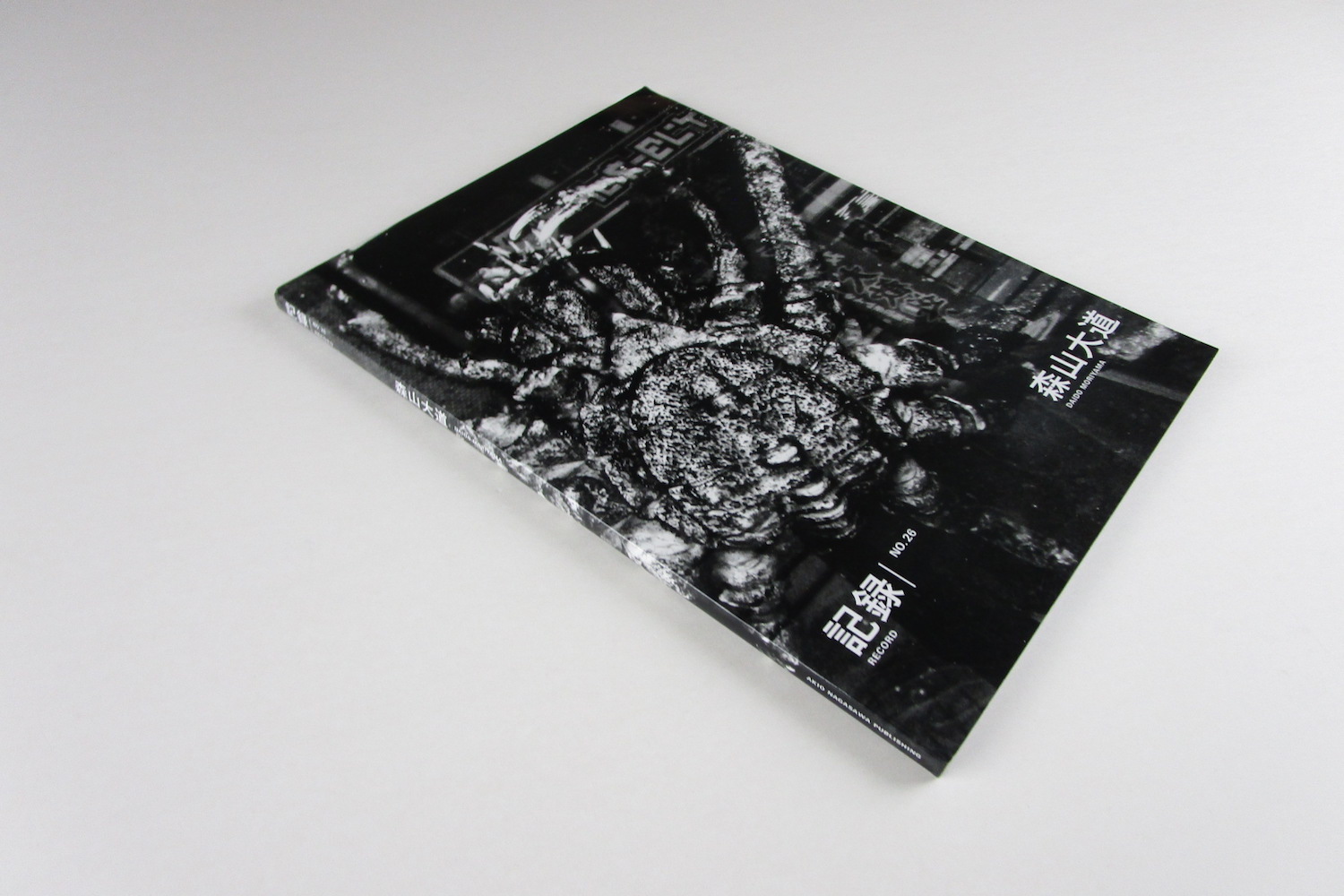 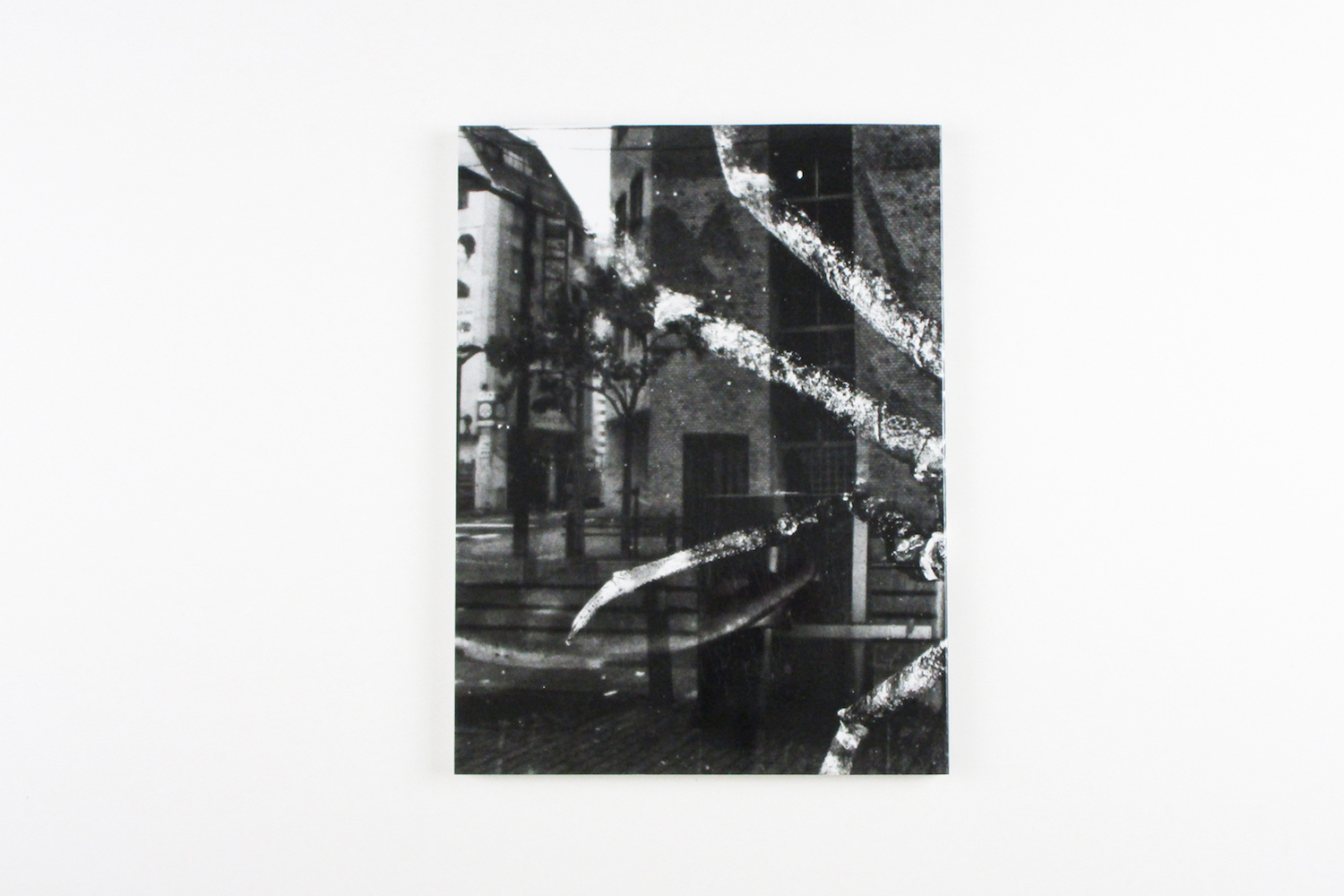 "Most of the photographs featured in this 26th volume of "Record" were taken in the streets of Ikebukuro and adjacent areas.
It is more than ten years ago that I moved into a flat in an old apartment building in what is now Nishi (West) Ikebukuro. Up to that point, I’d been devoting myself first and foremost to the Shinjuku neighborhood, so I had little connection to Ikebukuro. I rarely ever went there even during the half year that I once spent in Shinamachi, one stop from Ikebukuro station. That’s why my idea of Ikebukuro at the time was defined by memories of the Nishiguchi red-light district at night, including getting caught hiding in the shadows of a car park to shoot girls hanging around in a “nude studio”, and being chased all across town by the guys running the place back when I was in my twenties; listening to a traveling guitar player while having a couple of drinks at a seedy watering hole in the Jinsei Yokocho area that no longer exists; and being dragged by (Nobuyoshi) Araki into a photo boot did some hot (?) kissing after an excessive booze-cruise around hip café-bars with Araki and the folks of "Shashin Jidai" magazine in the mid-80s.
Even after moving into my current flat some ten years ago, the territory of my daily activities remained mostly Shinjuku, so all I had to do with lkebukuro was shopping at Tobu Department Store, Bic Camera, or the Junkudo bookstore. However, during a walk in the spring of 2013 I happened to take one particular picture that I really liked, and that somehow sparked my interest. Or better perhaps, that belatedly made me aware that it would be a waste if I didn't go out shooting on my home turf so to speak. I eventually spent more than a year on the prowl with my camera in the lkebukuro neighborhood.
As a result, I realized that although Shinjuku and Ikebukuro are both major terminal stations, the air in the streets is different. The impression I’m getting from the people - their body temperature, or their constitution if you will- is just different. After all, I found out that the temperature in the streets ok Ikebukuro again suit that of my own body. In the streets of Ikebukuro again suit that of my own body. In a nutshell, “lovable Ikebukuro” is now I would describe the feelings I am harboring toward Ikebukuro these days."

Daido Moriyama, excerpt from the afterword of Record n°26