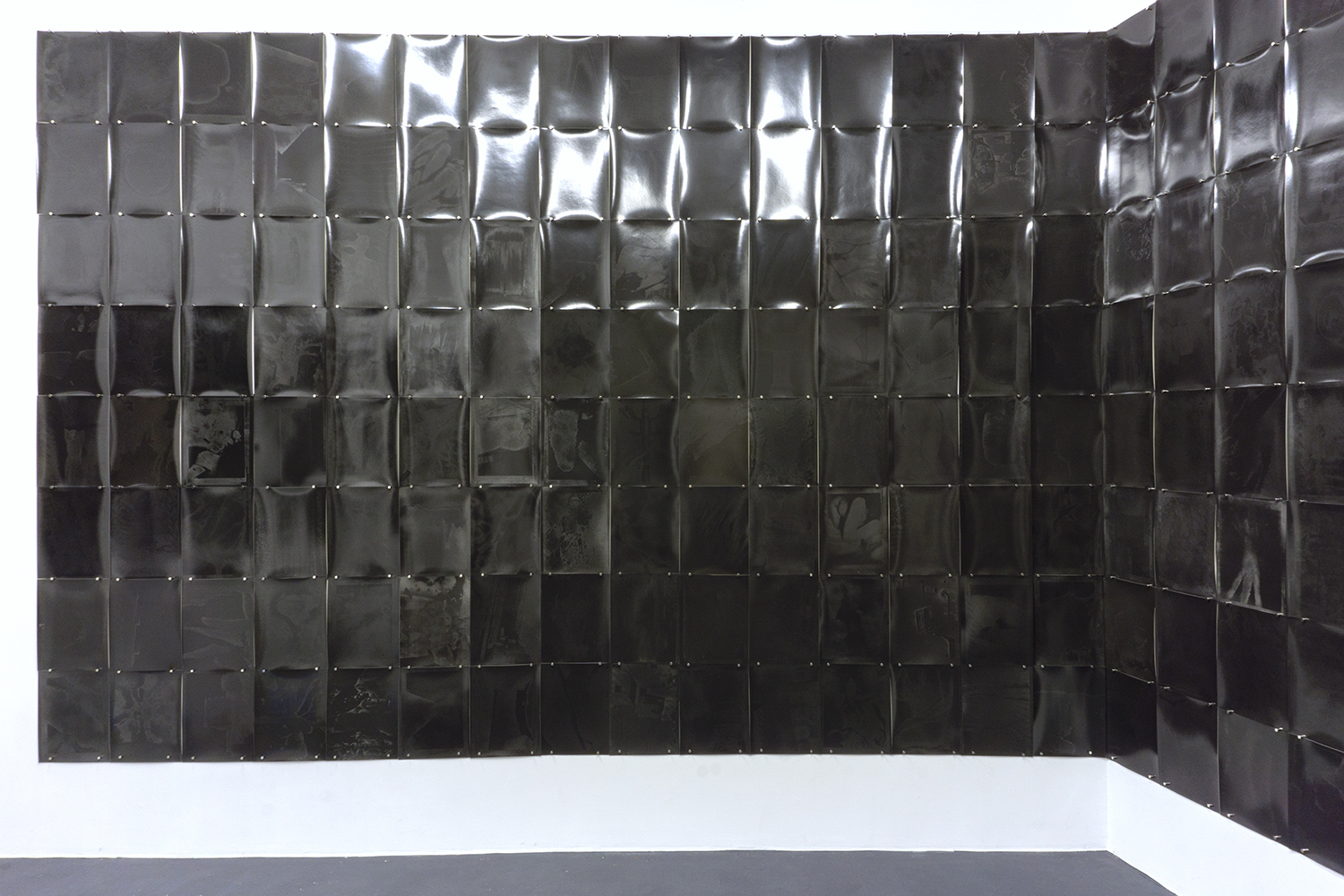 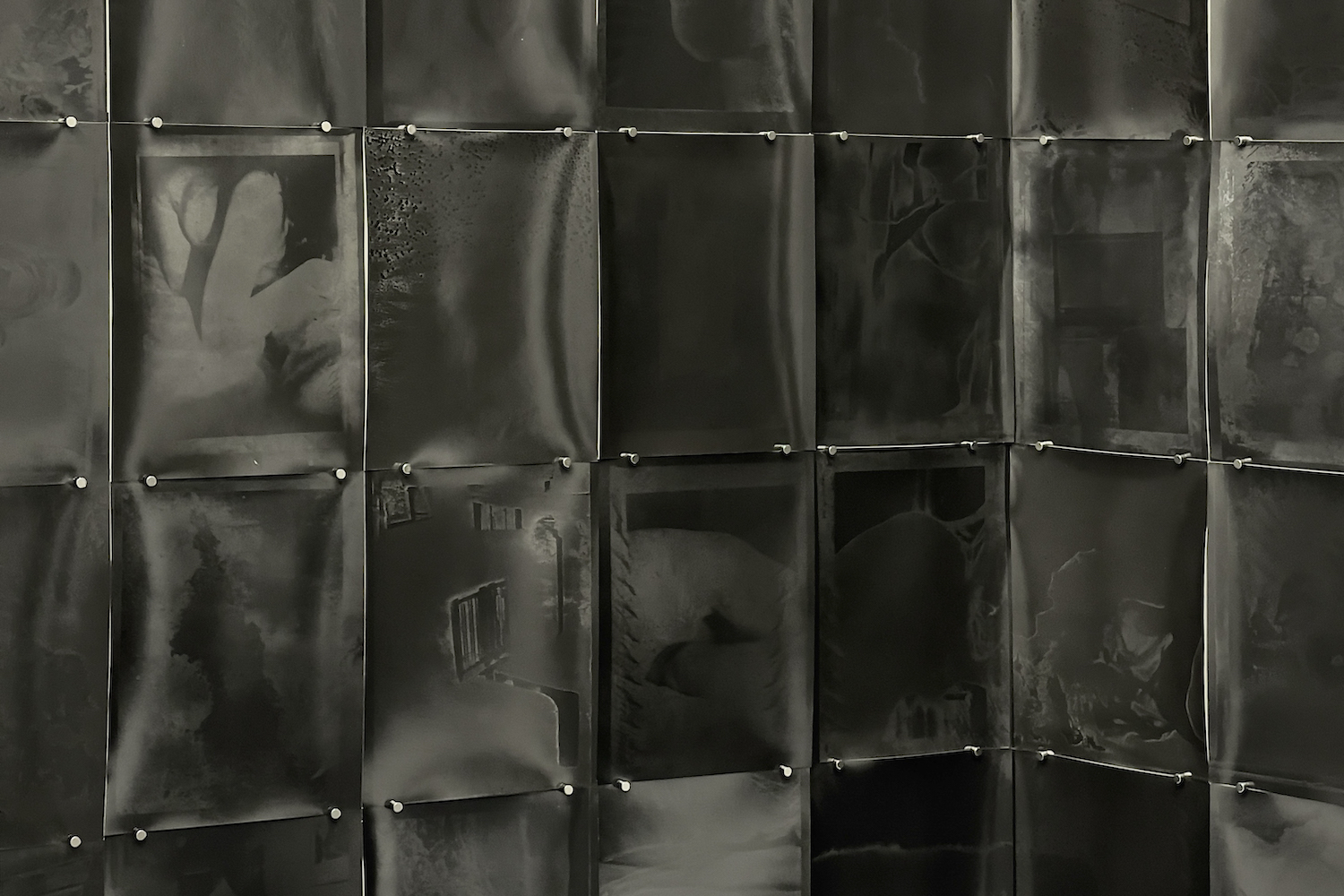 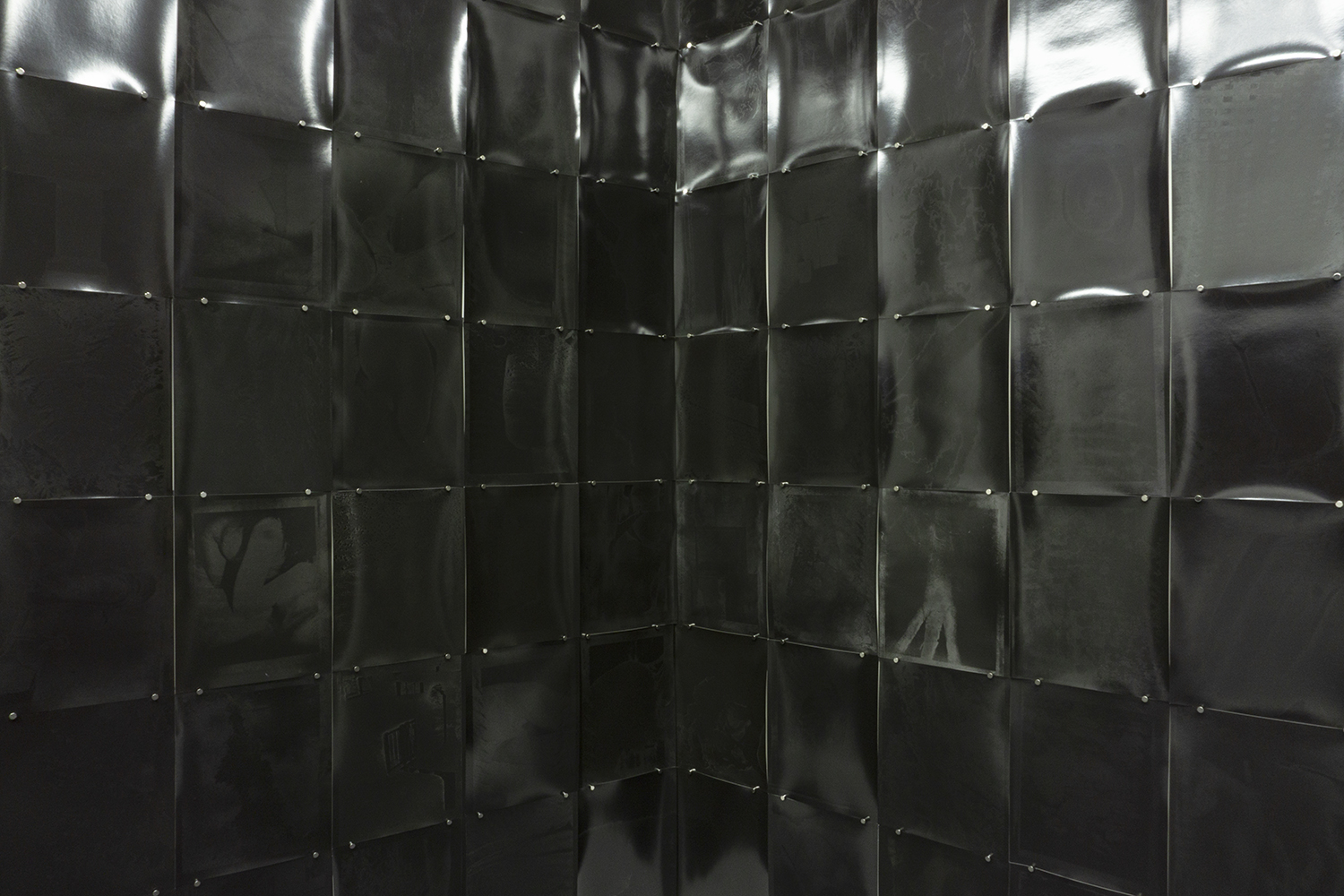 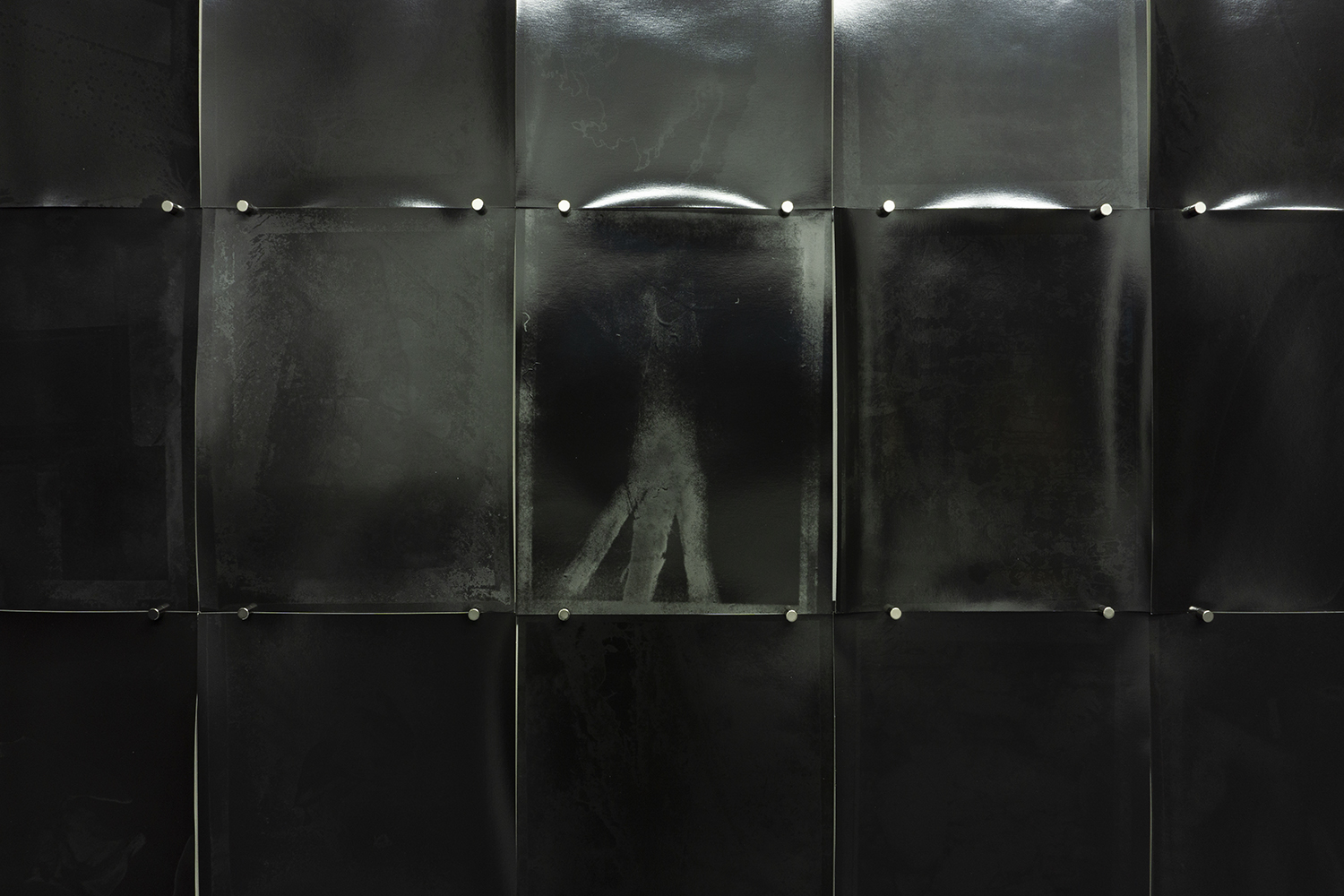 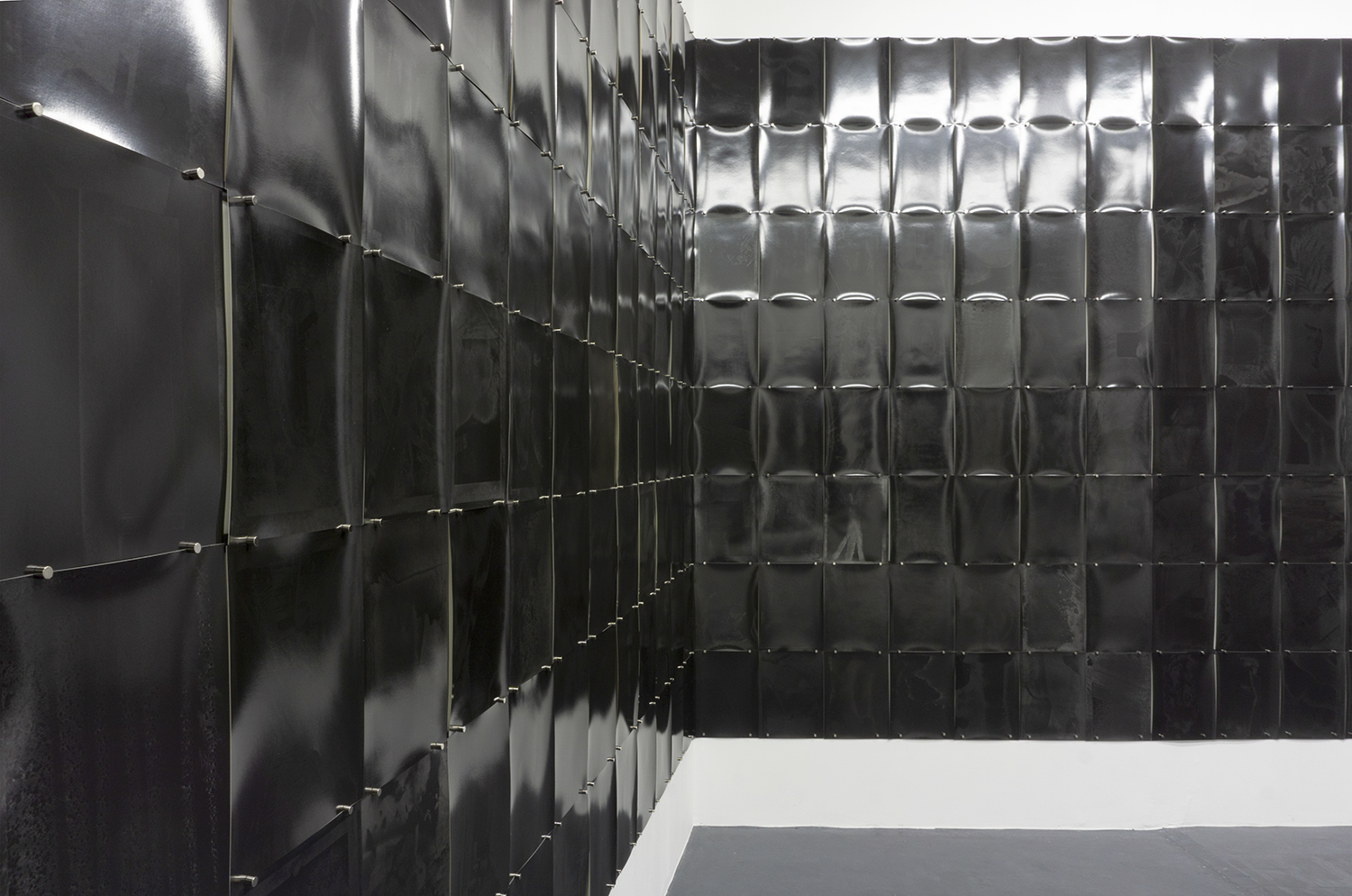 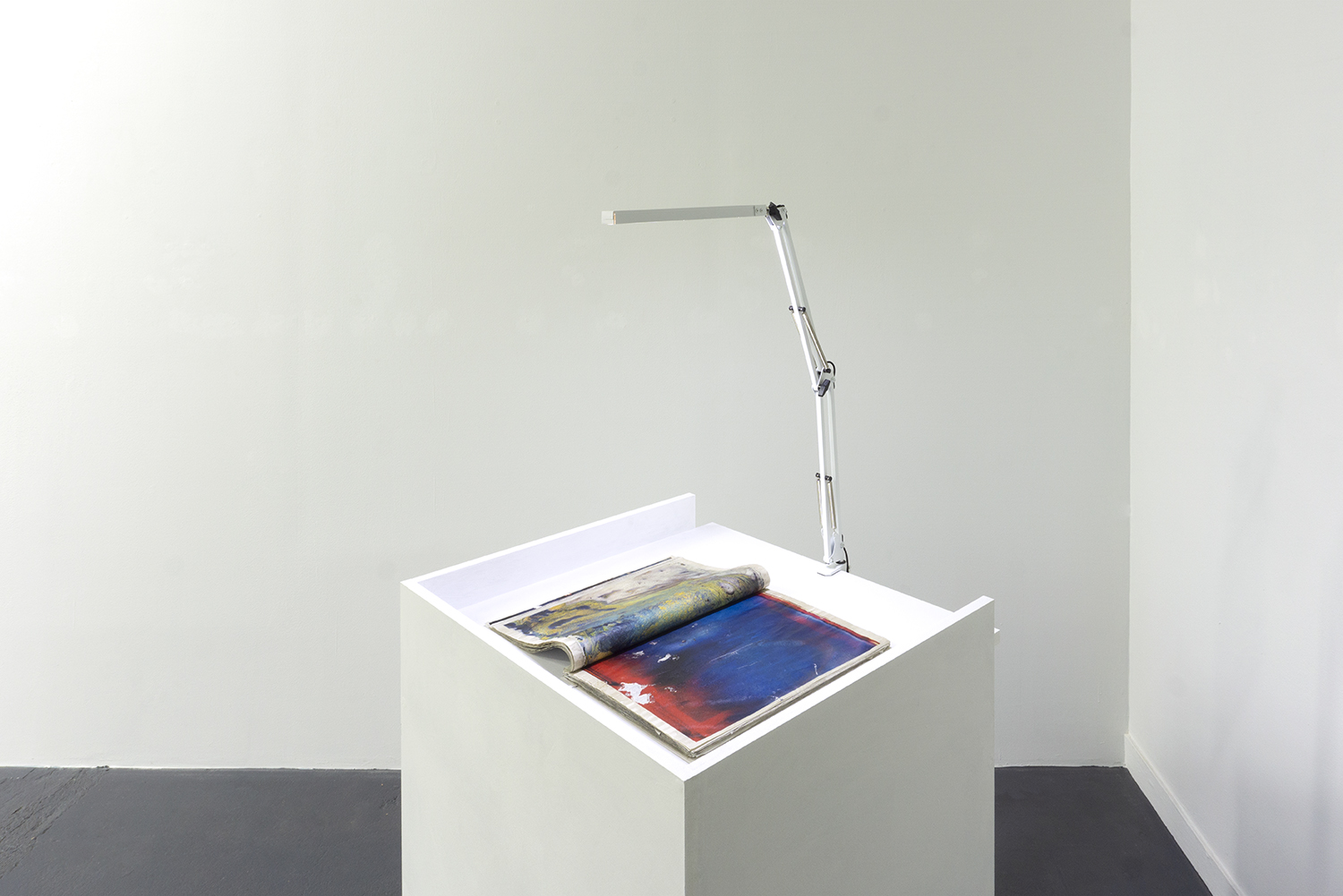 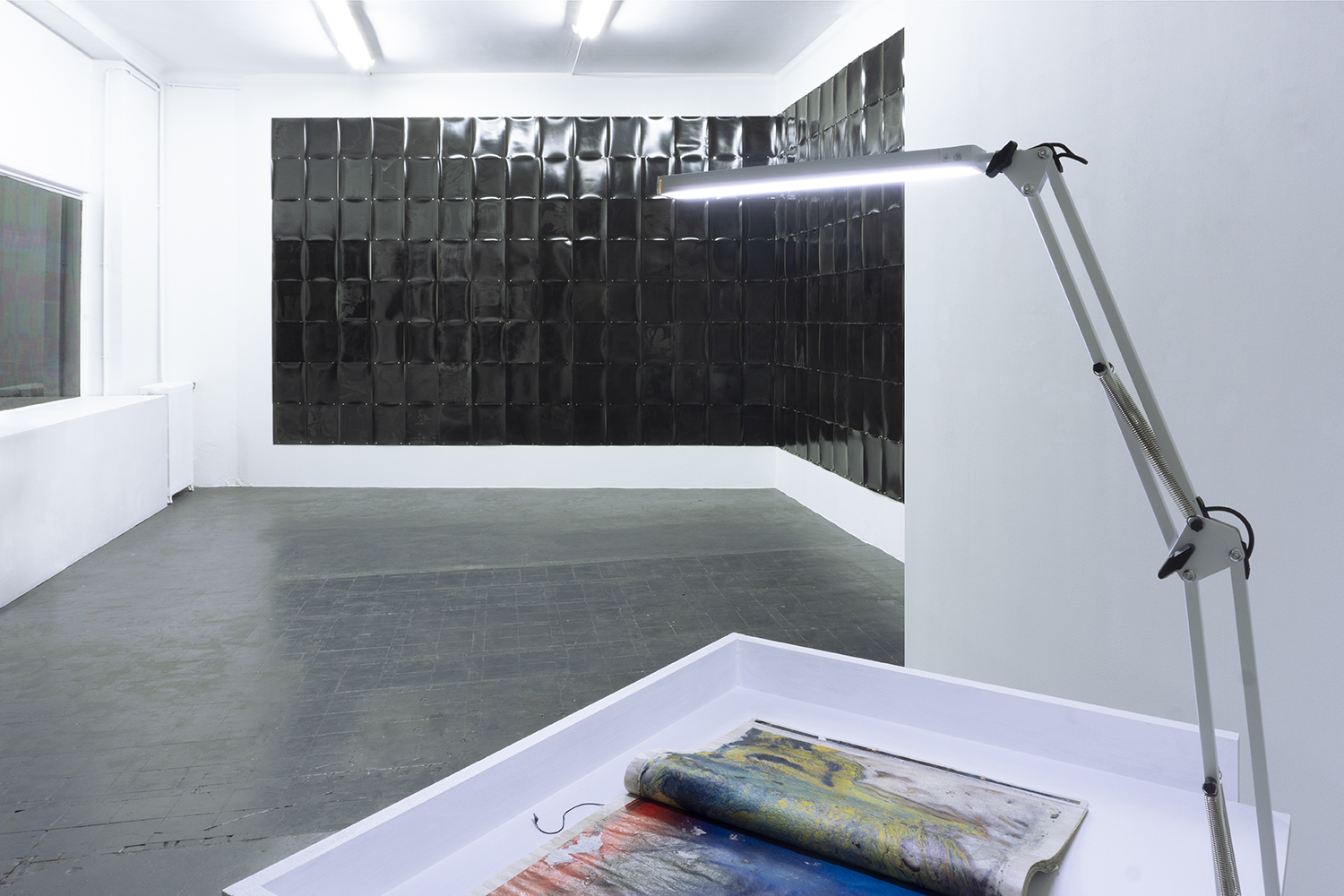 We are pleased to announce auto-reverse, a double exhibition of Daisuke Yokota opening in both galleries on Saturday 10 September.

Jean-Kenta Gauthier gallery is pleased to present a double exhibition of works by Daisuke Yokota (b. 1983 in Saitama, Japan, lives in Tokyo) inaugurated simultaneously on Saturday 10 September in both of the gallery?s exhibition spaces. At the JKG Odéon gallery, an immersive installation of unique analogue solarised colour prints (Inversion Type C, 2019) is presented until October 23, while the JKG Vaugirard gallery presents a monumental installation of unique analogue solarised black and white prints (Inversion, 2015) and a copy of Matter (waxed) (2014), a unique artist's book whose pages were used as negatives for Yokota's Inversion solarised prints.

Solarisation, a photographic process dating from the 19th century and popularised by Lee Miller and Man Ray, is obtained by overexposure of film and results in an inversion of values. Well known in black and white, its manifestation in colour photography is extremely rare and reminds us of the experimental challenges that Daisuke Yokota takes up in his practice. By choosing the title "Inversion", the artist simultaneously describes the physical phenomenon that he has utilised in the elaboration of these works and gives us a metaphor of his relationship to photography and to the world: considering the photographic object for its materiality and not for the image of a reproduced reality.

The principle of the double exhibition in both gallery spaces is to invite visitors to immerse themselves in the very development of the artist's work. As Yokota draws each time from his vast archive of images constituted by his previous photographs and projects, one project invariably serves as the basis for the next. The title of the exhibition "auto-reverse" (the feature in audio cassette players that allowed both sides of a cassette to be played successively without manual intervention) evokes, beyond the idea of continuity and the analogical dimension, the fundamental importance of music in Daisuke Yokota's work. The artist often refers to the British electronic music composer Aphex Twin, and in his work Yokota invokes the principles of echo and reverberation, establishing constant links between the visual and sonic domains. For, as Mouna Mekouar, curator of his 2016 exhibition at the Rencontres d'Arles festival, wrote: "In his photographic work, [...] Daisuke Yokota seeks to perceive the music of the world."

The double exhibition Daisuke Yokota: auto-reverse is thus similar to the sequence of sides A and B of the same project. If Daisuke Yokota's work, and especially the projects Inversion and Matter (waxed), question through the superimposition of various elements our layers of memories and the mystery of our memory, this double exhibition is also an opportunity for the gallery to delve into its own memory: after a first presentation at the 2015 Rencontres d'Arles festival (group exhibition Another Language: 8 Japanese photographers, curated by Simon Baker, then Senior Curator of International Art (Photography) at Tate, London, now Director of the MEP - Maison Européenne de la Photographie, Paris), Daisuke Yokota's Inversion series was the subject of the inaugural exhibition on 13 November 2015 of Circulation [Gauthier, Kauter, Nagasawa] space which became the Jean-Kenta Gauthier / Odéon gallery two years later. This is an opportunity for me to warmly thank Daisuke Yokota for the trust he has placed in us since the birth of the gallery, and to celebrate the fantastic journey we have made together.


The works from Inversion series have been shown, among others institutions, at the Rencontre d'Arles (2015), the Musée d'Art Moderne de Paris (acquisition, 2018), Tate Modern (London, 2018) and the Henie Onstad Art Center (Høvikodden, Oslo, 2020). The rare artist's books Matter (waxed) are housed in the collections of the New York Public Library and the Bibliothèque nationale de France.