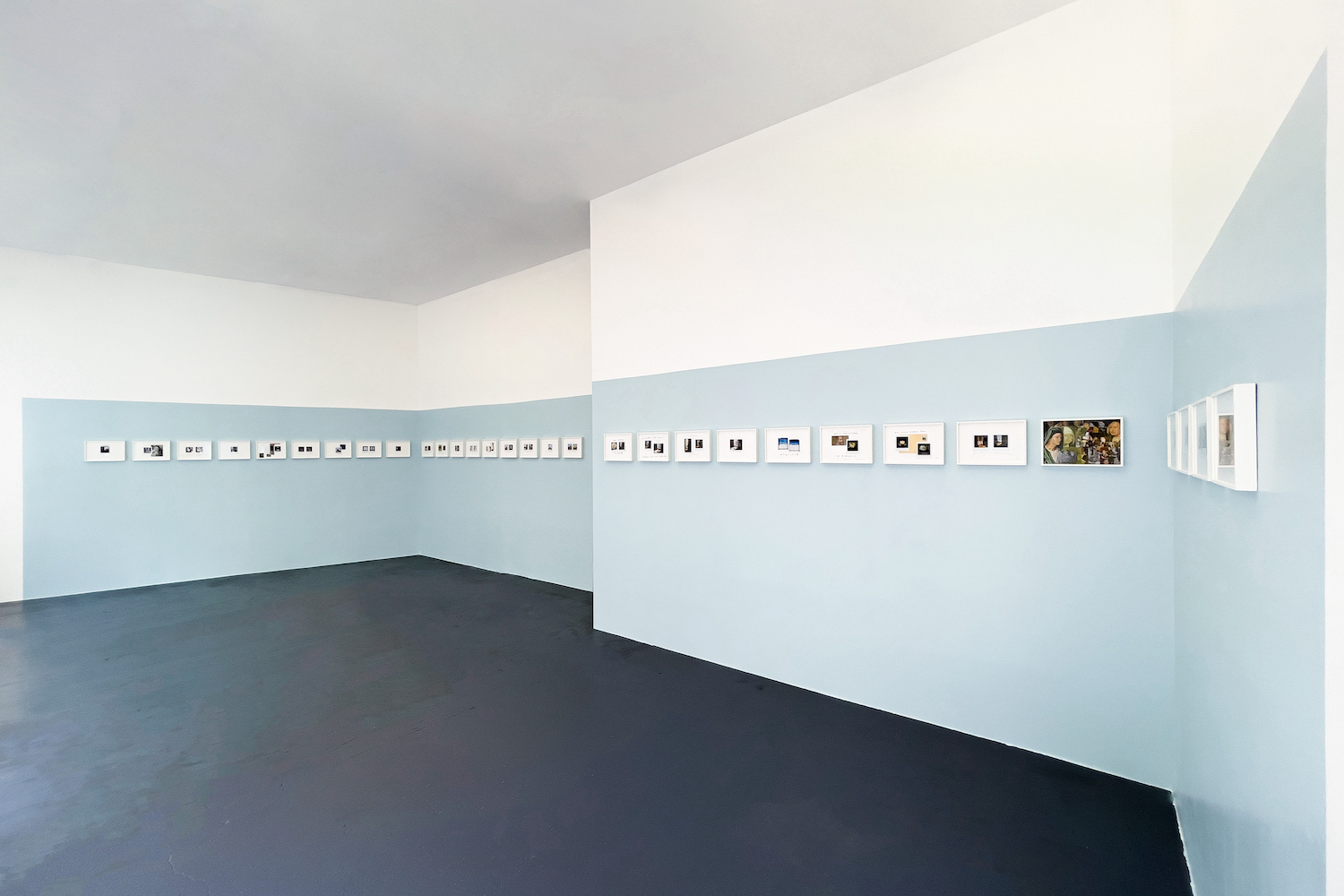 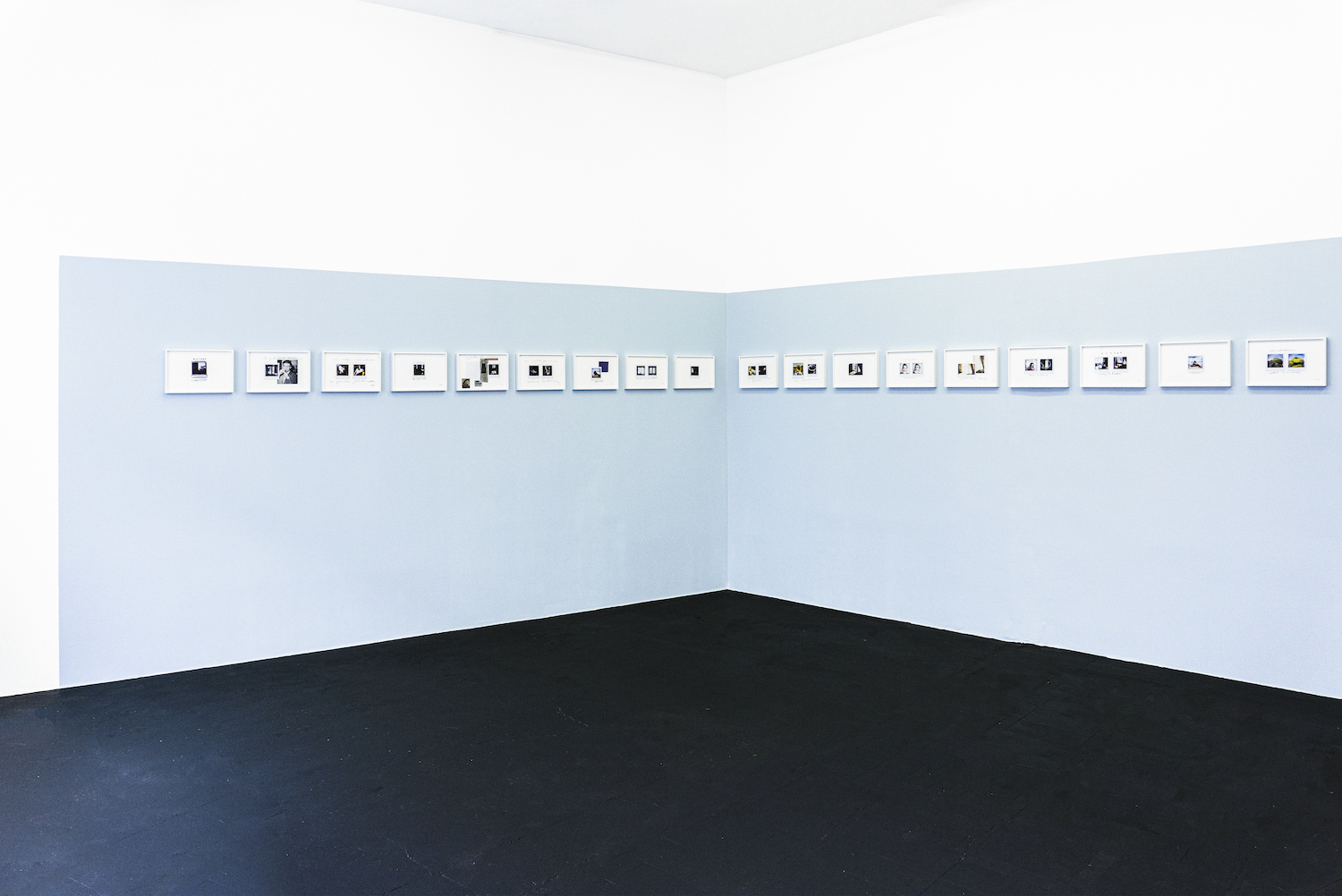 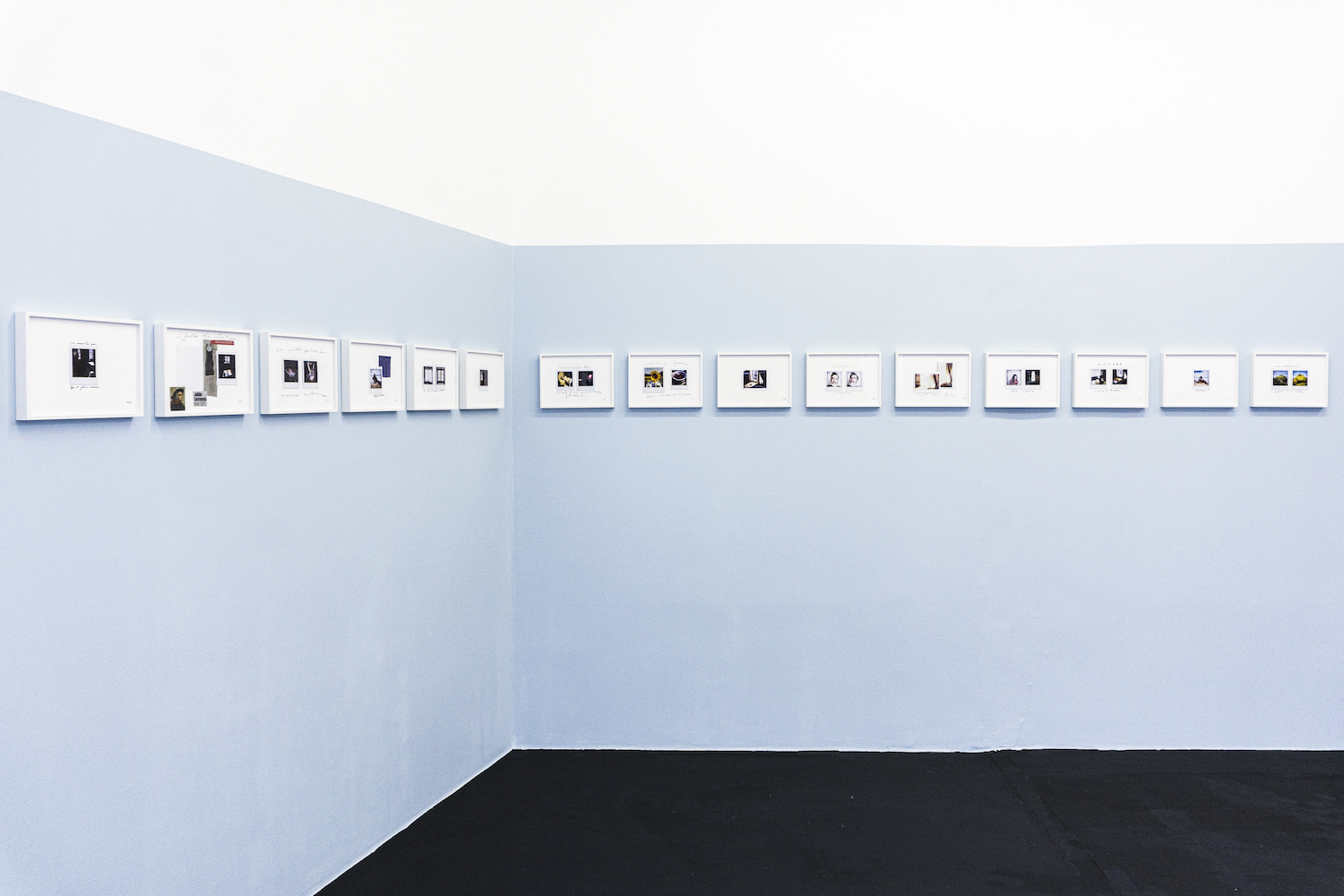 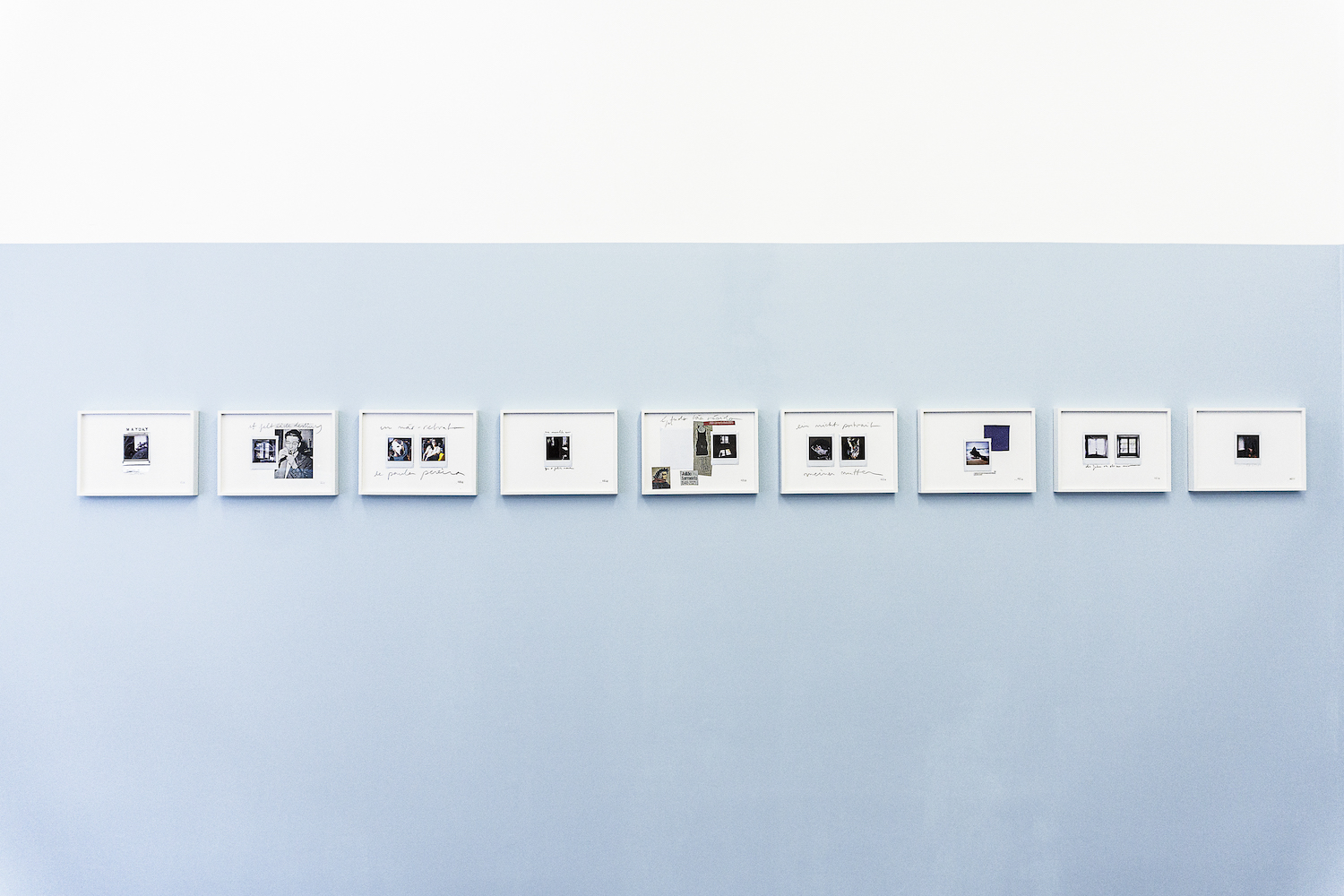 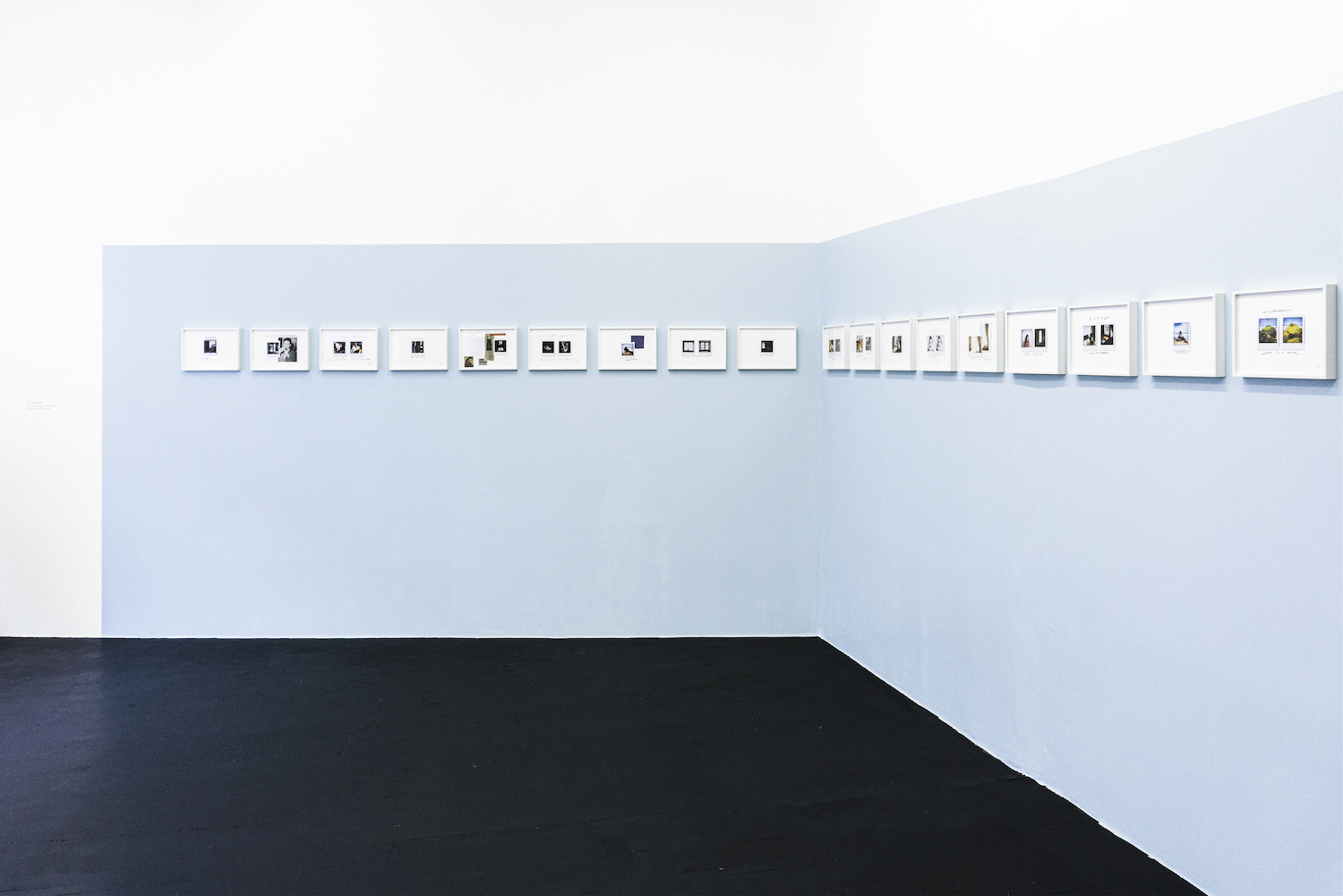 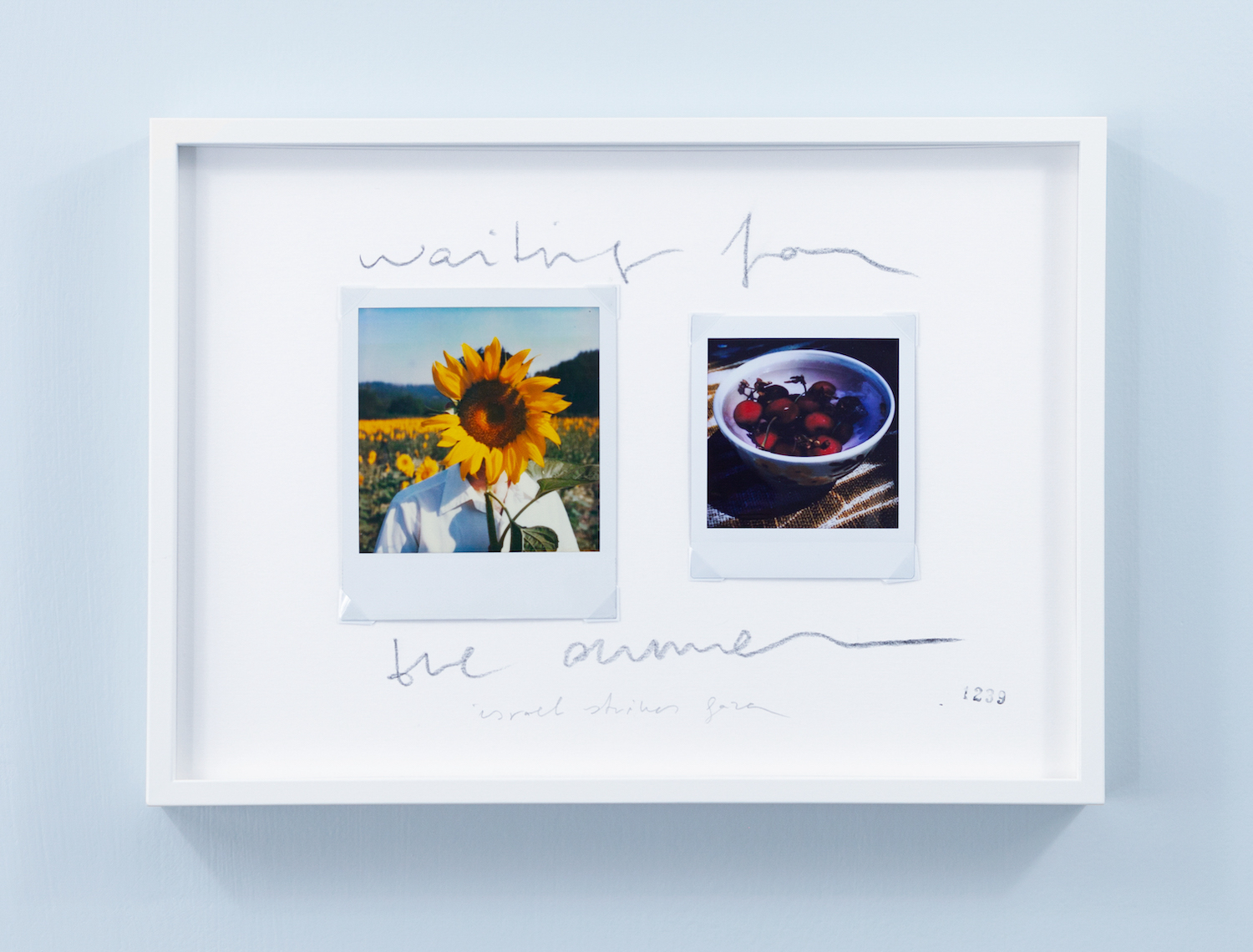 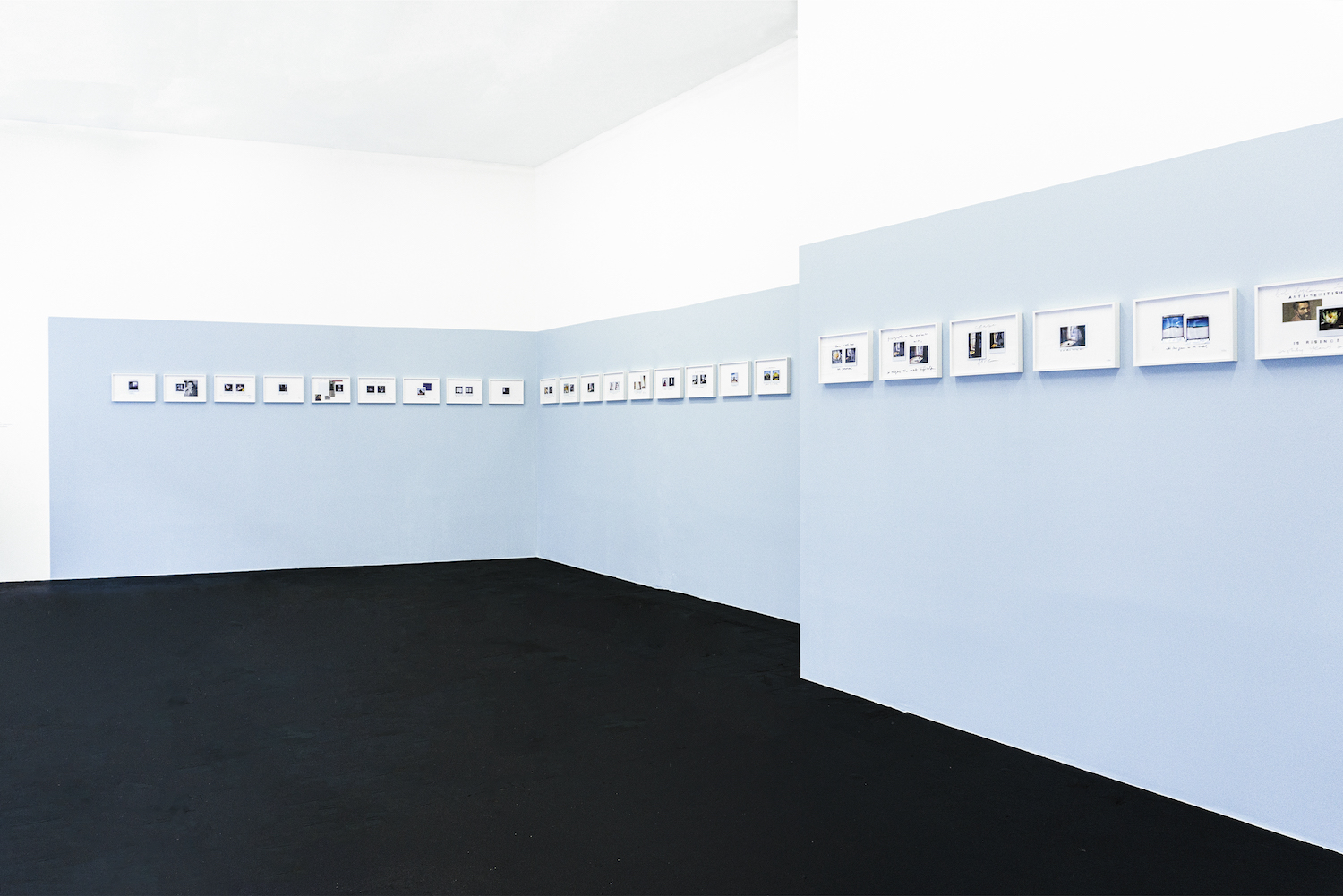 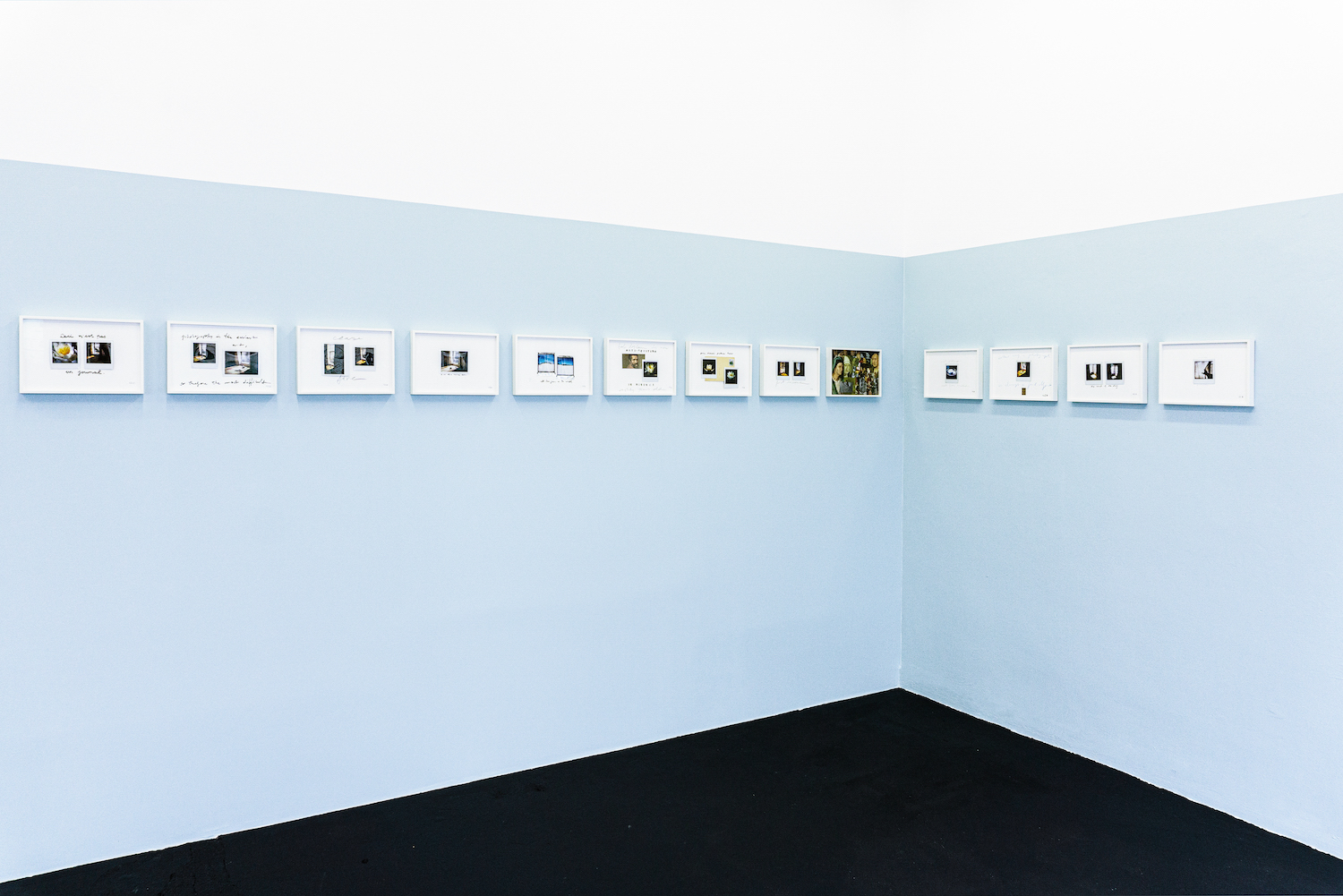 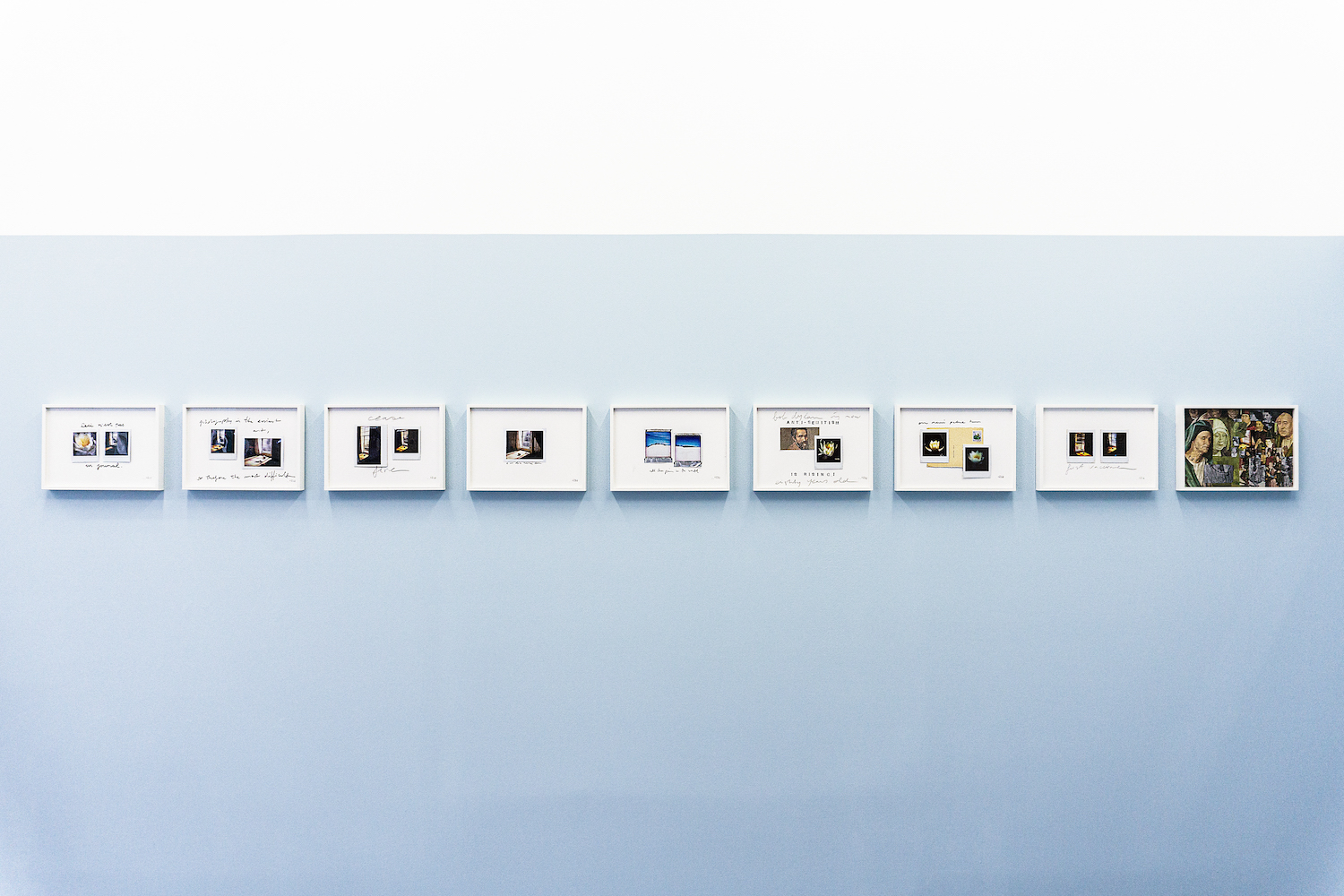 For more than three years, Daniel Blaufuks has been engaged in a daily exercise of poetry, introspection and meditation. Every day, he creates on an A4 sheet of paper a meticulous composition combining, depending on the moment, his instant photographs, found images, documents, and his words, before stamping it with a number. Some days he even creates several works; he is now approaching the number 1300. Entitled The Days Are Numbered, this project is like an imprecise diary mixing events from the author's life, existential questions, reflections on the world and photography. We are particularly pleased to organize at Jean-Kenta Gauthier Vaugirard the first presentation of this large-scale work by exhibiting, from June 12 to July 31, the works produced over the past month and numbered from 1229 to 1259, the last full month before the exhibition, also the first full month since the end of the confinement in Portugal where the artist lives.

The Days Are Numbered has as its recurring visual motif Daniel Blaufuks' obsessions - photographs of two windows, flowers in his garden, rocks on the beach - and his handwritten words appear, often mysteriously to the reader, in the languages he uses in his life - Portuguese, German, English, French. The mention of his German grandparents generates words in German, a quote from the American press produces English words, the title of a painting by Magritte or Manet generates French. The Days Are Numbered is like a lifeline that runs underneath each of the artist's projects, so like all of his work, Daniel Blaufuks unites here the intimate and the public. The shadow of a plant on May 1st ('MAYDAY' in stamped letters, as much "May Day" as an S.O.S.) can evoke the muted indifference of the health crisis in India ('india' in pencil), the sweetness of the coming summer with its sunflowers and cherries ('waiting for the summer') does not eclipse our brutality (in small: 'israël strikes gaza') And when the artist travels, the world pursues him: 'mekong river' / a Polaroid of a sunset probably in Vietnam / 'the curds are trapped' (no. 0559, October 18, 2019).

The Days Are Numbered is a continuation of the works made by Daniel Blaufuks for the exhibition Today. Daniel Blaufuks, Eugène Delacroix, On Kawara presented in 2018 at the Musée Delacroix in Paris. Visitors recognized the famous haunting window that inhabits the series Attempting Exhaustion (2016) - a quote from the text of French writer Georges Perec - or his Instagram account @danielblaufuks, which he has conceived since the beginning as an online version of sometimes a diary, sometimes a notebook. In 2015, Daniel Blaufuks even published This Business of Living, a quotation and adaptation of Italian writer Cesare Pavese's diary, written from 1935 to his death and published posthumously under that title.

Vibrant poetry made of words and images, The Days Are Numbered is the moving work of an artist who, from the quiet of his kitchen, his garden, a library in Budapest, a hotel in Laos, lends his ear to both the "background noise" of the "infra-ordinary" dear to Georges Perec - "what happens every day and comes back every day" - as well as the noise of the world. And behind the melancholy punctuated by bouts of joy, anger, wonder and indignation, Daniel Blaufuks nourishes hope: by numbering each day, he counts the days that have passed and renews like an inverted countdown of his life.

Daniel Blaufuks was born in 1963 in Portugal where he lives today after having traveled extensively and lived in Germany, Great Britain and the United States. He holds a PhD and teaches at the Faculty of Fine Arts in Lisbon. He uses photography, video, and text, and presents his work in the form of books, installations and films. Interrogating the links between photography and literature, Daniel Blaufuks has a predilection for questions such as the connections between space and time, and the intersection of private and public memory. He is the author of numerous critically acclaimed books and his work has been the subject of monographic exhibitions in 2011 at the Museu de Arte Moderna in Rio de Janeiro (Brazil), in 2014 at the Museu Nacional de Arte Contemporânea do Chiado in Lisbon (Portugal) and again in 2019 at the Pavilhão Branco, Galeria Municipal, Lisbon (Portugal) with curator Sérgio Mah.