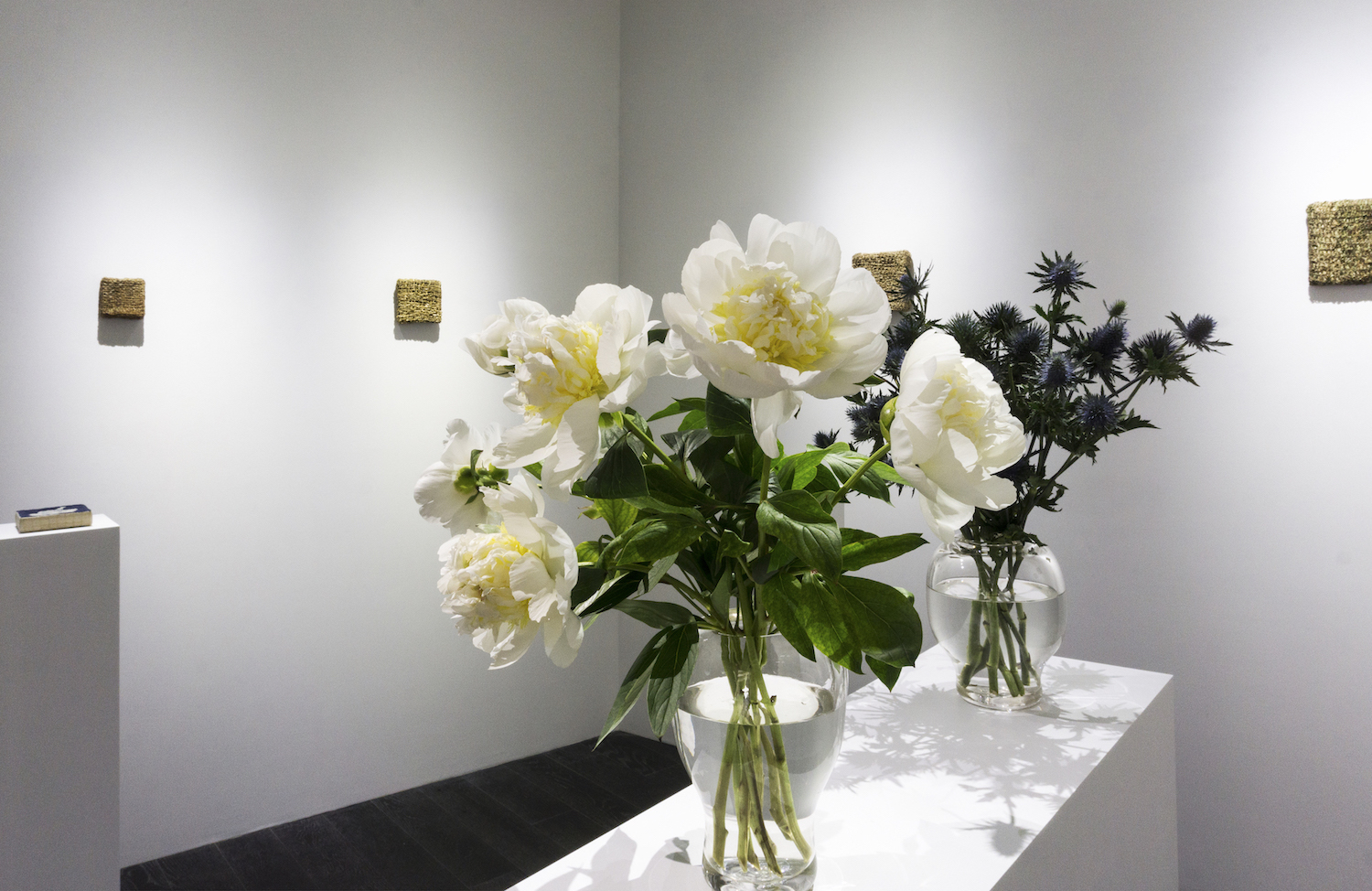 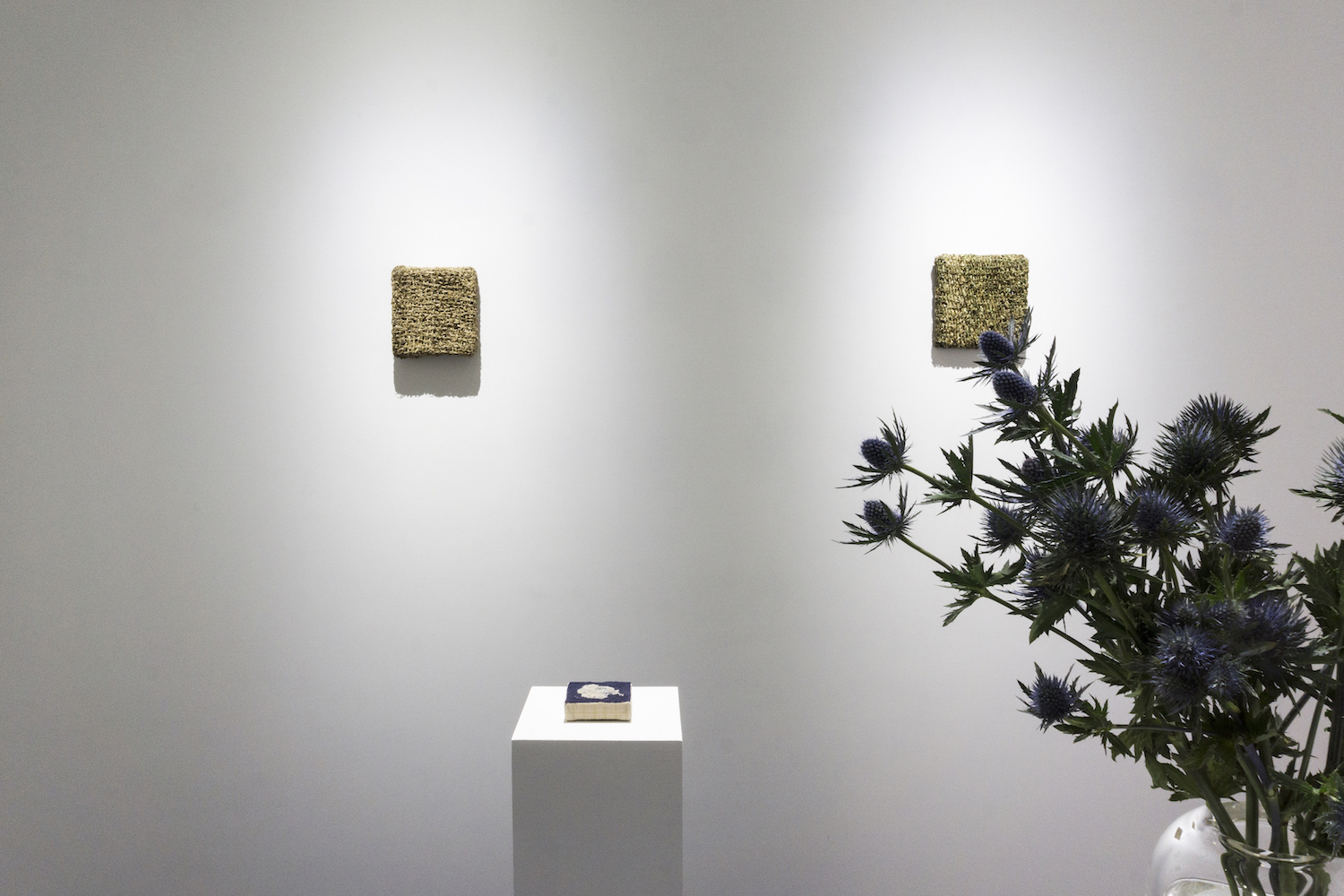 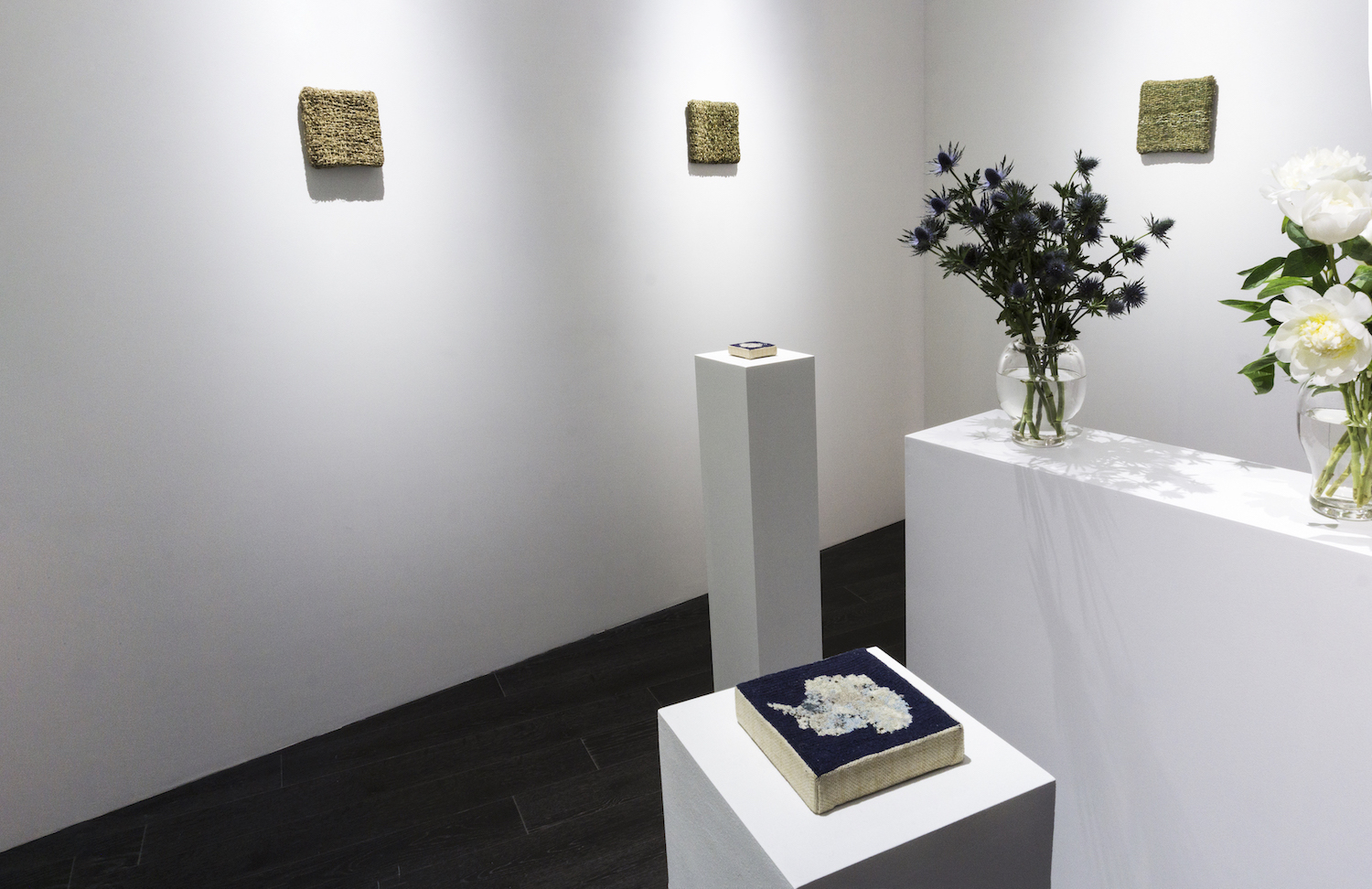 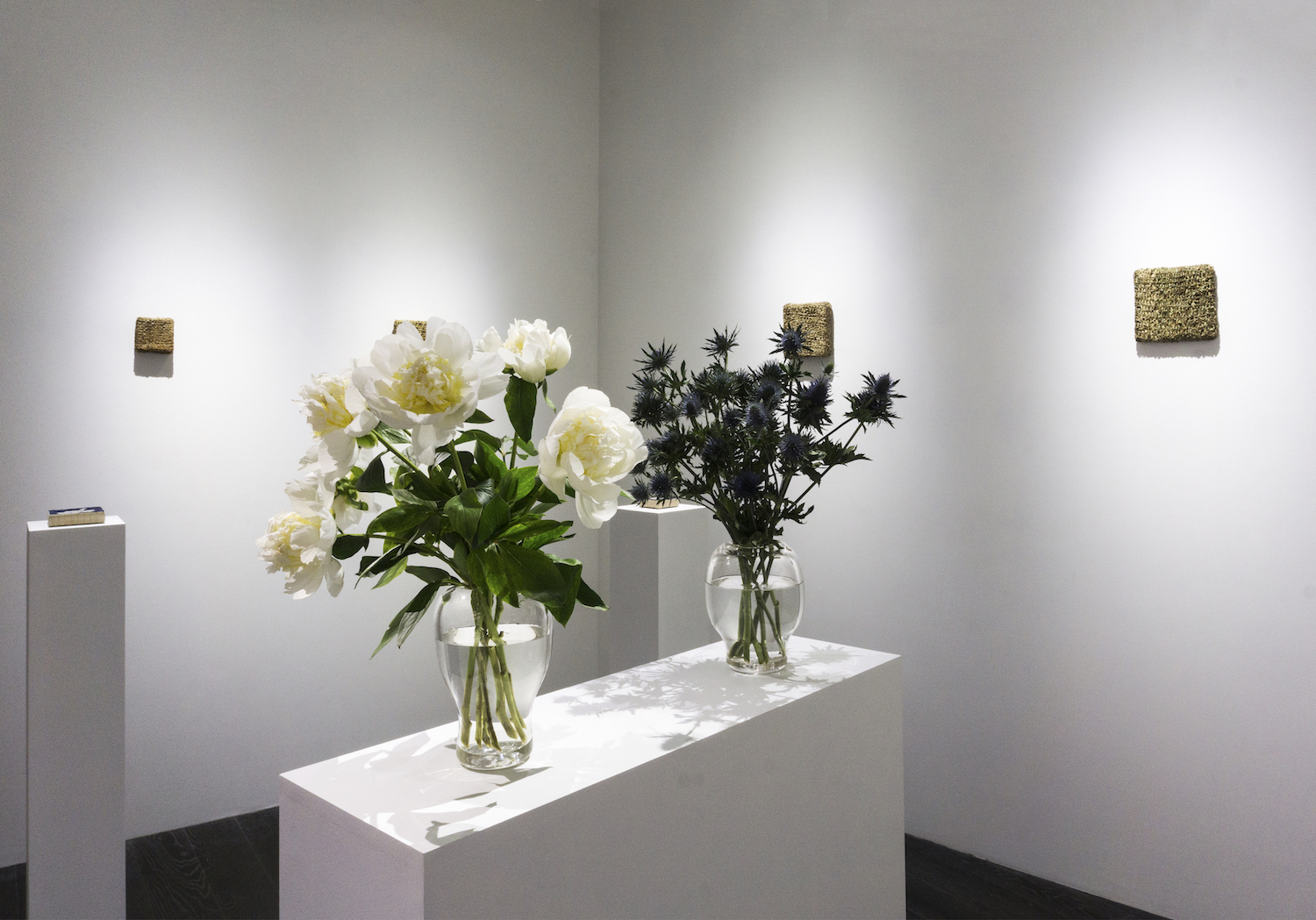 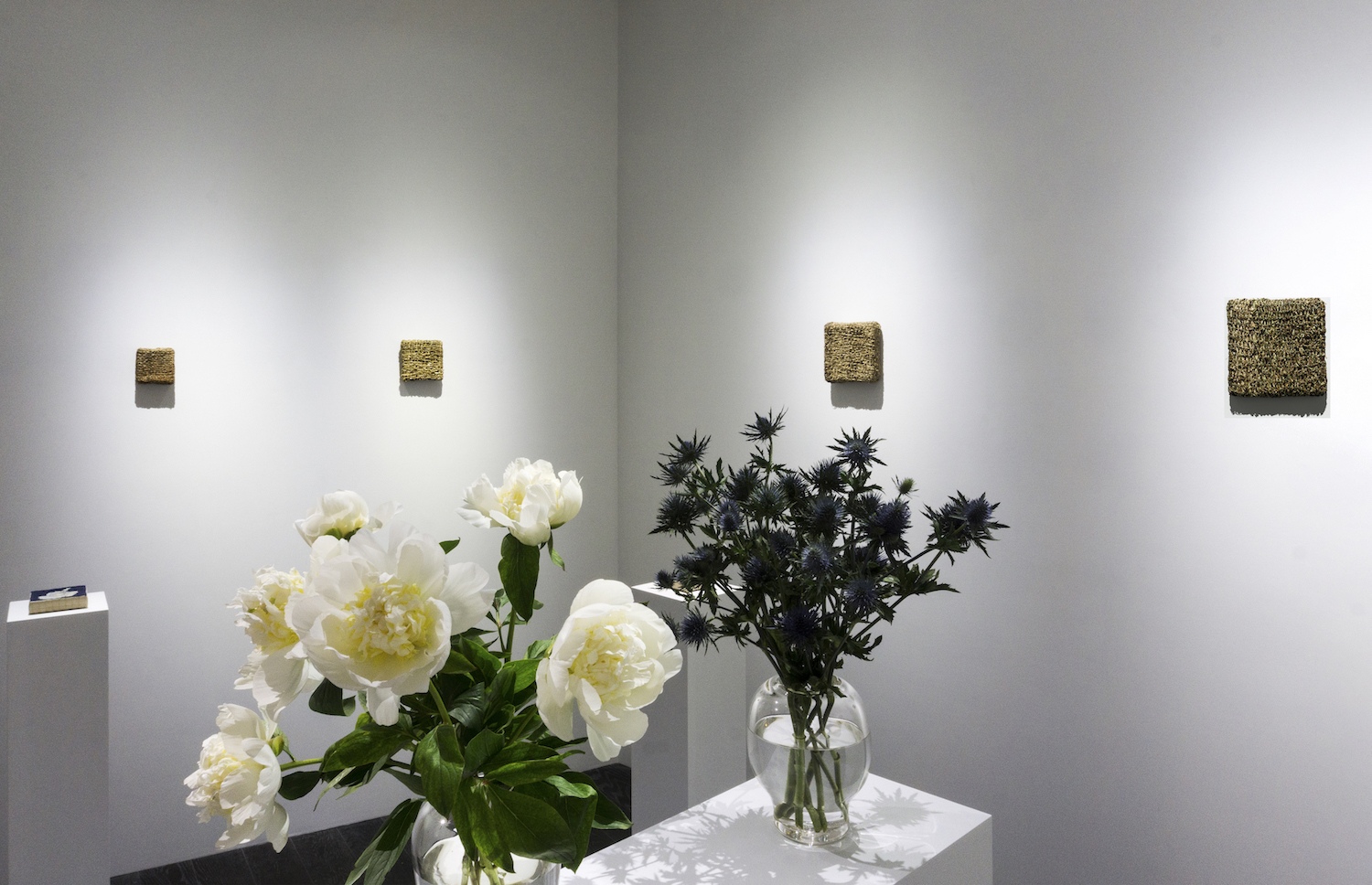 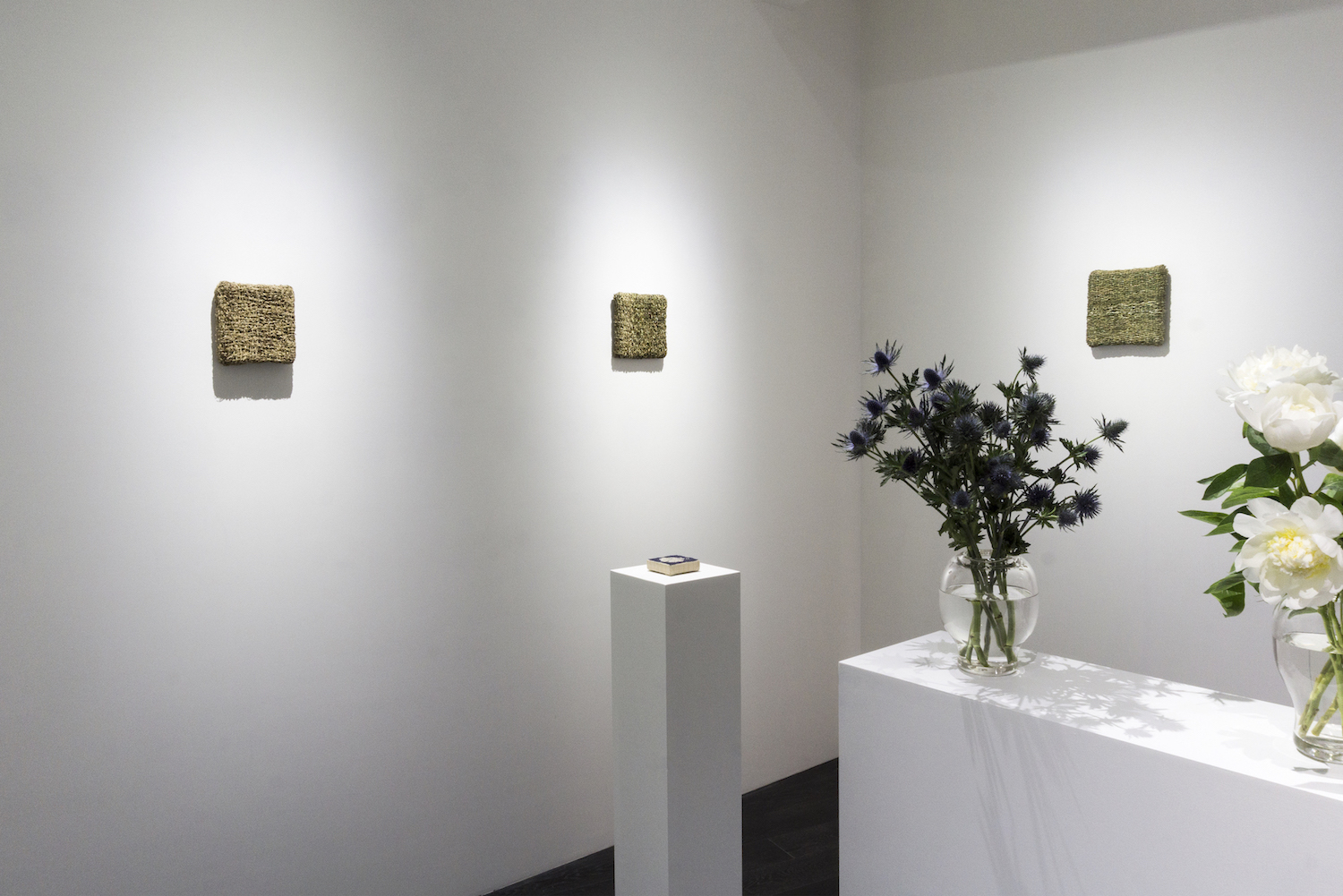 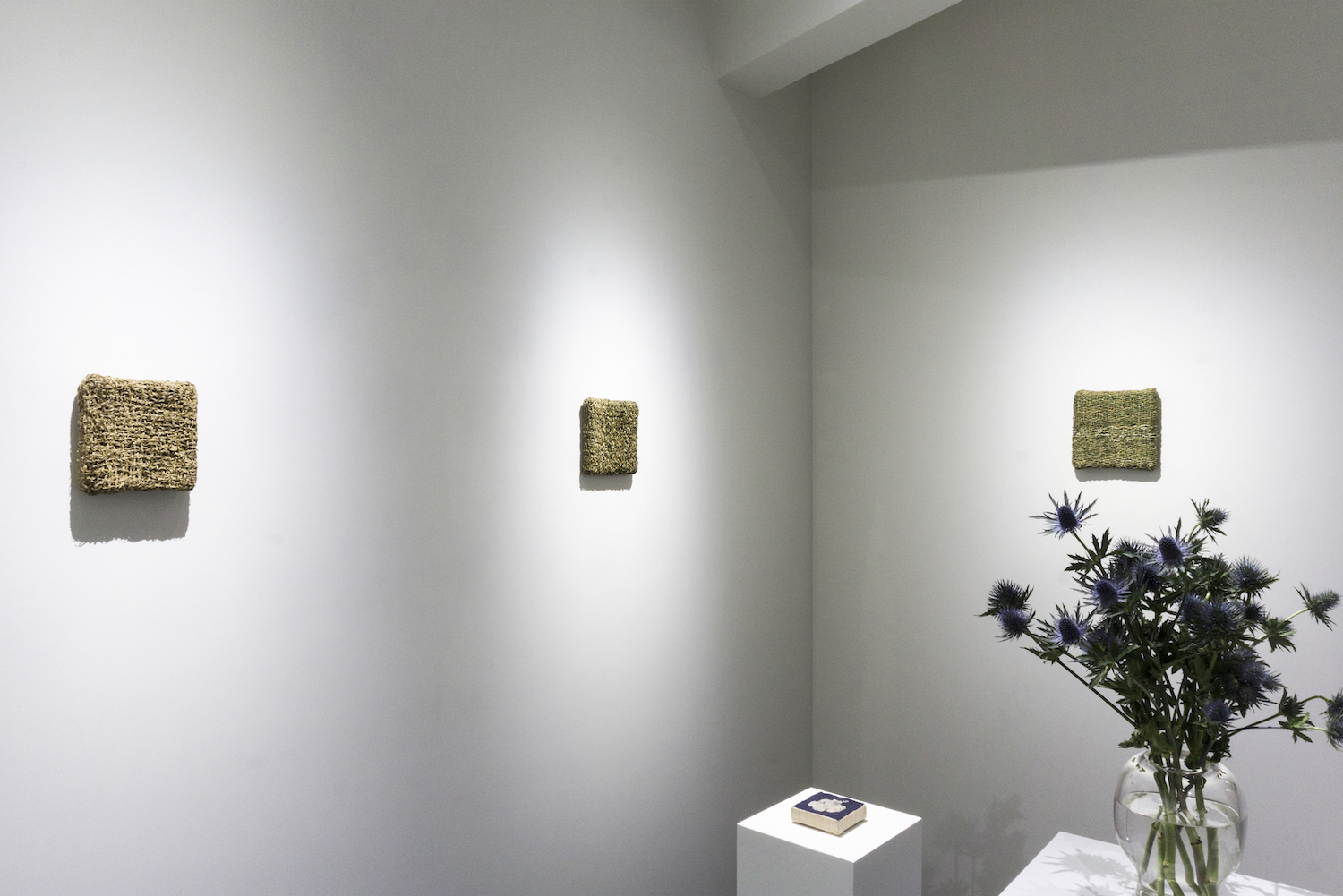 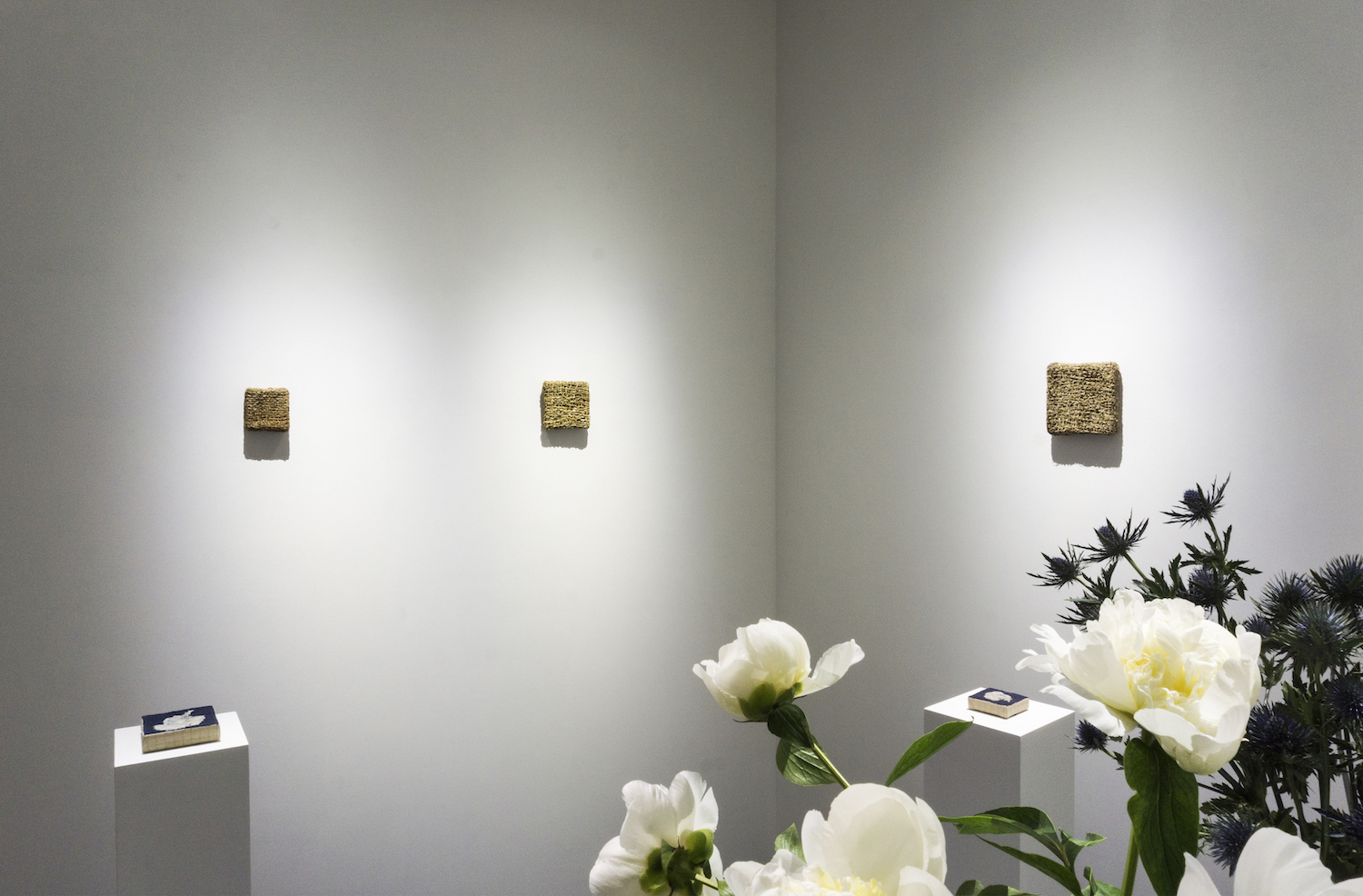 The Scale of Maps

"The world exists only for a map."

— Jorge Luis Borges, in A Universal History of Infamy, 1935

Presented from 14 April to 11 June 2022 at the Jean-Kenta Gauthier / Odéon gallery, The Scale of Maps brings together works by Capucine Gros (born in 1989, currently lives in Bucharest, Romania) and David Horvitz (born in 1982, currently lives in Los Angeles, USA), all of which are metaphors for geographical maps. For each of their works, Capucine Gros and David Horvitz have played with the scale of measurement and of the territory of reference, in order to establish their own maps.


A painting as a map

Since 2015, Capucine Gros has been creating a series of work entitled The Birth of Painting from each place she inhabits. Each of these small sculptures consists of an assembly of organic materials (grass, wood, bark, etc.) that the artist collected in her immediate environment, in order to compose an object that resembles a woven canvas mounted on a wooden frame. To date, she has produced works in New York City (2015-2018), Jalovik (Serbia) and Weir Farm (Connecticut, USA) (2018), Shanghai (2019-2020) and Bucharest (2022), all of which are presented in the exhibition. While each work indicates the territory of reference, the title 'Painting' equates the object with a medium of representation. Here is the analogy with the geographical map, also a tool for representation - a fundamental idea in Capucine Gros' practice, for whom each project is intimately linked to the experience of a territory. As The Birth of Painting series develops, the works grow, gaining 1 inch on each side. This progression suggests the idea of a process, and is almost the only way to differentiate the works from one another, for apart from their size, the works all have a similar appearance, even though they emanate from very different geographies (North America, Europe, Asia) or topographies (megacities, villages, countryside). As if the 'down-to-earth' representation shows not so much the differences as the similarities. With The Birth of Painting, Capucine Gros creates sculptural objects that emanate from organic materials and represent a mental territory.


A bouquet as a map

The works by David Horvitz presented in the exhibition follow the same principle. Entitled A Map of Paris From a Thursday and A Map of Paris From a Friday, they consist of glass vases blown in 2018 and titled after a day of the week (Thursday, Friday) engraved underneath the object. Each vase holds a bouquet of flowers which, thanks to the title, indicates the path that each flower took that day in Paris, from the garden to the flor to the vase. The two works presented in the exhibition thus carry within them the map drawn by the path of the flowers. A project that the artist accompanies with the following poem:

a bouquet as a map

made of the same flowers

each from a different place

collected on a [Thursday / Friday]

by foot or train or bike or or or boat


As the exhibition opens on a Thursday, the Thursday bouquet will be assembled during the opening day, while the Friday vase will remain empty and will not be assembled until the following day, Friday 15 April. And in the absence of David Horvitz, the flowers will be collected by Capucine Gros who will activate Horvitz's work on the occasion of the opening. This collection will be documented in photography by Jean-Kenta Gauthier to allow for the later creation of a small artist's book that will chronicle this action, document the development of the exhibition The Scales of Maps and celebrate the collaboration between the two artists.


An embroidery as a map

Since 2021, Capucine Gros has created a series of small embroideries mounted on a frame entitled Antarctika and depicting the Antarctic territory - a region whose geography is deteriorating daily due to climate change - of which two iterations are presented in the exhibition. A territory resolutely hostile to mankind, the Antarctic continent is nevertheless a major geopolitical issue and is the object of covetousness of the world's greatest powers. This vast territory of more than 14 million sq. km and home to 52 bases is nevertheless one of the least represented regions of the world.

Taking as a reference the most detailed satellite image compiled by NASA in 2002, Capucine Gros compensates this lack of representation by transposing this image at different resolution levels in order to translate each pixel into a stitch of embroidery of various colours. With Antarctika, Capucine Gros has patiently created a series of embroideries which, despite their meticulousness, remind us that a geographical map is never just an approximated representation.


While every map is in essence a modelling, an abstraction and a simplification of a terrain, the works by Capucine Gros and David Horvitz presented in the exhibition The Scale of Maps each evoke the experience of a territory. By depicting the nature and contours of territories to a greater or lesser extent, the artists invite us to imagine them, thus reminding us that a geographical map, often geopolitical, is as much a vehicle of information as it is the fruit of an imagination.