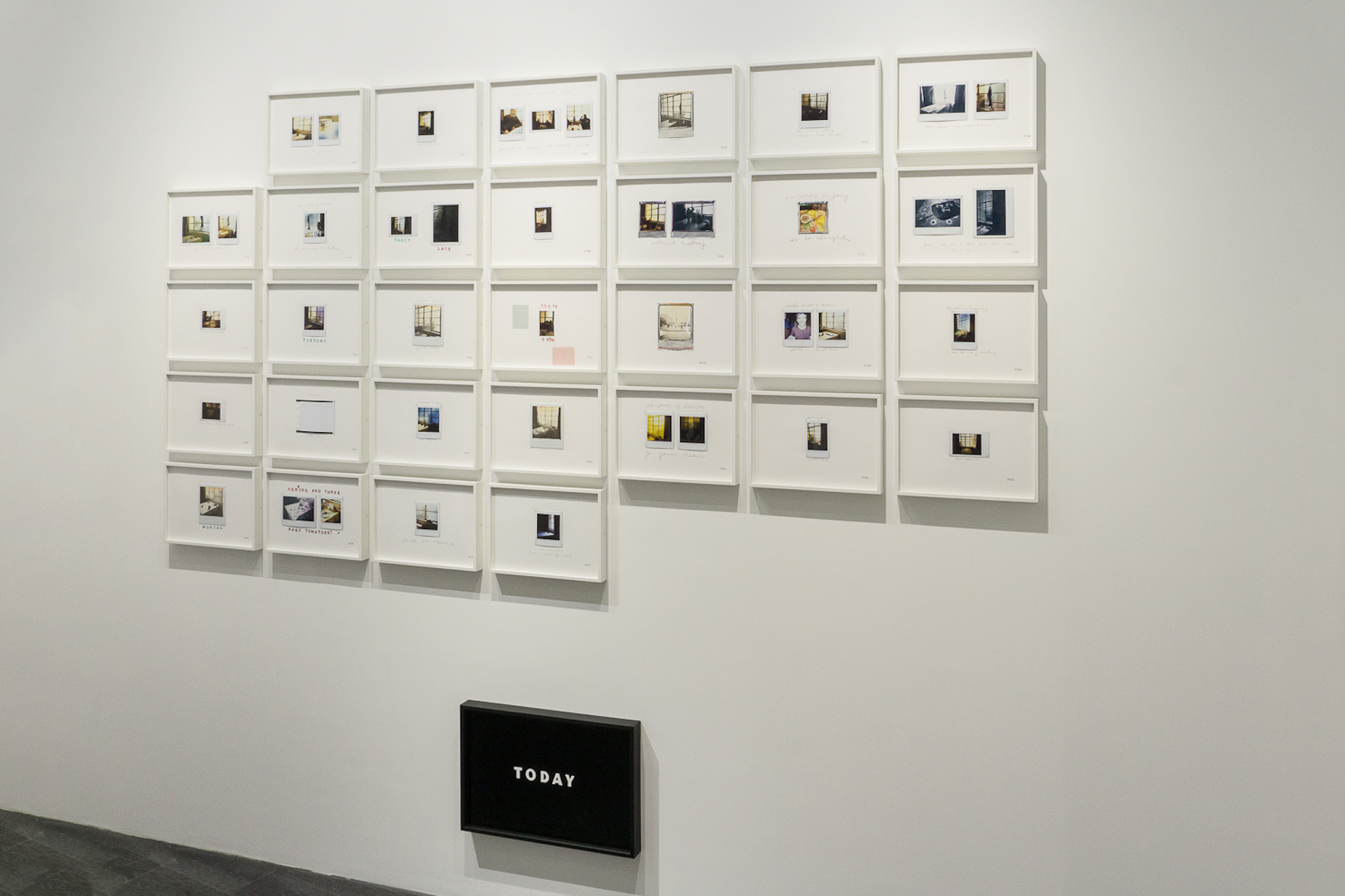 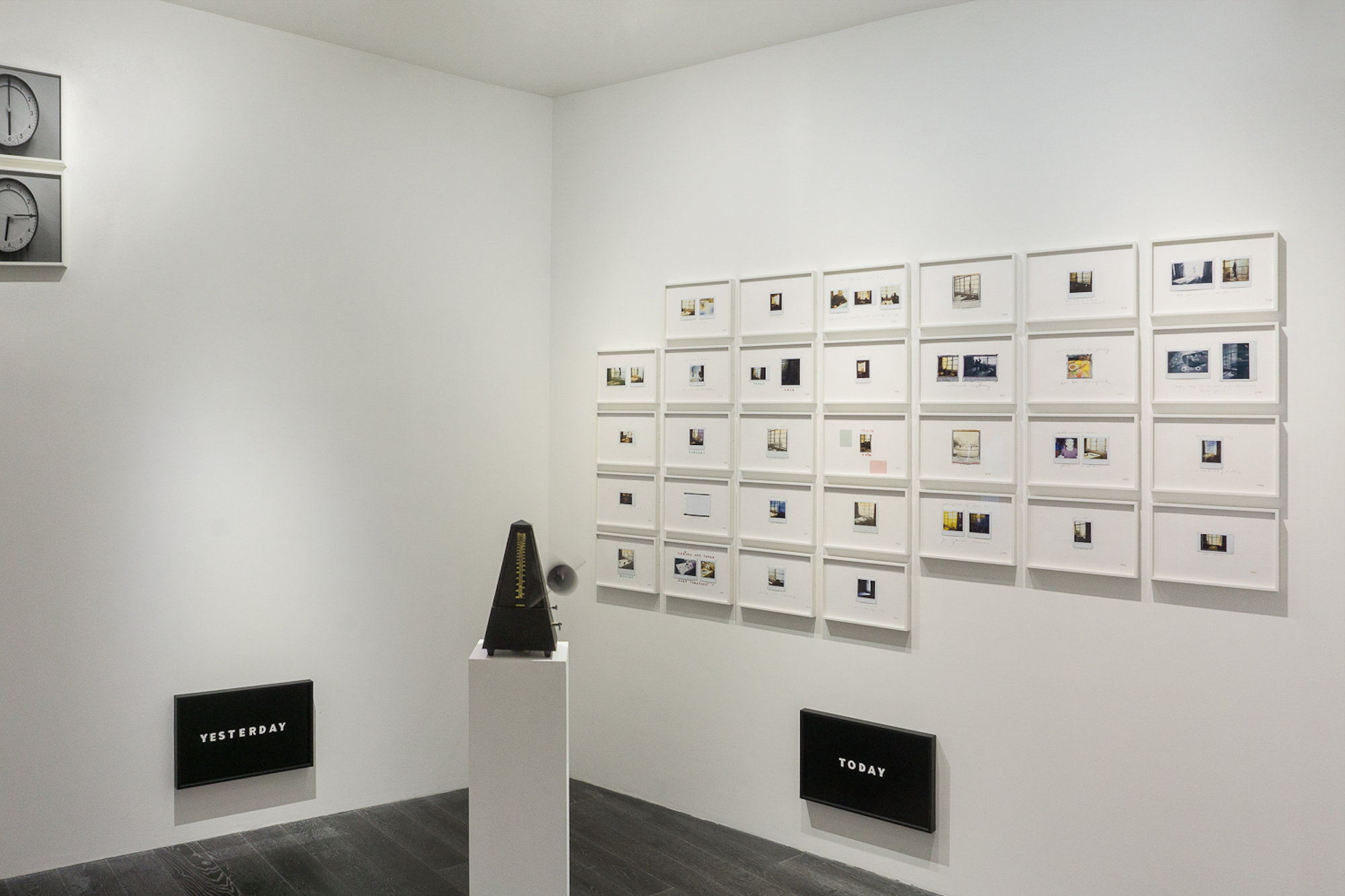 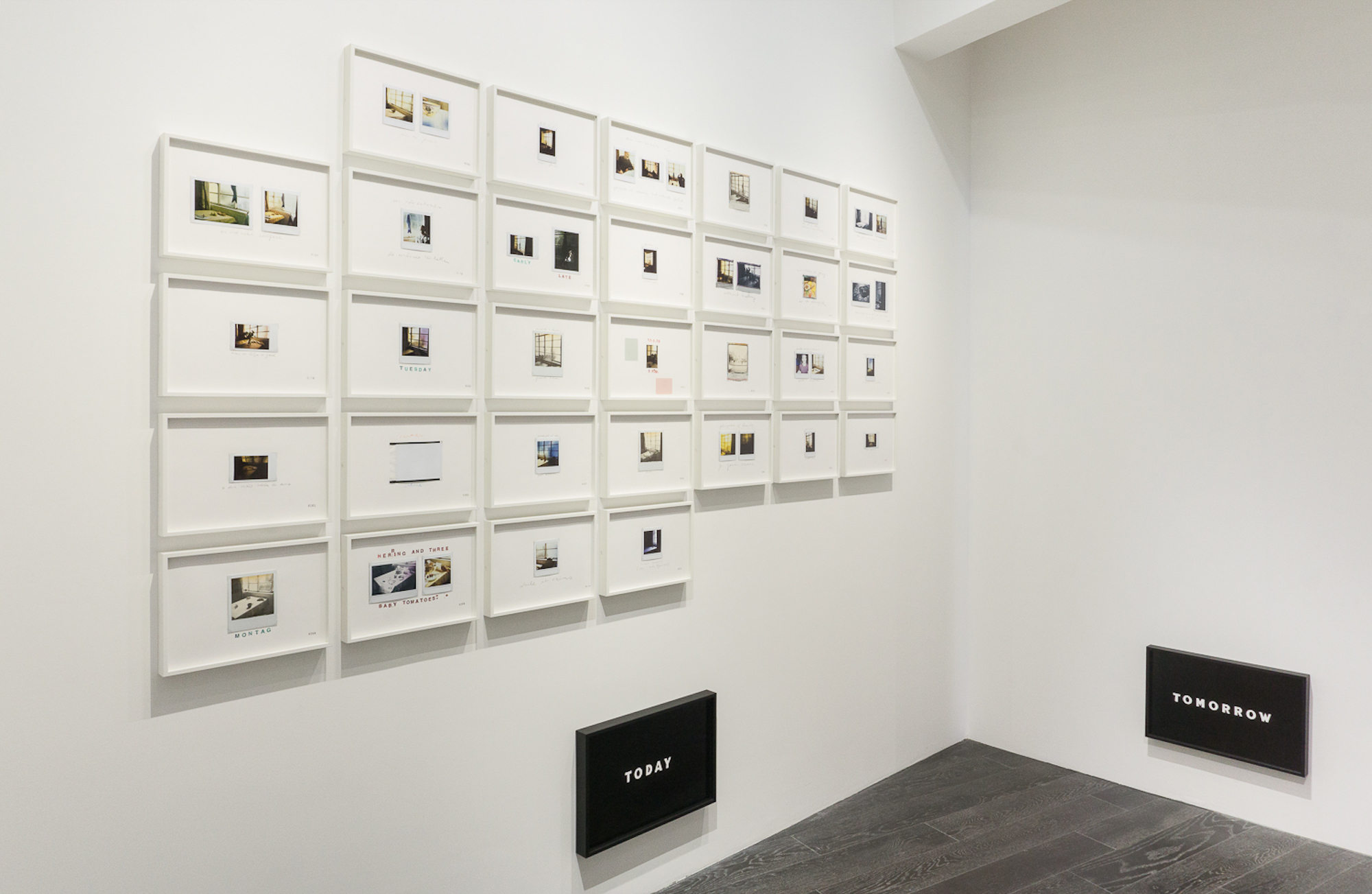 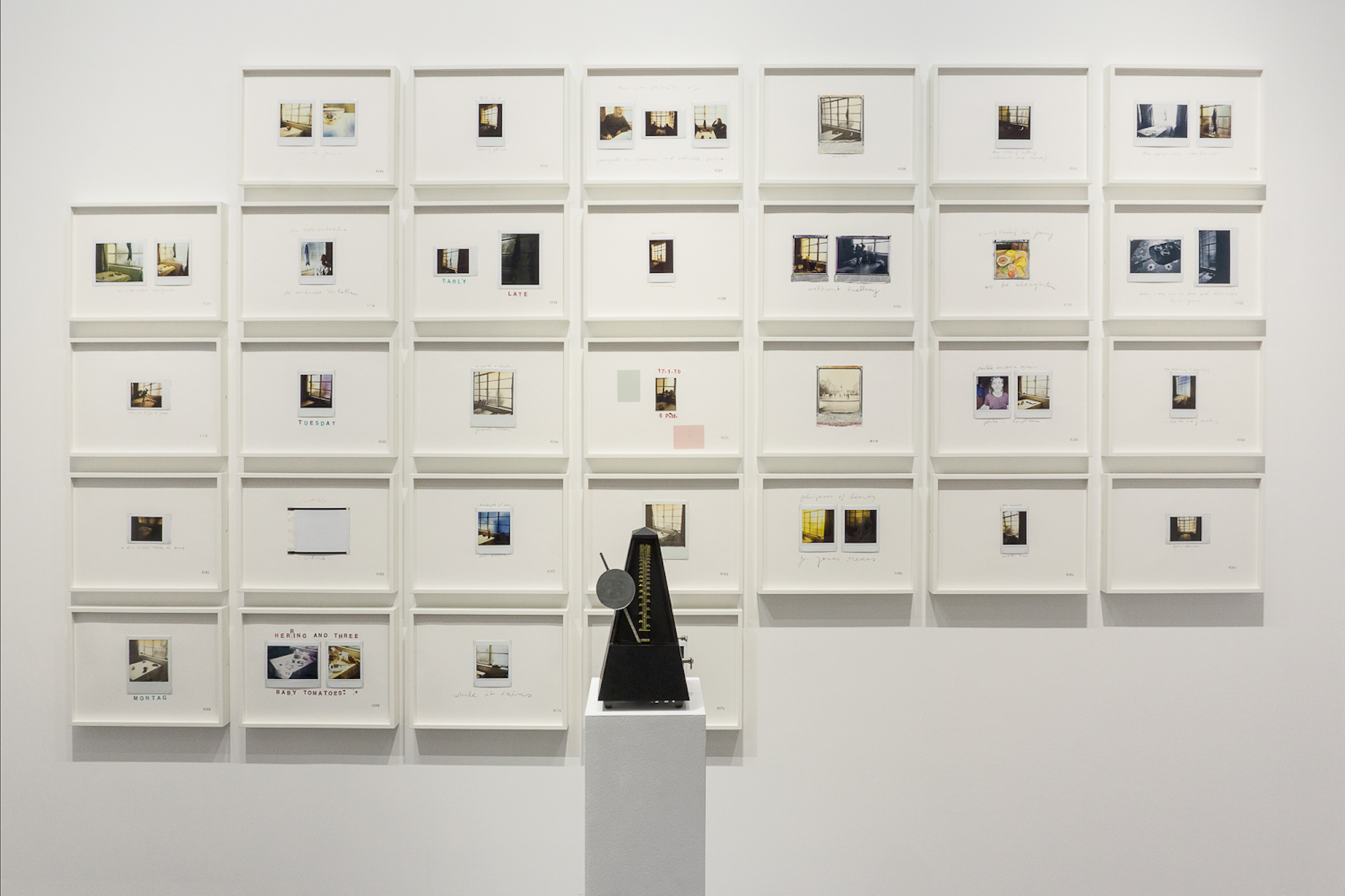 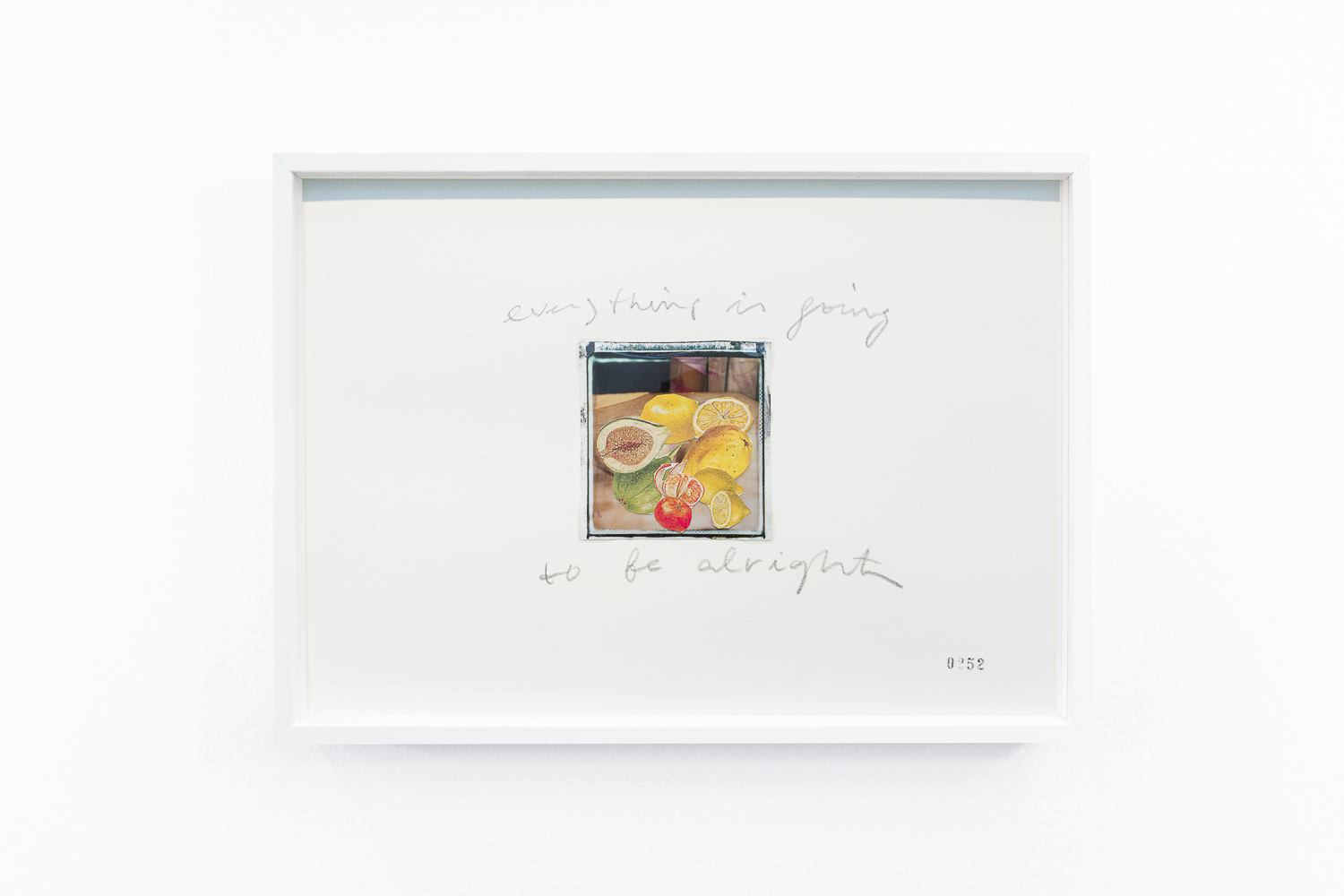 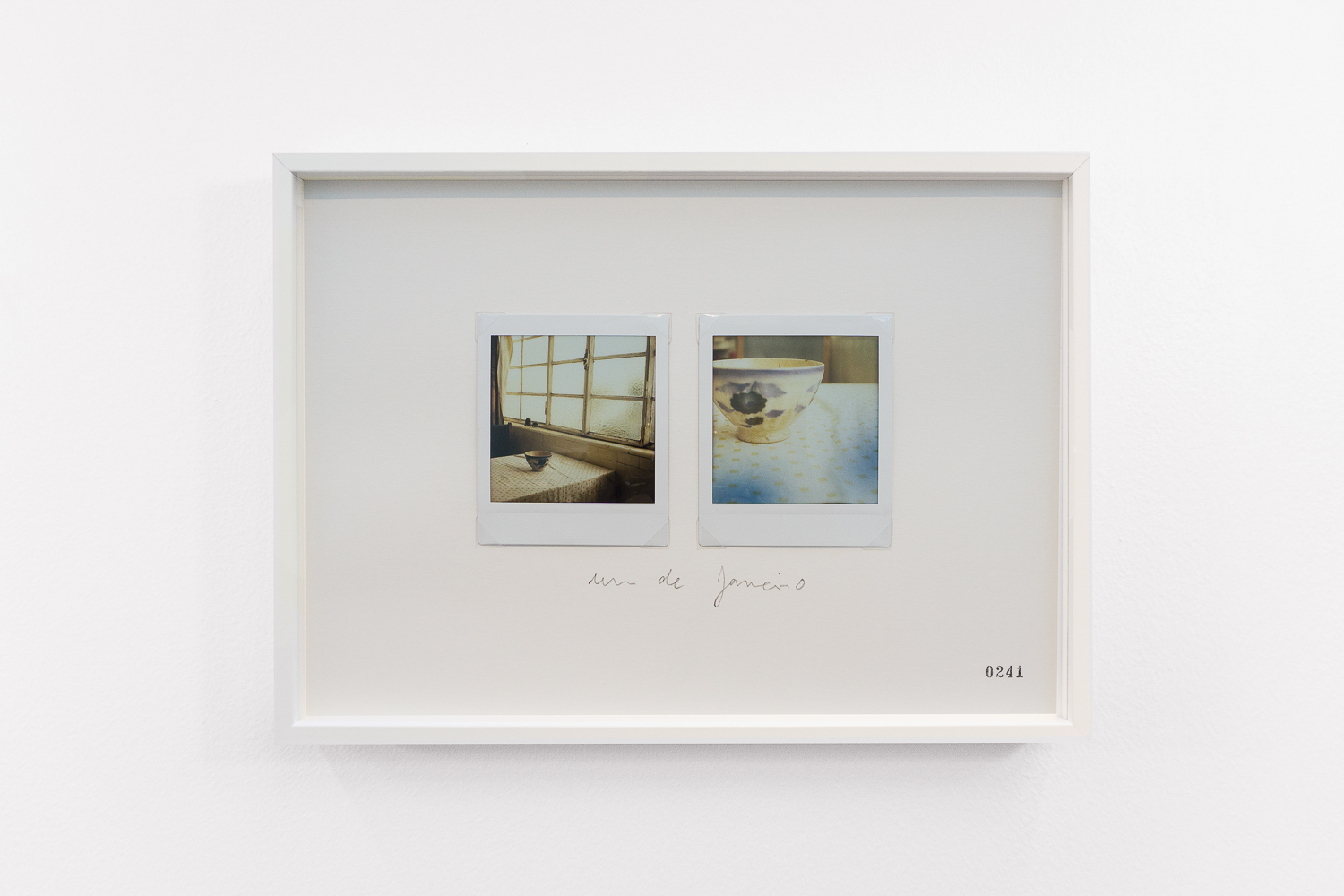 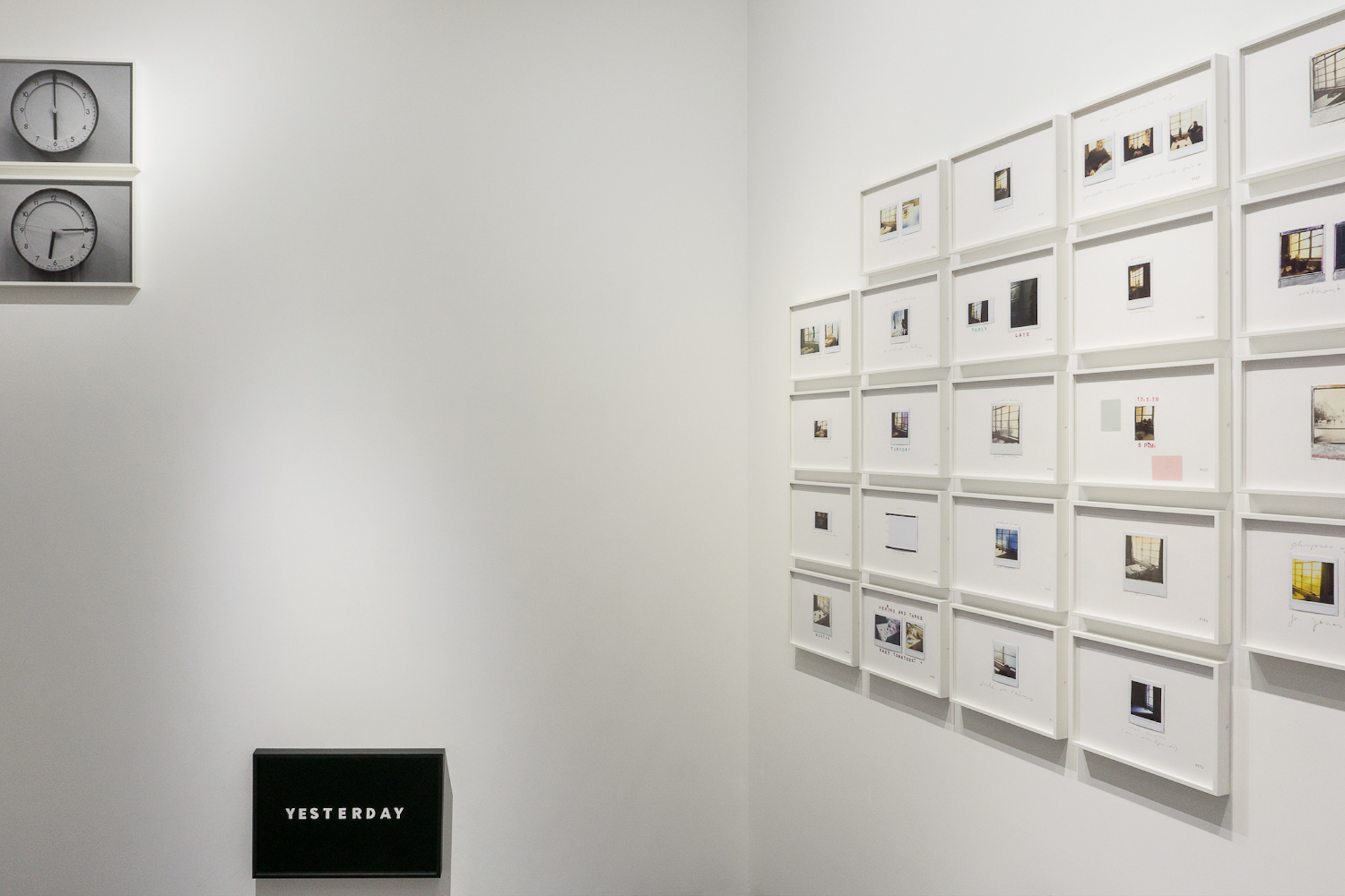 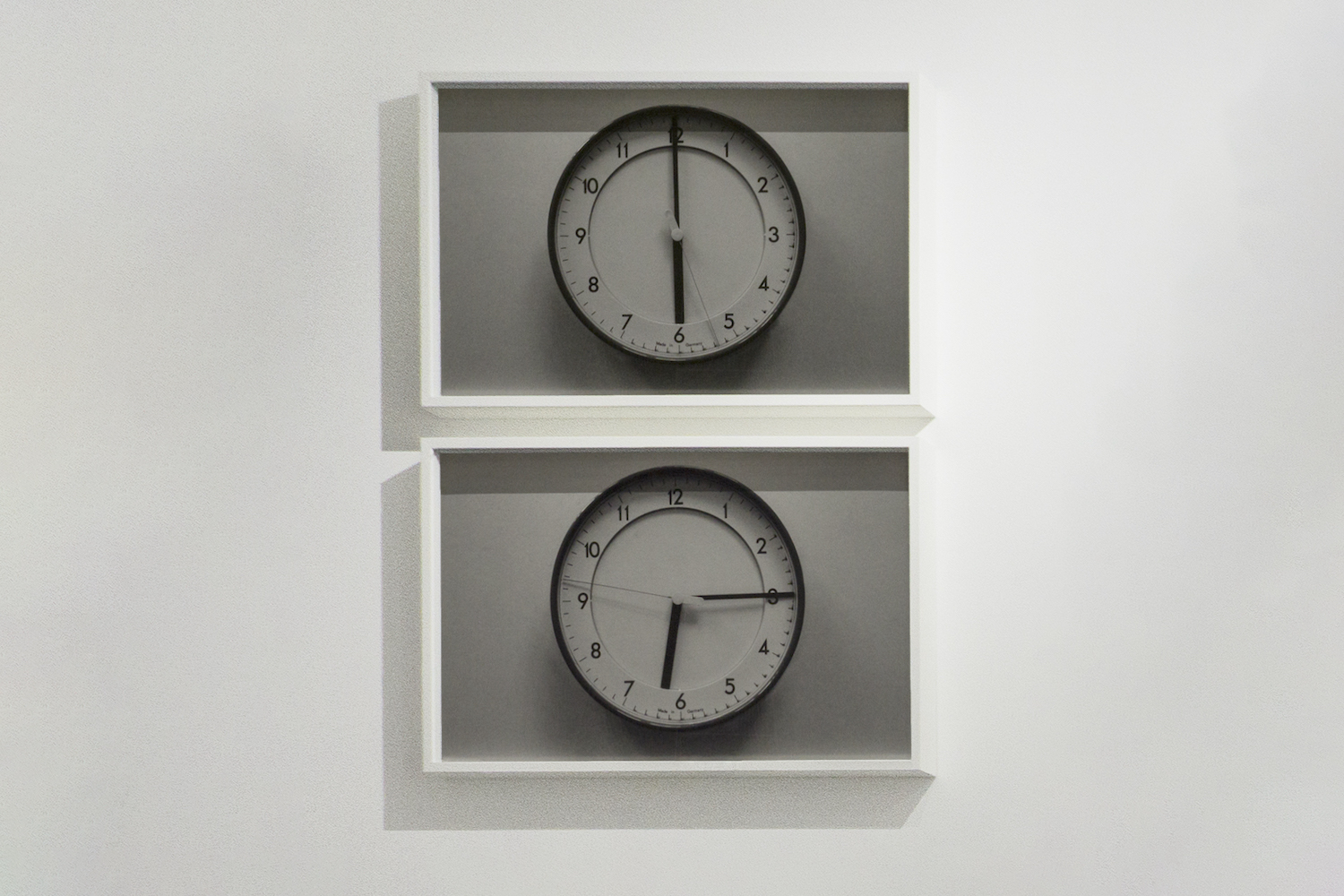 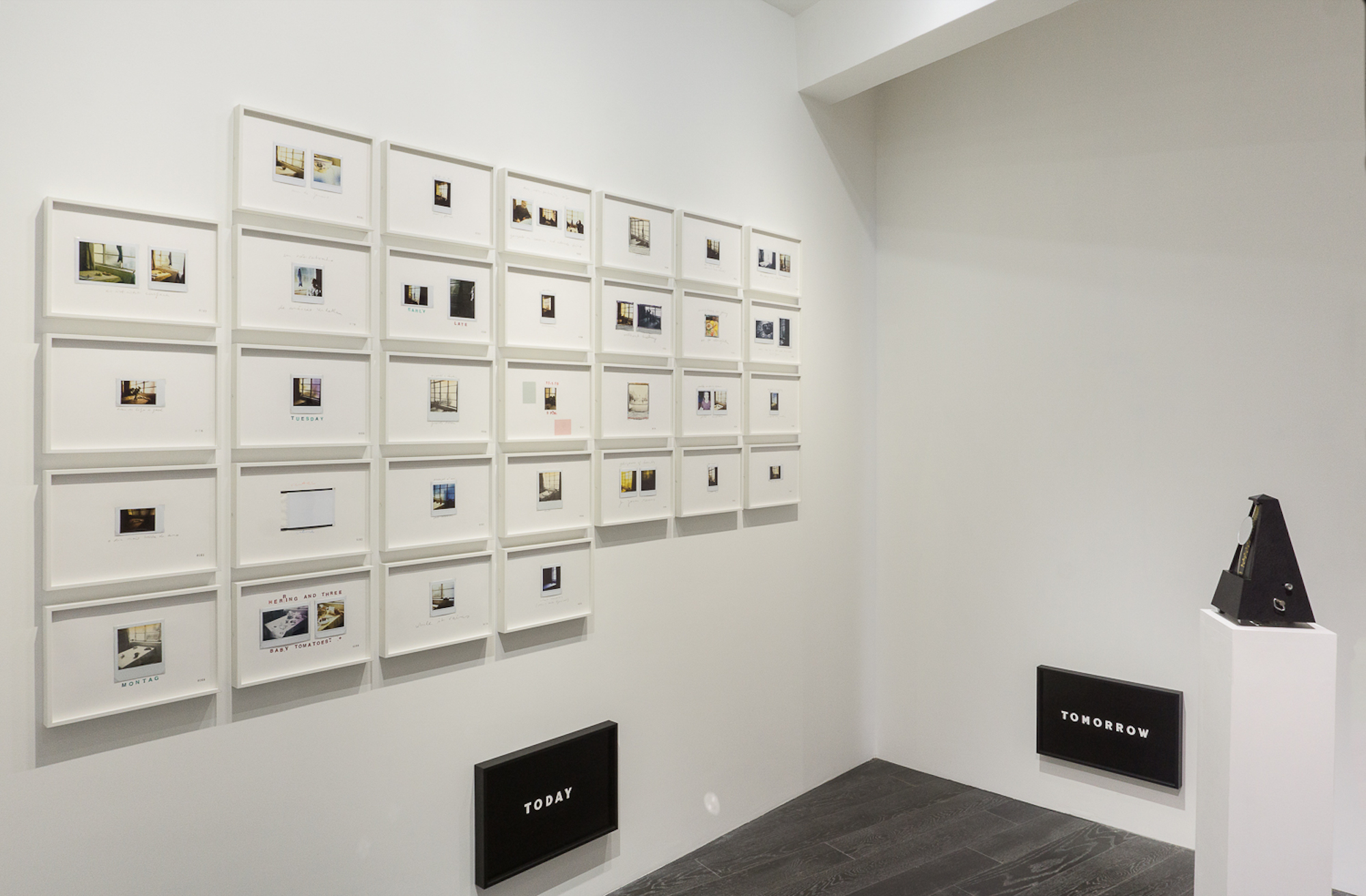 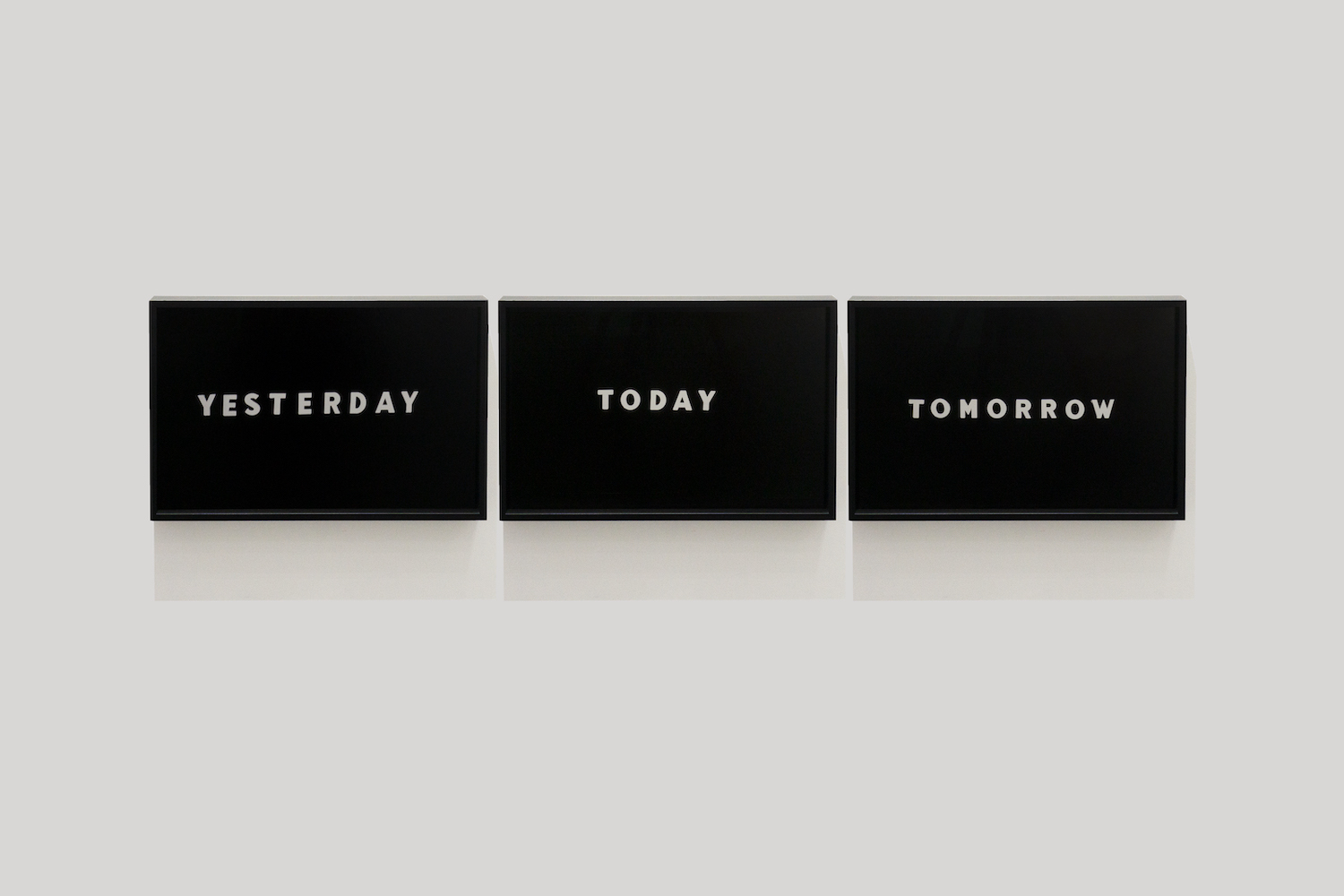 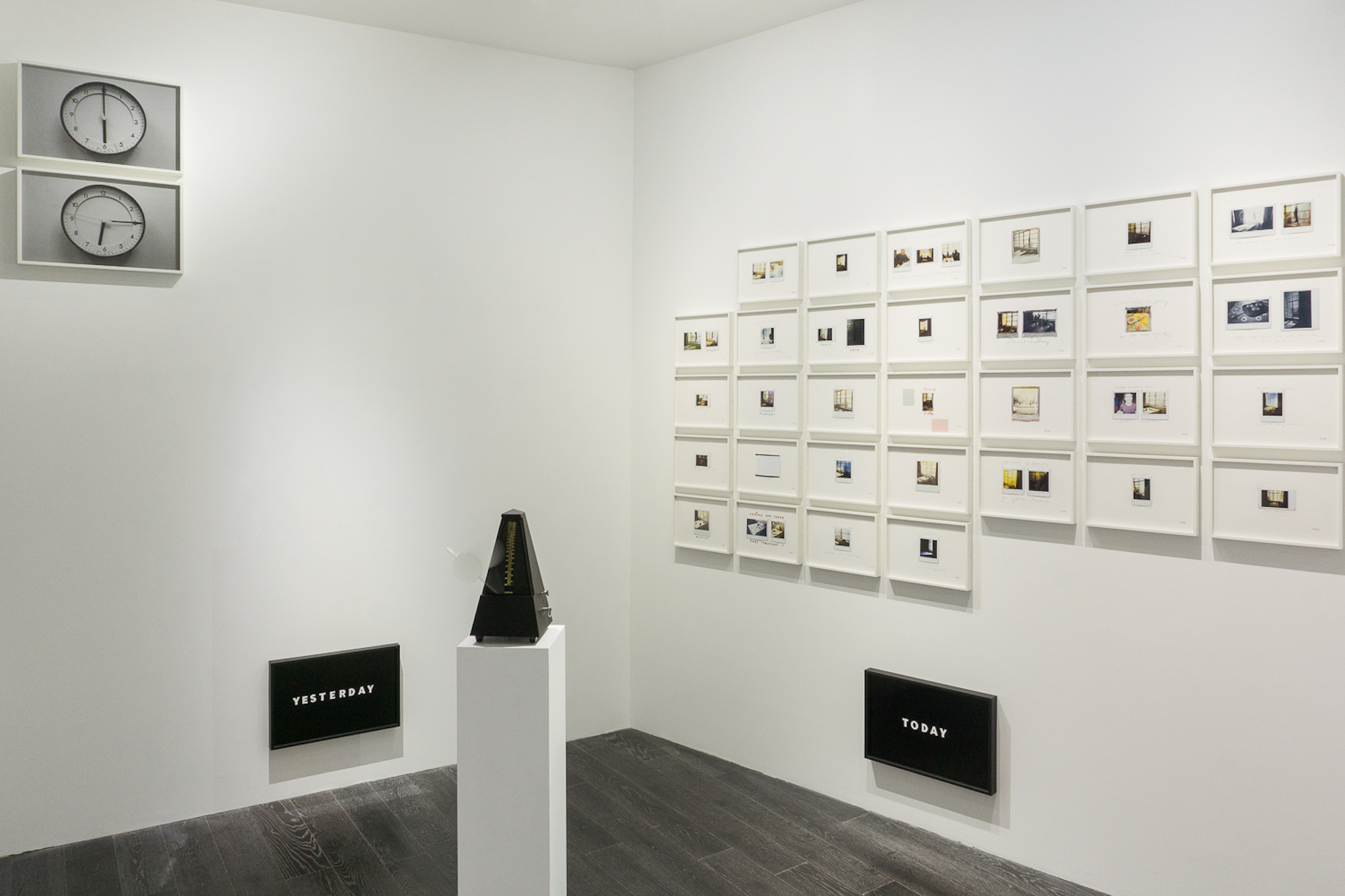 The Days Are Numbered (January)

Presented from 18 June to 3 September 2022 at the Jean-Kenta Gauthier / Odéon Gallery, The Days Are Numbered (January) is the second exhibition at the gallery of Daniel Blaufuks? (born in 1963, lives in Portugal) diary.

Since spring 2018, Daniel Blaufuks has been creating each day a meticulous composition of instant photographs and text on an A4 sheet of paper, before stamping a number on the front and writing the date on the back. Some days, he adds documents or objects. Entitled The Days Are Numbered, this vast project is like an imprecise diary recording events from the author's life, reflections on the world, literature and photography. Behind the melancholy punctuated by bouts of joy, anger, wonder and indignation, Daniel Blaufuks nurtures hope: by numbering each day, he counts the days that have passed and creates a kind of inverted countdown to his life.

The Days Are Numbered (January) focuses on items no. 241 to 271, which compose the diary for January 2019. This was the first time the author had written as a commentary on a day the very title of the series: "the days are numbered." (Sunday 6 January 2019). The Days Are Numbered has Daniel Blaufuks' obsessions as recurring visual motifs - photographs of two windows, flowers in his garden or rocks on the beach - and his words appear in the languages he uses in his life - Portuguese, German, English, French. The Days Are Numbered is like a lifeline for Daniel Blaufuks. By recording both the events and what separates them, The Days Are Numbered is the artist's counterpart to Attempting Exhaustion, his other large-scale project for which, since 2009, he has photographed his two windows, reiterating in photography Georges Perec's literary project in the text An Attempt at Exhausting a Place in Paris (1975), from which the title of the series is taken: "My purpose (...) has been to describe the rest: what one generally does not note, what is not noticed, what is not important: what happens when nothing happens, except time, people, cars and clouds." Because as Daniel Blaufuks says: we always photograph when something happens, never when nothing happens. What still happens then - that is the subject of Attempting Exhaustion.

The Days Are Numbered (January) also includes three works by Daniel Blaufuks which, in combination with his diary, put into perspective the questions of time, space and memory in the artist's work, and recall the role of literature in his practice.

Perpetual Calendar (2021) is a triptych of photographs made by Daniel Blaufuks as an evocation of the life of the Italian writer Cesare Pavese (1908-1950), the author of This Business of Living, his diary published after he took his own life. This triptych, which indicates the words "yesterday", "today" and "tomorrow", is a perpetual calendar and Daniel Blaufuks leaves it up to each individual to choose the order of the words and to control his or her own destiny. These words also evoke the several moments of the existence of a photograph and the memorial relationship we have with photographs, so that 'today', which in the exhibition accompanies the January 2019 diary, emphasises the importance of the moment when a photograph is seen.

15 Minutes (2010-2021) is a diptych of photographs showing a clock indicating 6.00 and then 6.15. A silent allusion to Warhol's 15 minutes of fame, the clock also emanates from Terezin (2010), a vast project undertaken by Daniel Blaufuks around the questions raised by the history of the Theresienstadt Nazi concentration camp, and initiated by the book Austerlitz (2001) by the German writer W.G. Sebald (1944 - 2001) in which a photograph of an office in Theresienstadt includes a clock indicating 6 o?clock. Fifteen minutes is perhaps also the time needed to look at the 31 items in the diary in the exhibition. The work plays with the temporalities of our lives, of photography, of the exhibition.

Finally, the multiple Les Jours [The Days] (2022) is an appropriation of Man Ray's ready-made, a metronome topped by an eye successively entitled Indestructible Objet, Objet à détruire and Perpetual Motive (1923-1971). The eye has here given way to a mirror, a recurrent element in the work of Daniel Blaufuks, who often sees it as a camera that does not record, and the incessant ticking seems to count the days, those of the diary, and ours.


From 25 June to 1 October, as part of the France-Portugal 2022 Season, the exhibition Daniel Blaufuks: Attempting Exhaustion will be held at the Centre photographique Rouen Normandie.

In September 2023, a major exhibition dedicated to The Days Are Numbered will open at MAAT - Museum of Art, Architecture and Technology in Lisbon.